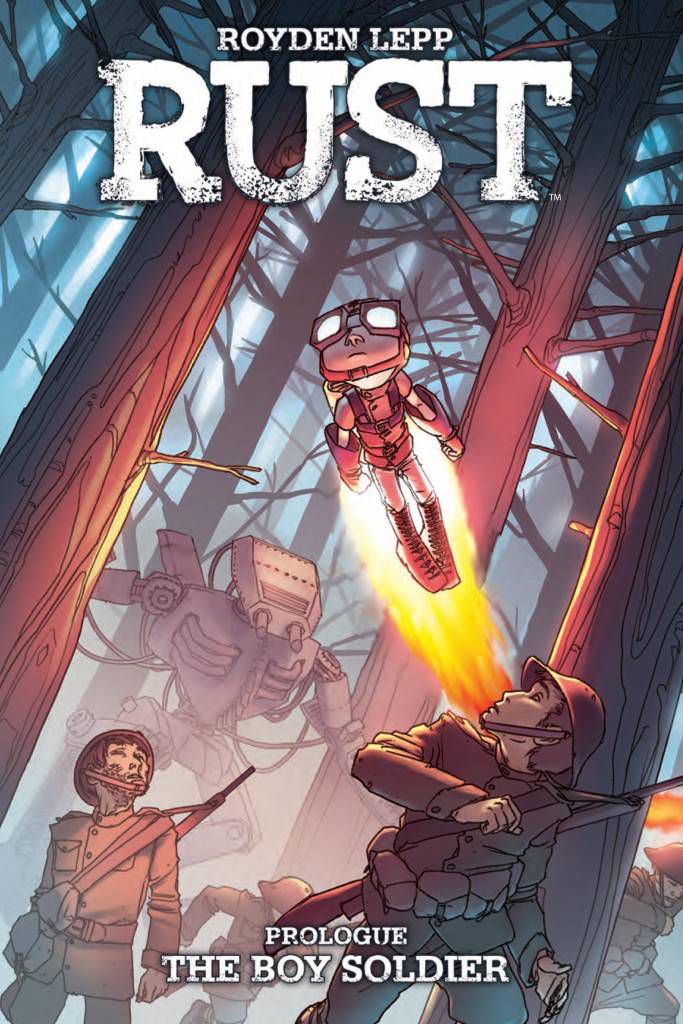 This giveaway is sponsored by Rust: The Boy Soldier by Royden Lepp.

Archaia presents Rust: The Boy Soldier, a new softcover edition containing the prologues from the three previously released Rust volumes, plus the never-before-seen prologue from the forthcoming fourth volume. Great starting point for new readers. Made to look like a boy, but built for battle, Jet Jones is a robot caught in the middle of an ongoing war. While trying to save lives, Jet discovers there’s more to him than he could have imagined. His experiences set him on a journey to learn what it means to be both hero—and human.

We have 10 copies of Rust: The Boy Soldier for 10 lucky readers! Just complete the form below to enter. Entries are limited to the United States and will be accepted until 11:59pm, Tuesday, April 5th. Winners will be randomly selected.