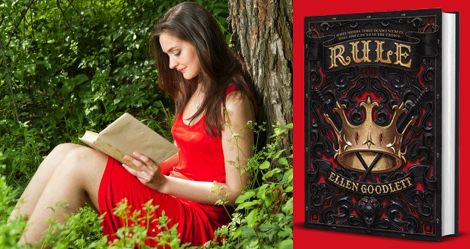 This giveaway is sponsored by Rule by Ellen Goodlett. 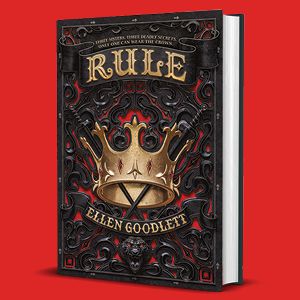 The king is dying, his heir has just been murdered, and rebellion brews in the east. But the kingdom of Kolonya and the outer Reaches has one last option before it descends into leaderless chaos.

Or rather, three unexpected options.

When the king summons the girls to his court, they arrive expecting arrest or even execution. Instead they learn the truth: they are his illegitimate daughters, and one must become his new heir. But someone in Kolonya knows their secrets, and that someone will stop at nothing to keep the sisters from their destiny… to rule.

We have 10 copies of Rule by Ellen Goodlett to give away to 10 Riot readers! Just complete the form below to enter. Entries are open to residents of the United States (excluding Puerto Rico and all other US territories) and will be accepted until 11:44:59 pm, September 18, 2018. Winner will be randomly selected. Complete rules and eligibility requirements available here.