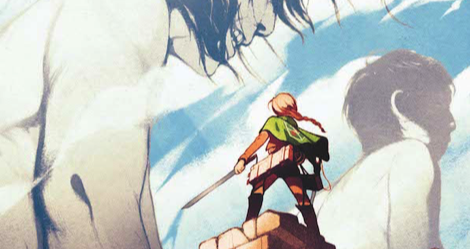 This giveaway is sponsored by Garrison Girl, an Attack on Titan novel, coming this August from Quirk Books. 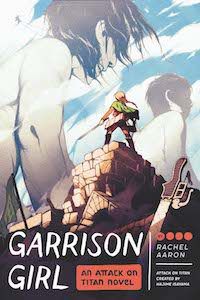 Just in time for a new season of the hit anime, Quirk Books presents Garrison Girl, a new YA novel set in the universe of Attack on Titan. In a world where carnivorous giants threaten humanity’s survival, noble-born Rosalie Dumarque isn’t content to sit back and let others fight. After joining the ranks of the Wall Rose Garrison, she is thrust into a dangerous new world, where she must earn the respect of her fellow soldiers, tangle with corrupt officers, navigate a forbidden romance, and survive an attack from a colossal titan.

We have 10 copies of Garrison Girl by Rachel Aaron to give away to 10 Riot readers! Just complete the form below to enter. Entries are open to residents of the United States (excluding Puerto Rico and all other US territories) and will be accepted until 11:44:59 pm, July 17, 2018. Winner will be randomly selected. Complete rules and eligibility requirements available here.