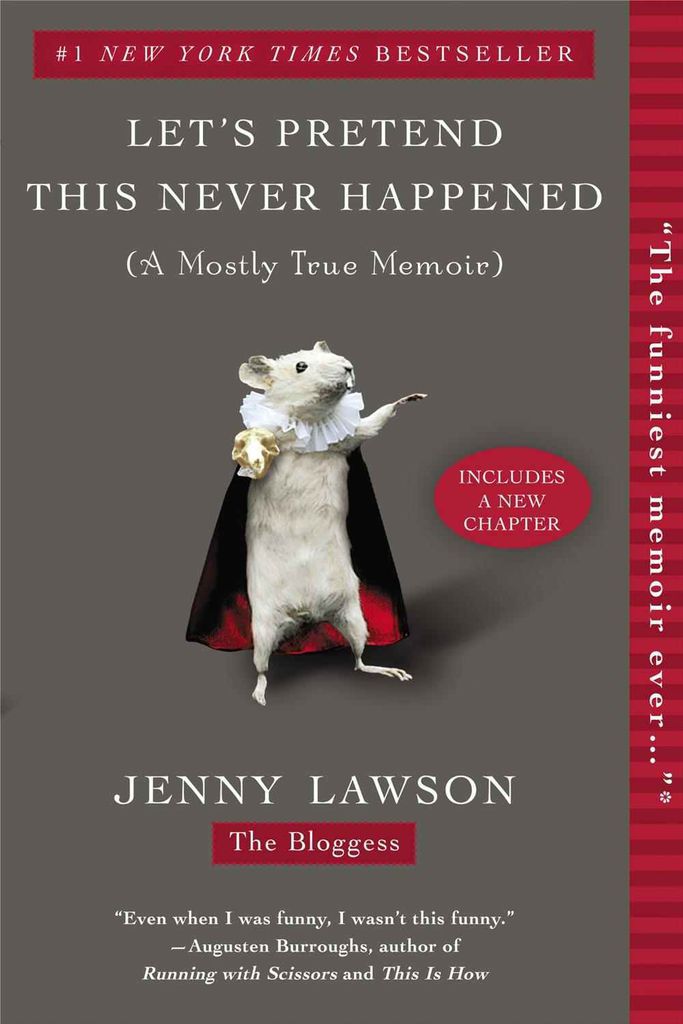 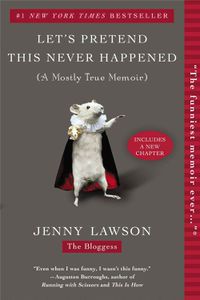 In this giveaway sponsored by Let’s Pretend This Never Happened by Jenny Lawson, we asked you to share the horrifying/embarrassing/totally ridiculous stories from your own life that you wish you could pretend never happened. Carey was selected as one of the finalists for this entry. The winner will be the one whose submission reposted at BookRiot.com gets the most Facebook “likes” by 11:59pm, Wednesday, March 27. The only way to vote is to click the Facebook “like” button just above this post.

I was raised by my Grandmother who was deathly afraid of mice. One day during my teenage years she became convinced that there was a mouse in the cabinet under the sink in the bathroom. I was sent in to investigate, of course. I opened the cabinet door to find a large woodchuck staring back at me. It had chewed a hole in from the outside through the wall. Eventually, it was shooed out the way it came in and the hole was repaired, but my Grammie never quite recovered from the event. From that day forward, she barricaded the cabinet door with gallon milk jugs full of water. Imagine having to explain that to friends.

Grammie also became increasingly frightened by the sight of any animals near the house. One morning I woke to the sounds of our car backing in and out of the drive way … over and over. Upon further investigation, I learned that Grammie had spotted a raccoon, decided it was surely rabid, ran to the car, and drove over it until she was certain it was dead. Imagine having to explain that to the neighbors.