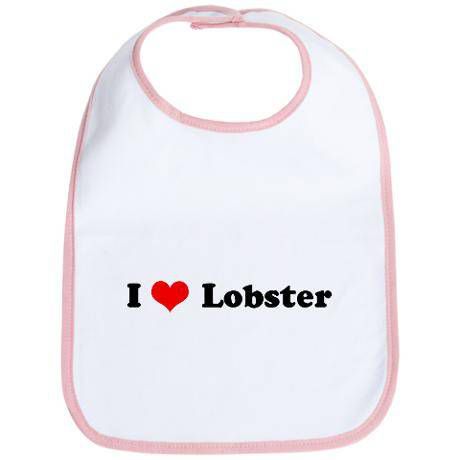 Abby S. was selected as a finalist in our Outlandish Stories from the Dating Scene giveaway, sponsored by Gotham Books and Girl Walks Into a Bar. The winner will be the one whose entry reposted on BookRiot.com gets the most Facebook “likes” by 11:59PM EDT, Friday, April 27. The ONLY way to vote is to click the Facebook “Like” just above this text on BookRiot.com.

Everyone knows that the best way to get over an ex to is to drink. So I did. The following ensued:

I had just ended my first relationship with a woman and I was confused. What now? Do I keep dating women? Am I totally gay or just kind of gay? These were questions that I never gave much weight while I was still happily in love with my ex. After we split, I decided to spend a lot of time at the local gay bar to figure things out. Straight people do it all the time, deal with breakups in bars, so I assumed gay people handled heartbreak the same way. I spent a lot of time in Poppies Gay Bar complaining about women, meeting new women, everything surrounding women. I eventually met a woman named Sherri who was going through the same thing, and we complained over beers. It’s easy to talk about emotion and pain when you’re a few drinks in, and inevitably the beers turned to cocktails, cocktails turned to shots, and before I knew it, I was locking lips with Sherri.

She seemed nice enough, and I was familiar with who she was because of her artwork. While I admired her talent, I didn’t know much about her personally. At the end of the night we split a cab, and I figured I wouldn’t hear from her again. I felt guilty for being so drunk and whiny over my ex, not to mention the sloppy kissing, so I decided to find her phone number through the lesbian grapevine and ask her out on a date. She apologized for her own drunkenness and we agreed that a proper date was in order.

I called her back two days later to arrange plans. I had a nice Italian place in mind. The kind with the authentic food and adorable accordion player. Before I could suggest it she said, “I know! Let’s go to Flame!” She was so excited about this idea that I decided to go with it. It must be noted that Flame is a high-end steakhouse that I had never been to. I was in college. Steak is expensive. How do you dress for this type of dinner? I went ahead and made reservations much to her delight. I was excited.

Then I looked at the menu online. Holy shit. This place wasn’t messing around. I decided that I could get by if I ordered the house wine and the chicken, as long as she got the most modestly priced steak on the menu. I didn’t understand the protocol for paying, so I just stuck with the standard rule that since I asked her out, I should pay. I never knew how to bring up the subject of going Dutch, especially with women, so I decided to just roll with it. That’s what credit cards are for, right?

The night of the date approaches and I decide to be old school and pick her up. We talk about movies and art on our way to the restaurant and I notice that I am sweating profusely. Nerves. It’s normal. She’s probably nervous too, I assured myself. We walk into the restaurant and the hostess seats us at a nice little corner table. We sit down. The date is starting. Our waiter asks us what we will be drinking, and before I could order the cheapest wine they offered, she says “Oh! Two Flirtinis please!” and then she turns to me, “My ex, Jill, she always used to order Flirtinis.” I thought this strange, but went with it. The drinks came and they tasted, girly? They were fine. But before the waiter could disappear she ordered some type of appetizer with sweet potatoes and marshmallows (yuck!) but she assured me that it was divine. She kept using words like that. Divine. Fabulous. Outrageous. I, on the other hand, felt anything but. I chose to wear a purple shirt that beautifully displayed my giant rings of armpit sweat that were dripping down near my rib cage. I still hope that she never noticed.

Before the waiter comes back to take our entree order, she begins talking more about Jill. I guess that’s fair. I did have a major bitch session about my ex at the bar, but that was pub talk! It’s different with a buzz. I thought it impolite to talk about the ex at a dinner that I was paying for, but I was too nervous to steer the conversation in a new direction. Eventually I summoned courage to ask her about her artwork, and she begin telling me about the piece she is working on, inspired by Jill, and it uses lots of oranges and reds, Jill’s favorite, and did you know that Jill is a weather girl on KDZK News? Great. Now I have to compete with the local weather girl. My hopes for this date are going down the tubes. Just when I thought it couldn’t get worse, it did. The waiter comes back to take our orders. I meekly order the chicken. She orders the lobster. The lobster. THE LOBSTER! To this day I will never know what my face looked like when I heard her utter those words. The lobster. Something you order for anniversaries, job promotions, or maybe a birthday. But first date?! Lobster.

I couldn’t think about anything else the during rest of the date. She was just cracking away at her giant crustacean, and I was calculating exactly how long it would take me to pay off the amount on my credit card. She kept putting away the Flirtinis, talking about Jill’s cup size, and devouring her meal. I was sick. I could barely eat. There was a moment when we realized that this was going nowhere, and luckily I managed to get the bill before she ordered an entire cake. Tip and all, it was a $250 dinner. Not exactly breaking the bank for some, but by far the most expensive first date I had ever been on. She let me pick up the bill, no questions asked.

As we walk back to my car, I think about going to the gay bar after I drop her off. Why not? It was a crappy night. I needed to let off some steam. But she beat me to the punch. “Hey, would you be able to drop me off at Poppies instead?” Of course. Of course. So I did. I dropped her off at the gay bar where we met. I went home and dived face-first into a tub of cookie dough ice cream. Naturally I had to tell all of my family and friends, and now whenever something goes really wrong, we always say “Wow, you got lobstered!” Yes. Yes I did.