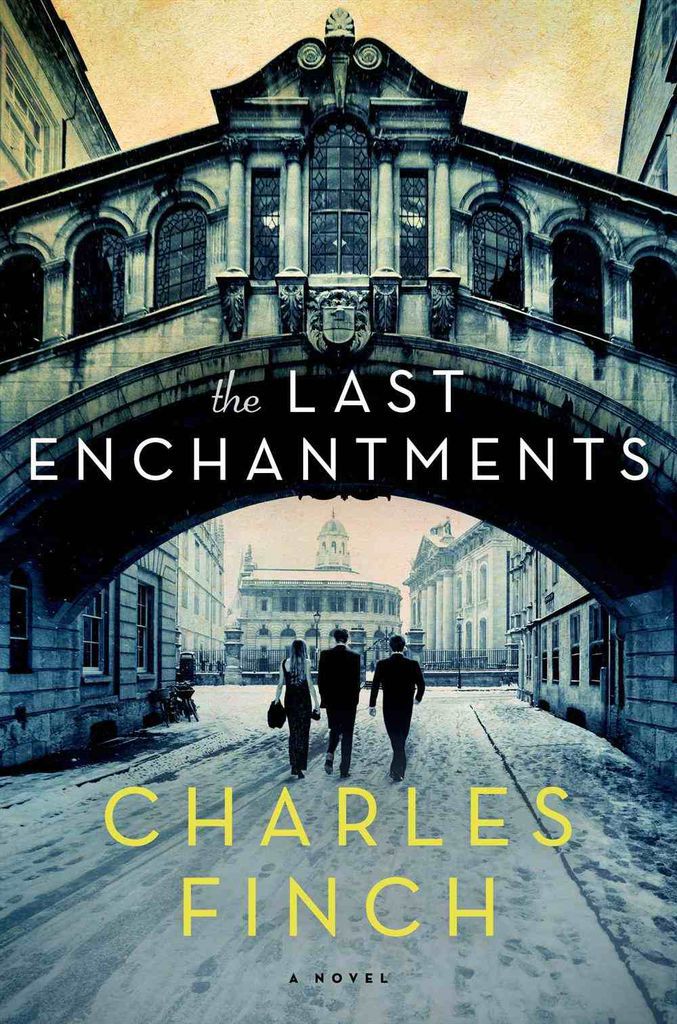 This giveaway is sponsored by The Last Enchantments by Charles Finch.

After graduating from Yale, William Baker, scion of an old line patrician family, goes to work in presidential politics.  But when the campaign into which he’s poured his heart ends in disappointment, he decides to leave New York behind, along with the devoted, ambitious, and well-connected woman he’s been in love with for the last four years.

Will expects nothing more than a year off before resuming the comfortable life he’s always known, but he’s soon caught up in a whirlwind of unexpected friendships and romantic entanglements that threaten his safe plans. As he explores the heady social world of Oxford,  he becomes fast friends with Tom, his snobbish but affable flat mate;  Anil, an Indian economist with a deep love for gangster rap; Anneliese, a German historian obsessed with photography; and Timmo, whose chief ambition is to become a reality television star. What he’s least prepared for is Sophie, a witty, beautiful and enigmatic woman who makes him question everything he knows about himself.

If the unending flow of news stories about Millennials is any indication, coming of age in the 21st century brings experiences, challenges, and relationship possibilities unlike those young people have encountered ever before. With this giveaway, we want to hear about the books that tell these stories well. Tell us about your favorite books about coming-of-age and falling in love in the 21st century, and you’ll be entered to win one of 10 copies of The Last Enchantments by Charles Finch.

Entries will be accepted through 11:59pm Eastern, Tuesday, February 4th, and winners will be randomly selected. This giveaway is open to readers in the U.S.