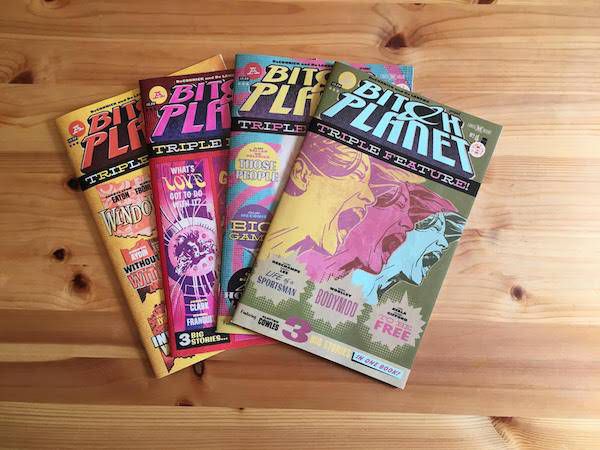 Bitch Planet by Kelly Sue DeConnick and Val De Landro is one of the most relevant and prescient comics happening both in this current political climate, and in many of our lifetimes. In the Triple Feature run, DeConnick and De Landro hand the reins of their universe over to three new creators to tell their own “teeth-clenching tales of rage, revolution, and ridicule.” Each issue also contains the essays from modern feminists that are well worth picking up individual floppies for.

We’re giving away the first four issues of Bitch Planet: Triple Feature. To enter, just sign up for The Stack, our comics newsletter, and get the best of Book Riot Comics in your inbox.

Just complete the form below to enter. Entries are open worldwide and will be accepted until 11:59pm, Monday, October 2nd. Winners will be randomly selected.