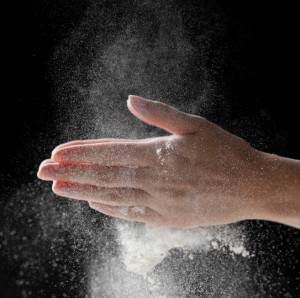 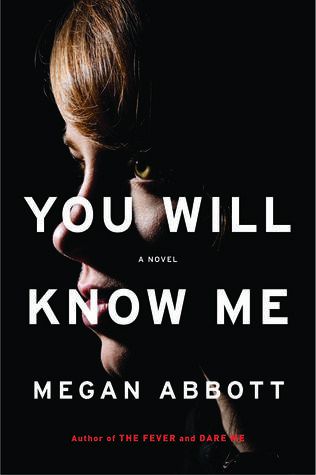 I’m in the middle of Megan Abbott’s forthcoming You Will Know Me out in July. It’s a mystery centered around a family that dedicates their time, energy, and money into their daughter Devon, a gymnast. She’s a bit of a prodigy and the family has been working to shape her toward Junior Elite status, then Senior Elite, with — they say only in whispers — the possibility of Olympic candidacy down the road.

Abbott’s writing is always compulsively readable to me, but there’s something about this particular story that is making me slow down a bit and really luxuriate. And it’s this: it’s a story about gymnastics, which is a thing I not only love, but which I find there really aren’t make stories around. I’m not well versed in gymnastics, at least not the way I was when I was younger, so this book is making me stop and look up the various things being referenced. A vault pit? I’d never heard of it and by the description Abbott created, I had no idea how that would look or work, since it didn’t sound like any vault I’d ever seen in televised competitions. When I looked it up, I fell down a rabbit hole of gymnastics training videos and regretting none of the time I spent watching them, even though it tore me away from the book. My experience enjoying gymnastics has always been on television — where it’s polished — and through the teeny tiny number of books out there about it. And those books, the ones I really relished, were about the dark underbelly of the sport.

I was obsessed with the 1996 US Olympic gymnasts. I remember everything about watching them compete; I knew their names, their ages, their specialties. I watched with fervor each night as they worked toward earning gold. Even though I was in sixth grade and far too old to get into the sport (which I had tried before, when I was younger, and chose instead to pursue dance), I wanted to do physical tricks like those girls did. I remember spending mornings waiting at the bus stop and trying to do backbends; it wasn’t until I was well into high school I finally managed to do one from standing up, rather than from lying on the ground. I remember asking my grandpa to take me to a sporting goods store to buy a pair of hand guards so I could practice arm skills on the top beam of my swing set in the backyard. I recall in pretty intense detail the sort of gymnastics skills I was playing around with when I began my first period, too: a candlestick on the obnoxious green-and-blue ’70s carpet in my living room.

Along with those cherished memories of leaving girlhood and entering womanhood (isn’t that a ridiculous phrase?), a conversation with my mom comes back to me. She knew of a book I’d probably like. It was a grown-up book, it was non-fiction, and it times, it might be scary or uncomfortable to read. 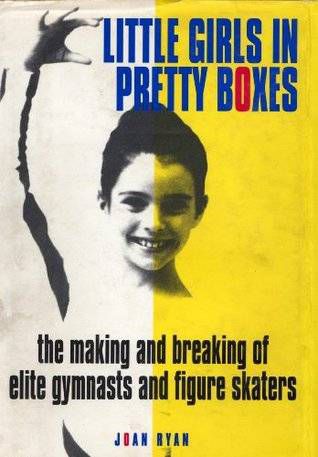 Those things ticked all my boxes then as much as they do now.

Little Girls in Pretty Boxes by Joan Ryan is not a pretty book. It’s downright ugly. I read it quickly, slurping up pages as fast as I could. I’d never quite read an adult non-fiction book like this before — I was in 6th grade, after all — and it made me look at the sport in a bit of a different way. It was the drama that was compelling and it was the drama that was utterly heartbreaking. This book was probably my first real introduction to the intensity of competition, to the lengths to which girls and the adults in their lives would go to be perfect, and it was probably the first time I read real stories about girls struggling with immense body pressure and eating disorders. I didn’t have the internet in 6th grade; this library book was my window to an entirely different world.

In a lot of ways, it made me grateful never to have been pressured to pursue the activities I did. I began a lot of things and quit them through my childhood, and Ryan’s book made me feel okay about those decisions.

There weren’t many novels about gymnasts back then, just as there aren’t a lot of them now. Once the Olympics ended, there was an onslaught of books about the gold medal team, which I scooped up and pored over. The one series I recall was called “The Gymnasts,” written by Elizabeth Levy. It was one of those series books we don’t see anymore: it followed a girl gang and their ups and downs as gymnasts. I remember loving to find a new one when I browsed the shelves at Crown Books under the butter yellow glow of the overhead lights. But those titles only stretched a few years, and by sixth grade, Ryan’s book under my belt, I was too old for them.

Gymnastics novels are few and far between. It’s weird to think that, since gymnastics are so full of power, of drama, and of opportunities to exploit storylines. The girls (and boys!) who participate are fascinating and they deal with incredible pressures inside and outside the gym to pursue their passion. In a lot of ways, gymnastics offers a lot of the same potential stories as ballet novels do: girls (and boys, but especially girls) doing things with their bodies that are powerful, that command attention, and that demand strength, agility, and commitment.

There’s a difference, though. Ballet and dance allow for far more sensuality than gymnastics. Where dancers can be graceful and sexualized, where they can be cut and sewn to make a story that’s raw and hot, gymnasts can’t. Their bodies and their stories are much more about strength than sexiness. Even thinking about they girls dress for their respective sports says a lot — dancers work toward pointe shoes, an image that’s at once beautiful and breathtaking and, despite how hard they are and how tough girls need to be to wear them, they’re delicate. Ballerinas wear swishy skirts and work their bodies in ways that, at times, mirror bedroom acts, whether they’re possible or imagined.

Gymnasts, on the other hand, don’t have similarly sexualized images. Their bodies, for one, don’t develop in quite the same way — even Abbott makes a point to talk about how gymnasts need to be kept childlike, underdeveloped, so their breasts and hips don’t sprout before the girls reach their prime. We know dancers face pressures for body perfection, too, but it’s not to keep them fit like children; it’s to make them graceful looking women. Gymnasts don’t have a single image that connotes their sport in the same way ballerinas have pointe shoes. Their shiny bodysuits don’t serve to accentuate their bodies; they keep them bound.

Dancing allows room for romance. It almost demands the tension that comes with partnering, with drama about who will be the prima or lead role in the next show. It’s not as intensely individualistic as gymnastics is. In a lot of ways, I wonder about what the lack of stories about those girls pursuing gymnastics says about how we perceive girls with that level of perseverance for their own, individual talent and raw physical strength. There is far less room for a budding heterosexual romance in the gymnasium than there is in the dance studio. (Which, of course, begs the question of whether there’s immense opportunity here for other types of romantic relationship to occur — give me that book, please!). 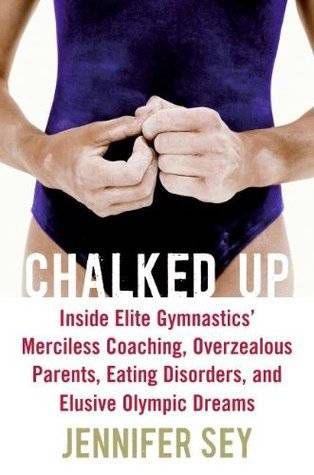 During the last Olympics season, I discovered Jennifer Sey’s Chalked Up, a non-fiction work that looks at the disturbing side of gymnastics. It’s not too far from Ryan’s book, though it’s a bit more of Sey’s own memoir than it is exposé. I didn’t know anything about Sey nor her own career in the sport, and I think there’s a lot to say about how you can view gymnastics when you don’t know the eyes through which you’re learning about it. Of course, after I gobbled that one up, I picked up Dominique Moceanu’s memoir Off Balance. She was, of course, 14 when she was part of the US gold team, the very one that left me excited and inspired in 6th grade. Her book was eye-opening, far less for what she experienced — I’ve been around the block with the Big Issues — and more for how the politics of gymnastics work in the US, as well as how the Karolyis have such a powerful hand in shaping the sport.

I come back to Abbott’s book thinking about how I want more YA novels about gymnasts. The only titles I can come up with that are moderately recent, even after a good search, are Hilary T. Smith’s recent A Sense of the Infinite, where the sport is far more background than central, and the forthcoming Tumbling by Caela Carter (coming out in June from Viking). 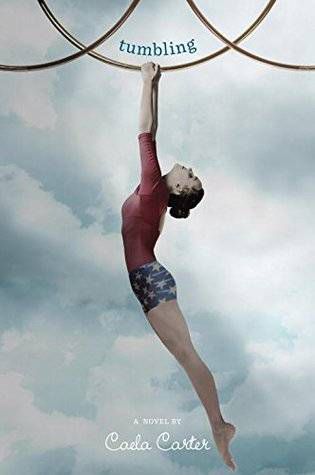 I like to think the venn diagram of readers who love ballet/dance stories and readers who love gymnastics stories is a near perfect circle. So it’s surprising how rarely we read these books. I’d love to read more, to fall into the competitive stories, to see the determination, the flexibility, the agility, and the demand for attention and strength appear in more novels, especially in YA land. Junior elite, senior elite, and Olympic level girls are in their prime young teen years; there are untold stories here.

Gymnastics might not be the sexy, sultry sport that ballet is, but there’s a hole in on the shelves where these books belong. . . and there’s little doubt that readers would devour them.