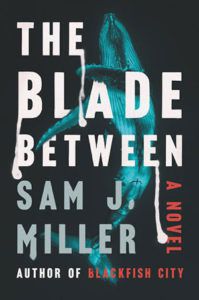 From Nebula Award winner Sam J. Miller comes an uncanny ghost story… Ronan swore he’d never return to Hudson, but his father is ill and New York City’s distractions have become too much. Once back in town, he reconnects with two friends from high school. The three mourn what their town has become—overrun by gentrifiers and corporate interests—and craft a plan to rattle the newcomers, exposing their true motives. But in doing so, they unleash something far more mysterious and uncontainable. Ronan must summon the very best of himself to save the city he once loathed. 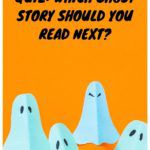 Everyone is afraid of at least one thing. Me, I’m afraid of a lot of things. Horses, heights, public speaking—the list goes on and on. These are all very real things that people encounter as they go about their lives. But I have a friend whose number one fear is ghosts. She’s terrified that they’re around her and she doesn’t know it. (I thought of her the other day when I was watching an episode of Don’t Trust the B—- in Apartment 23, and one of the characters wondered if ghosts had seen all his passwords. )

That’s exactly what makes them so scary—do they exist and are they around us? Everyone has an opinion about ghosts. I don’t think they exist, but I am still afraid of them. Just in case. Which means I wouldn’t go looking for them and you won’t catch me sleeping in a haunted house overnight. I also don’t enjoy being frightened in real life, like haunted hay rides and that sort of thing, but I love a good scary book or movie.

And I don’t need it to be Halloween to enjoy a good scare. I love ghost stories all year long. So do millions of people, obviously, or A Christmas Carol wouldn’t still be such a popular story. Although, if it were me, and a ghost showed up and said, “Hey, lol, three more are on the way,” I don’t think my nerves could handle it. I’d probably die of fright the first time. That Scrooge, he had real ice in his veins.

But back to the ghosts: there are a ton of great ghost books out there for everyone, featuring a range of hauntings from friendly ghosts to harmful spirits. This quiz will help you figure out which one you should read next.