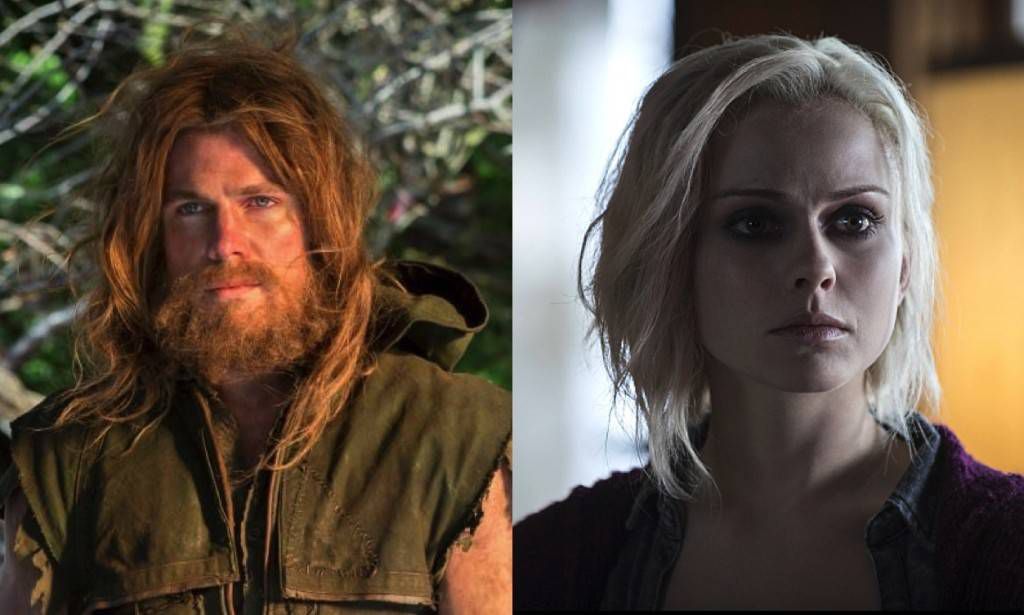 Most notable, however, is the wig—no wiggity.

Hiding your identity? Hail a hairpiece! Reliving a flashback? Raise the rug! Donning an evil persona? Do what Donald does.

From best to worst, here are the seven wigs that are in my crosshairs—whether they impress me, distress me, or give me the wiggins. 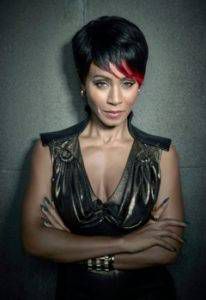 In a show hampered by its fevered sprint through the entire Batman mythos without Batman, Fish Mooney (as played by Jada Pinkett Smith) is a breath of fresh air. Her style, personality, name, and—yes—wig make her one of the best aspects of Gotham’s first season.

She’s a mob boss who operates in the theater district, and her design reflects this. Her hair is sleek and distinct with a little pop of crimson pizzazz. Though the wig is a vital set piece designed to arrest attention, the show has no issue pulling back the curtain and revealing that she is, in fact, wearing a wig. It just requires some adjusting after she beats down her opposition.

Kudos, Gotham, for making a “best of” part of a list, even if just once. 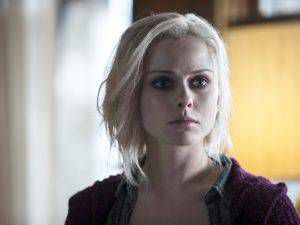 It only just dawned on me that Rose McIver has to wear a wig while playing Liv Moore on iZombie, and I say this as a diehard fan of the show.

Too many wigs pull an Icarus and fly high towards to the proverbial production sun. They’re big! They’re bold! They’re luxurious! They’re…unrealistic.

Liv is a stressed-out former-medical-resident-turned-coroner’s-assistant and murder investigator. She’s also a zombie. There are no TRESemmé commercials for the living undead.

As such, her hair is regularly unkept and frayed; it’s never the center of attention. It looks like regular (prematurely white) hair. It also helps that her hair and skin are the same wintery white, so I’m never once drawn to scrutinize her hairline. 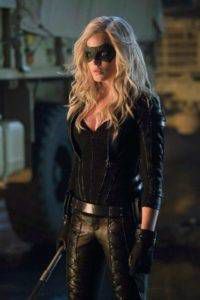 On the flipside, Sara-Lance-as-Black-Canary does look like she belongs in a TRESemmé commercial, and that’s fine because it fits. Like Fish Mooney before her, the show (Arrow) is not remotely pretending like she’s not wearing a wig.

Her wig is a disguise and solidly gets the job done. Strands of hair don’t bizarrely rest on her face, and the wig is not so voluminous that I wind up confusing her with a crime-fighting dandelion. 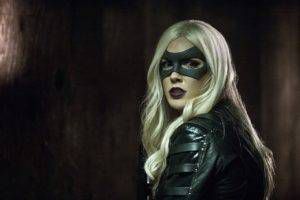 Laurel, on the other hand, could use a wig word from her sister. At its resting state, Laurel’s Black Canary wig obscures and drowns out her relatively narrow face. That’s great for hidden identity purposes, but lousy for vision.

Someone in the hair department should consider literally cutting the rug—maybe just by a hair in the front. The rest of her design—the layering, the superior domino mask, the black lipstick!—proves that fine feathers make a fine canary. It’s type to elevate her hair to that perch. 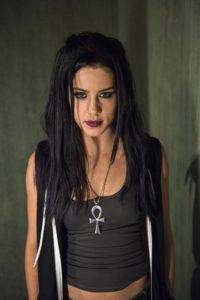 One of my favorite design elements to Arrow‘s Felicity Smoak (played by Emily Bett Rickards) is her right ear’s industrial piercing. It’s a detail that elevates a generic design into something that hints at an edgier past for the character.

Personally, I see college-age Felicity Smoak as more of an alternative type of gal. I can also consider soft grunge, scene, or even pastel goth. But full goth/cyberpunk? That’s way heavier than I’d expect.

Also heavier than I’d expect? That wig. It doesn’t remotely match the texture or bulk of her natural hair, leaving her looking like a rug rat wearing a rat rug. 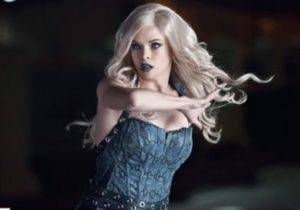 Too often in genre fiction, when women turn to the moral “dark side,” they also turn to the sexy side. I’m not too keen on that trope; it promotes the whole madonna-whore complex, equates sexuality with villainry, and reeks of straight dude fanservice. It’s also boring.

For Caitlin to become this version of Killer Frost that briefly appeared in the Flash‘s first season, she’d have to undergo some drastic physical change—hence the paler skin, hair discoloration, neon blue eyes, and ice powers.

The drastic hair volume change, however, calls immediate attention to the fact that Danielle Panabaker is wearing a wig even when Caitlin Frost shouldn’t be. Sadly, that avalanche on her head reminds me more of Ultra-Humanite than it does of her civilian identity.

Face-heel turns for me are more effective when pieces of the original character are still visible in the aftermath; it makes the betrayal more heartbreaking. In this wig and design, all I see is ill-matched cosplay for the character. 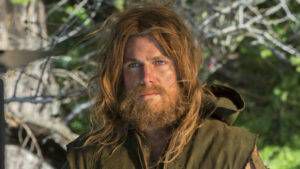 The island was a traumatic experience for more than just Ollie and I need someone toupée for those crimes. 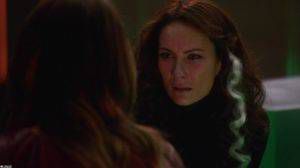 Astra, your hair clip juts out from the side of your head and hangs at a different weight than the rest of your hair. I love Supergirl‘s inherent cheesiness, but this evil-twin-is-evil design just takes it too far.