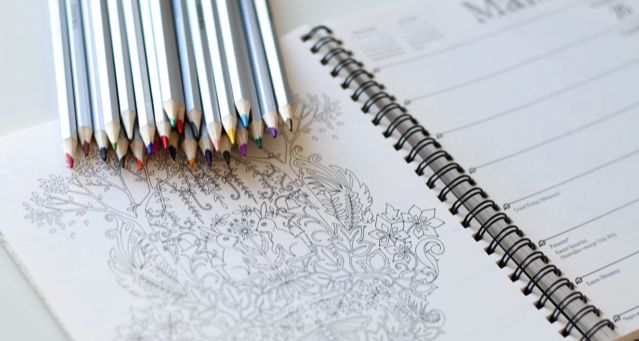 Critical Linking, a daily roundup of the most interesting bookish links from around the web is sponsored by Get Booked: The Handsell.

“There are, unsurprisingly, copious illustrations of medical procedures and anatomy, like that below from the Library at the University of Barcelona. There are vintage advertisements, ‘canoe-heavy content’ from a Canadian museum, as Katherine Wu reports at Smithsonian, and war posters like that further down of Admiral Chester Nimitz asking for ‘the stuff’ to hit ‘the spot,’ i.e. Tokyo –from the Pritzker Military Museum. ‘The only commonality shared by the thousands of prints and drawings available on the NYAM website is their black-and-white appearance: The pages otherwise span just about every taste and illustrative predilection a coloring connoisseur could conjure.'”

“But if the compelling stories are fake or inaccurate, we can’t say they are just whimsy or honest mistakes. The major audiences for American Dirt and Ten Thousand Sorrows are white women who are reading about brutalities (a child being crushed by a garbage truck in Cummins’s novel, rape and more rape in both works). They believe in the act of reading that they are learning about another culture, developing empathy and doing ‘something’ about the border crisis or about Korean adoptions. But the opposite is happening. They are imbibing erroneous stereotypes about the people Cummins and Kim ironically state they are trying to ‘humanize.'”

“But Japan’s answer to Agatha Christie and John Dickson Carr – writers Yokomizo greatly admired – never made it to the UK. The first English translation of The Honjin Murders was published 73 years after it first appeared in Japan, when Pushkin Vertigo released Louise Heal Kawai’s translation at the end of last year. Now the independent press is publishing Yumiko Yamakazi’s translation of Kindaichi’s second outing, The Inugami Curse, in which a series of disturbing murders begin after a wealthy man’s will is read to his family.”