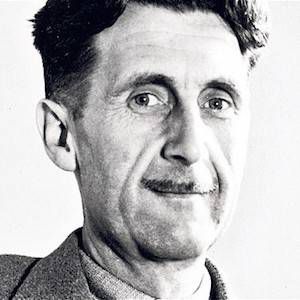 This is a guest post by Rah Carter. Rah is a British introvert with perhaps too much time on their hands. They generally try to fill this time by attempting to devour as many books as possible so they can justify buying some more. In between reading these assorted tomes and comic books they might be found blogging, writing first drafts of fantasy novels, or knitting whilst watching Star Trek or Buffy The Vampire Slayer. They are a firm believer in filling life with things they can get excited about, and direct this passion towards a plethora of topics including feminism, philosophy, queer representation, Victorian culture, and Harry Potter. One day they plan to actually finish writing that novel, and to take up beekeeping. Follow them on Twitter @triceratops23.

There are three twentieth century white male (and dead) writers who I hold a deep desire to be friends with. J.R.R. Tolkien. C.S. Lewis. And George Orwell. And this year, as I have found myself falling in love with reading again, Orwell in particular has appeared again and again on my reading list. His memoirs (including Down and Out in Paris and London), his essays (including “Books vs Cigarettes” and “Why I Write”), his fiction; I’ve been enjoying it all. And with this reading has come a lot of time for asking myself what it is that I like so much. Why am I so excited about these books? And then, why does anyone ever feel excited about any books?

I like books, and stories, that shock me. Books where you reach the end and feel thoroughly shaken with the thoughts of “What the hell did I just read?” It’s not the shock value itself that is valuable here. Rather it is the reasons why something was shocking. I have a lot of respect for people who realise that art (literature included) isn’t just art. Art doesn’t have to just be entertainment. Stories are more powerful than that. Often more powerful than we realise or even intend for them to be. After all, if books do indeed belong to their readers, then we can never truly predict how our words will resonate with those who read them. Any book can influence, and inspire, and bring people to a greater understanding of the world in which we live. And so I like writers who attempt to harness this power that they hold. Writers who attempt to use their words reveal truths, in Orwell’s case, truths that we would often prefer not to be aware of.

Of course the truths that I find revealed in 1984, or Animal Farm, or any other such book, may well not be the same truths that those works were originally written to reveal. More than half a century has passed. Some things have changed. I am viewing the world, with its people and politics and poverty, through a rather different lens than that which Orwell would’ve seen it. But I would venture a guess that things aren’t really that different. Situations change, but some things remain the same.

I finished Animal Farm last week. My reaction was extremely similar to when I finished 1984 a couple of years before. I closed the book and sat staring into space for some time, processing, and reflecting. Both books enticed me, had a certain charm within the bleakness, and then horrified me with their endings.  They horrified me less because of what happened within the story than because of the weight of that story. It’s the shock value of a dystopian story in which you can pick out many parts of their world which hold true in our world too. (I felt this same way reading The Hunger Games.) A story which is set up to be something that we recoil from, but then shows us that actually it’s our own world that we should be recoiling from.

Now there are many things in life that are good, I believe that my own life is not one that would make a good dystopian novel. But I also love that art has the power to make us question things, to make us look deeper at ourselves and at our world.

And so I love George Orwell because he makes me ask these questions, and reminds me not to be satisfied or complacent. Perhaps it helps that I often find myself agreeing with his opinions. But I love him because he can get me excited about life, about how the world could be better, about books. And yes I love him because he could write a bloody good story. So if in some other life he’d like to hang out with me sometime, that will be fine by me!