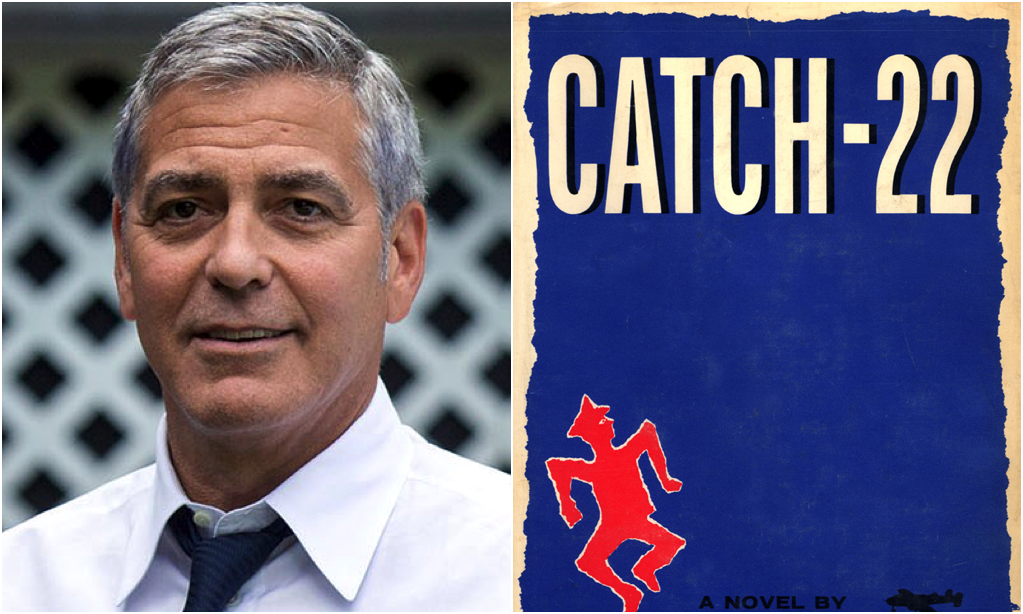 George Clooney is coming back to the small screen! He will be be directing and starring in a  six episode mini series of Joseph Heller’s classic satire, Catch-22 .

Catch-22 is the World War Two tale of Yossarian, a bomber pilot trying to avoid dying in the war. His efforts are, however, constantly thwarted by Colonel Cathcart. For a soldier to complete their service, they must finish so many missions, and the Colonel keeps raising this number. Yossarian gets caught up here: the only way to be excused from service is to be considered insane. If you try to get excused from service, however, you are considered to be sane, and are therefore unable to be excused. The only way to be considered insane is to continually put yourself in danger, mission after mission.

This, obviously, will not be the novel’s first adaptation. It was made into a film that was released in 1970, starring Alan Arkin. Almost fifty years later, I think a remake is welcome.

Clooney will be at the helm, directing and playing Colonel Cathcart. The series will be made with Paramount Television and Anonymous Content. It has not yet been attached to a network, and is set to begin filming in 2018.