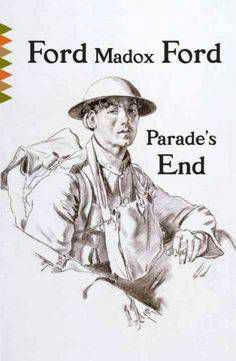 World War II looms larger in many national memories, but now’s not a bad time to have—or develop—a susceptibility to the genre kryptonite of a different war. This summer will mark the centenary of the beginning of the First World War, and the publishing world is looking to commemorate the anniversary (or, less charitably, cash in on it) with new titles including Jennifer Robson’s Somewhere in France, P.S. Duffy’s The Cartographer of No Man’s Land, and Anna Hope’s Wake.

But the war itself produced vast amounts of literature, as did its direct aftermath. Washed in the blood of the Lost Generation, a new Europe would appear in 1918 and later—one without an Austria-Hungary, but with a smattering of new countries in its place; one without a Russia, but with a massive new Soviet Union; one with a new (im)balance of power, a new outlook, and much to come to terms with. Literature had a lot to deal with, and there’s an embarrassment of riches in this genre.


You can’t really talk about WWI literature without talking about the Great War Poets Wilfred Owen, Siegfried Sassoon, Robert Graves, and Rupert Brooke. (You won’t want to forget John McCrae, either, of “In Flanders Fields” fame, but he was Canadian.) Brooke, who died early in 1915, before even reaching Gallipoli, left behind idealist poems like “The Soldier,” steeped in patriotism and willing to celebrate “[t]hat there’s some corner of a foreign field/That is for ever England.” Owen, who died only a few days before the Armistice, is best remembered for exposing “[t]he old Lie; Dulce et Decorum est/Pro patria mori” with grisly images of “the blood/Come gargling from the froth-corrupted lungs,/Obscene as cancer, bitter as the cud.” My personal favorite, though, is Siegfried Sassoon. Known to his fellow infantrymen as “Mad Jack,” Sassoon’s poems are frequently described as “bitter.” He jokes, darkly, in “To Any Dead Officer,” that “If I were there we’d snowball Death with skulls;/Or ride away to hunt in Devil’s Wood/With ghosts of puppies that we walked of old.” But he ends the poignant poem, as he often does, with a hard SMACK: “Cheero!/I wish they’d killed you in a decent show.”

The Good Soldier Svejk by Jaroslav Hašek
Hašek’s novel—a rather massive one, serialized and incomplete at the time of the author’s death, though its picaresque nature hardly calls out for an ending—is placed on the one hand in what will become familiar Great War territory: the nexus of dark humor and blinding tragedy, doused in the absurd to keep things somewhere approaching sane. It may be unfamiliar, though, in its focus on not only the Central Powers side of the war, but on the Austro-Hungarian side of the Central Powers, not to mention on an ethnic minority within Austria-Hungary. The title character, Švejk, is something of a Czech everyman, as cunning as he appears stupid and determined to get out of any danger possible and into any fun. Elsewhere in Great War literature you may find tragedy punctuated by dark humor; here it is the other way around. More (sort of) like this: Embers and Rebels, both by Sándor Márai, are, in a very different style, novels of a dying Austria-Hungary.

Unusual Suspects Newsletter
Sign up to Unusual Suspects to receive news and recommendations for mystery/thriller readers.
Thank you for signing up! Keep an eye on your inbox.
By signing up you agree to our terms of use
A standard one-volume history—Keegan is readable and no-nonsense. There are a number of good options for straight nonfictiona about the war, including histories by Hew Strachan and Margaret Macmillan, and Christopher Clark’s volume on the Sleepwalkers who got Europe into the war.

The Missing of the Somme by Geoff Dyer
Dyer writes excellent narrative nonfiction, and when he turns his eye to the First World War and takes a road trip through Flanders and northern France, it’s an opportunity to explore not just the horros of war but the making of memory. He visits battlefields and traces the historiography of how they’ve been described first by soldiers, then by early historians, through to today and his own impressions. What do the miles and miles of meticulously tended graves mean to the French and English who visit them to this day, including Dyer himself? Dyer begins by the reader in the place of an interwar survivor, experiencing the “overwhelming, shattering” effect the two-minutes’ silence had throughout the Commonwealth, tracing ideas of remembrance from then through another World War and down the years to the end of the century. More like this: The Great War and Modern Memory by Paul Fussell.


Dozens of poets came back from the war, and dozens of memoirist-novelists did the same. Remarque’s tale is perhaps the best-known (thank you, Stanley Kubrick), but many others deserve attention: Under Fire by Henri Barbusse, Good-Bye to All That by Robert Graves, Storm of Steel by Ernst Jünger, Company K by William March, and Sassoon’s Memoirs of an Infantry Officer.

Parade’s End by Ford Madox Ford
This is, for me, the Great War book to end all Great War books. It starts before the war and ends after it, tracing the full cultural dislocation at work in Britain, across class lines. The novel itself is as modern as the new world it’s been written about. Its protagonist is The Last Tory, a personification of the “all that” we’re saying goodbye to in 1918 or thereabouts. The whole book is wrapped around the war, with what happens outside the trenches just as important—and frequently just as tragic—as what goes on in them.

Elsewhere in the Commonwealth
There would be too many “honorable mentions” to name, but it’s important to note that the war went far beyond Europe. Timothy Findley’s The Wars may be, aside from McCrae’s poem, Canada’s best-known contribution to the genre. Quebec’s Michel Tremblay, in La grosse femme d’à côté est enceinte shows a different side of Canada, where francophones have little interest in being drafted into what they see as someone else’s war. Thomas Keneally’s The Daughters of Mars follows two Australian sisters and nurses to Gallipoli and later the Western Front. David Malouf’s Fly Away Peter is another Australian story of the trenches.