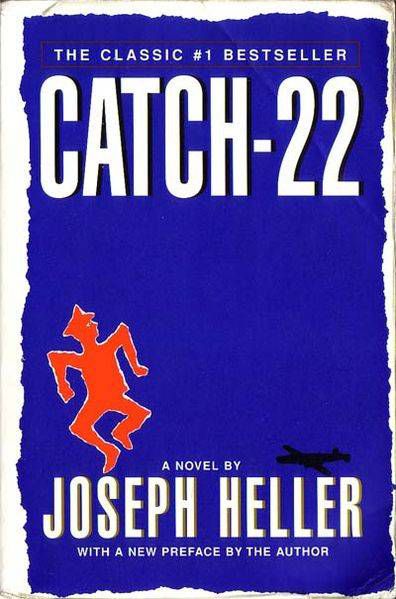 It’s true, war is hell. But in the right hands—holding the pen askew at just the right angle—war can also be funny as hell. As long as there has been a military machine—and self-important leaders turning the crank which turns the cogs (soldiers)—there have been novels poking fun at armies clashing on the battlefield (and in certain Strangelovian “war rooms”).

You may say, “There’s nothing hilarious about people dying for their country.” And you’d be right. It’s not funny, and I don’t intend to mock those great men and women—some of whom I knew personally—who have died during Operation Iraqi Freedom, Vietnam, World War II and all the other conflicts past, present and future. But I also believe that people need to be startled into hearing and seeing the truth—I keep going back to Flannery O’Connor’s explanation of why she used grotesque humor in her fiction: “To the hard of hearing you shout and for the almost blind you draw large and startling figures.” Telling a war story with comical characters large as billboards is just one way to make the truth stick.

If we make ’em laugh, maybe they won’t feel the twist of the knife in their gut, right? That’s what I kept telling myself as I worked six years on my novel Fobbit, a book I’ve started calling “a dark cartoon about the Iraq War” as a way of answering people in short, telegraphic fashion when they ask what it’s about.  (I always keep a smart-ass response in my back pocket: “Oh, it’s about 400 pages.”)

When I tell people I’ve written a funny book about war, I’m always braced for a reaction I never get: scowls, accusations of being anti-American, or threats of bodily harm. Instead, people say, “How cool!  Can’t wait to read it.” Readers, it seems, want to laugh about war.  Here are some of my favorite novels in which the humor runs as dark as the blood spilled in battle. 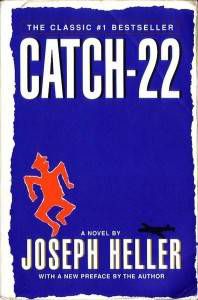 Catch-22 by Joseph Heller: The Mother of All War Satires, the Ur-text of funny fatalism, the Eden of Laughter.  No one has pinned military idiocy to the mat better than Joseph Heller. The tangles of red tape, the complicated cogs of bureaucracy, the nonsensical rules carried out by battalions of buffoons—it’s all here in the episodic story about a World War II Army Air Force crew stationed on the island of Pianosa in the Mediterranean Sea. I read Catch-22 for the first time when I was on a plane bound for the Iraq War where, as an active-duty soldier, I would spend the next year sweating out the Baghdad heat, writing Hellerish press releases, and reading brick-sized novels in my few hours of “downtime.” As a way of preparing myself for combat, I made Catch-22 the first book I read on that deployment. I studied it like it was an owner’s manual. It’s unlike anything else I’ve ever read: slapstick on one page, horror on the next.  It’s an indictment of corporate America, a howl at conformity, a circus of words. Heller could be spit-take funny in one paragraph, but chillingly sober in the next.  He had a point to make and he did it not only with jokes and circular repartee, but with convincing arguments for pacifism. As Harper Lee once said, “Catch-22 is the only war novel I’ve ever read that makes any sense.” 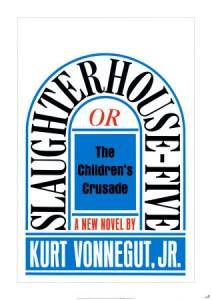 Slaughterhouse-Five by Kurt Vonnegut Jr.:  “All this happened, more or less.” I love that opening line of Vonnegut’s masterpiece because it points to, as Stephen Colbert would say, the “truthiness” inherent to all war satires. Vonnegut, of course, was more than a little “semi-” in this semi-autobiographical novel about optometrist Billy Pilgrim who is captured by the Germans during the Battle of the Bulge, suffers through the horrors of the Dresden bombing of World War II, and is kidnapped by extraterrestrial aliens from the planet Tralfamadore.  Billy becomes “unstuck in time,” which allows Vonnegut to play fast and loose with narrative structure. “It is so short and jumbled and jangled,” Vonnegut writes in the first chapter, “because there is nothing intelligent to say about a massacre.” No, but there are some laughs to be had, even though it’s laughter through gritted teeth. 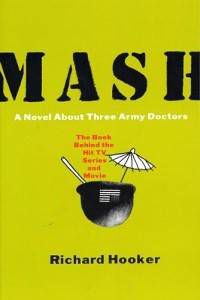 MASH by Richard Hooker: It is almost impossible to read Hooker’s 1968 novel about the 4077th Mobile Army Surgical Hospital staff’s misadventures during the Korean War without Alan Alda looming large in your mind—or, going farther back to Robert Altman’s film, Donald Sutherland. But if you can set Hollywood aside for a moment, you’ll find a bitter-sharp view of the American military machine. Like Heller, Hooker based his novel on his own wartime experience as an Army doctor (Hooker, by the way is a pseudonym—his real name is H. Richard Hornberger). Captains Hawkeye Pierce, Duke Forrest and “Trapper” John McIntyre have nothing but scorn for authority and take every opportunity to play the subversives around camp. Excessive drinking, regular poker games, and the encouragement of dentist Walter “Painless Pole” Waldowski’s suicide are only a few of the non-stop hijinks. It’s like Uncle Sam decided to enlist the Marx Brothers and send them off to war. 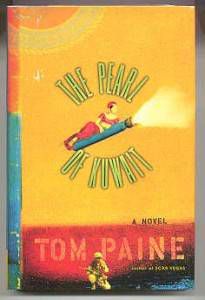 The Pearl of Kuwait by Tom Paine:  This novel, which came out in 2003 just as Coalition Forces were launching the invasion of Iraq, was sadly overlooked by readers at the time. But what they missed is a novel best described as “a totally cool surfer dude has a gnarly Lawrence of Arabia Meets Huckleberry Finn-ish experience in the (First) Gulf War.” By the time the picaresque adventure of two Marines on a mission to rescue a Kuwaiti princess finally winds down, The Pearl of Kuwait has done an awesome job at making us alternately grin at and grieve over the Desert Storm combat experience—but mostly grin. For those willing to laugh at the crazy antics of Saddam Hussein (circa 1990), The Pearl of Kuwait richly rewards with its one-of-a-kind voice—the laid-back patter of Marine Private Cody Carmichael, our unflappable guide through a series of AWOL adventures he shares with compatriot Private Tommy Trang, a Vietnamese-American whose head is filled with romantic notions of bravery—none of which have to do with computer-guided weapons systems, but rather charging across the sands waving a sword while yelling “Death to the infidels!”  Trang, a memorable character on the order of John Irving’s Owen Meany, barrels his way through the book and into our hearts with his uncompromising heroism and die-hard love for Kuwaiti Princess Lulu who he and Cody save from drowning one night when the two Marines are pearl diving in the “piss-warm waters of the Persian Gulf.” What follows is a series of zany adventures which include tangling with a lunatic Saudi colonel (who also happens to be Lulu’s fiancé), disrupting a wedding feast, banding together with dancing Bedouins, organizing the Democratic Resistance of Kuwait, and plotting to assassinate Saddam.  There’s never a dull moment in Cody’s breathless, stream-of-mellow-consciousness narrative.