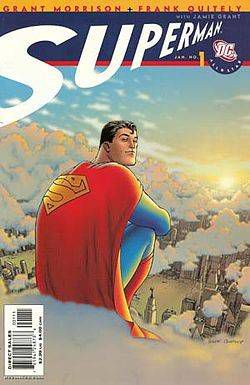 This is a guest post by Ali Colluccio. Ali enjoys comics, cocktails, and curling. She lives in Brooklyn with her adorably blind kitten, Minerva, and tweets with reckless abandon at @WonderAli.

Sometimes your genre kryptonite happens to be the fellas with an actual weakness for the infamous space rock. I’ve always loved superheroes. But in the immortal debates of Batman or Superman? Wolverine or Cyclops? Iron Man or Captain America? I fall firmly in the camp with the do-right, goody two-shoes heroes. The Boy Scouts, if you will.

Sure, they’re plain vanilla and a bit boring, but they’re also inspiring. They give you hope that, no matter how dark and twisty life gets, there’s someone who fights for justice, who’s out there to protect you. When you’re about to lose faith in humanity, these Boy Scouts help you believe there’s still good in this world. And they do it without any psychodrama.

The best place to find these tights-and-capes types is in the funny pages. Before you roll your eyes, the best comics, like the best books, are stories worth reading and loving. Here are some of my favorite comics and graphic novels about my favorite Superhero Boy Scouts. 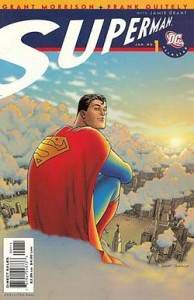 All Star Superman by Grant Morrison and Frank Quitely

One of the most recognized characters in the world, Superman doesn’t really need an introduction. Born on a distant planet but raised in the cornfields of Kansas, Clark Kent has always stood for Truth, Justice, and the American Way–a lot of comic fans teasingly refer to him as The Big Blue Boy Scout because of it–but it’s why I adore him.

Part 1950s sci-fi adventure, part 12 labors of Hercules, All Star Superman is a brilliant definitive story about the iconic character. One of the greatest creative teams in comics, writer Grant Morrison and artist Frank Quitely are known for their wonderful, wacky, and weird stories. The comic captures that spirit while still being a stunning love letter to all things Superman. 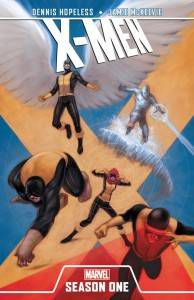 X-Men: Season One by Dennis Hopeless and Jamie McKelvie

Wolverine is totally bad-ass and all, but I’ve always been a Cyclops girl. As the leader of the most unruly and dysfunctional super-teams, Scott Summers has to make a lot of tough decisions, and he usually does so with very little support. He is the straightest of Straight Men. But he’s made it his mission in life to protect both humans and mutants, no matter what.

X-Men: Season One, as the title suggests, is about the early adventures of the original X-Men. This isn’t the 90s cartoon line-up you may remember, but it’s just as much fun. Professor Xavier’s gifted youngsters–Scott “Cyclops” Summers, Bobby “Iceman” Drake, Warren “Angel” Worthington III, Hank “The Beast” McCoy, and Jean “Marvel Girl” Grey–face off against Magneto the Master of Magnetism, prehistoric dinosaurs, and the dramas of high school. The story is told through Jean’s perspective, but we get to see Cyclops at his boy-scoutiest. And this stand-alone graphic novel also has some of the most spectacular comic art there is. 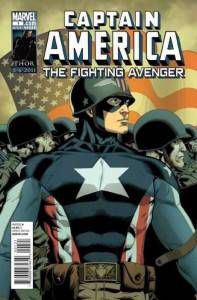 All Steve Rogers ever wanted to do was fight for his country. A scrawny kid from Brooklyn, Rogers never made it passed his draft physical, but his heart and determination got him noticed for the top secret Super Soldier project (yay human experimentation!). Regardless of how trite it sounds, Cap stands up for what’s right and he fights to keep everyone free and safe. But what I love most about him is he makes you want to be a better person.

As a tie in to last summer’s Captain America movie, Marvel Comics released a special one-shot comic book (now available as part of Marvel’s Digital Comics Unlimited service). Captain America: The Fighting Avenger is a great all ages story about Cap’s first mission of World War II. Full of action and fun, it touched on all the things I love about Steve Rogers. 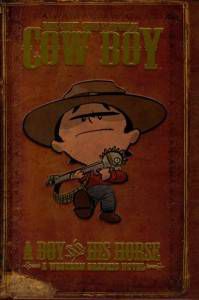 This last protagonist is actually the same age as most Boy Scouts. Boyd Linney is a straight shootin’ bounty hunter that just happens to be 10 years old. His whole family has done wrong, and he intends to make sure each one of them is brought to justice. A fiercely independent boy with a steadfast moral code, Boyd will break your heart with his dogged determination and cold righteousness.

Nate Cosby and Chris Eliopoulos’ Cow Boy is probably the best graphic novel I’ve read this year. Full of heart and soul, it’s just so refreshingly different from any other comics I’ve read. Not sold? You can check out the first four chapters of the book online for free.

Who are your favorite superheroes? Do you like the ones who walk the straight and narrow? Or do you prefer your heroes a bit more dark and brooding?