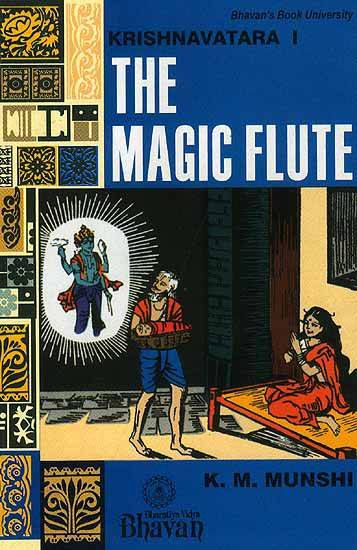 This is a guest post by Preeti Chhibber. Preeti is a social media wizard for Scholastic Book Clubs. She usually spends her time reading a ridiculous amount of Young Adult (for work, she swears!), but is also ready to jump into most fandoms at a moment’s notice. You can follow her on Twitter @runwithskizzers or take a chance and see if she’s remembered to update her woefully neglected blog, Hurling Words (https://hurlingwords.wordpress.com).

Religious fiction is a touchy subject for obvious reasons, but I adore it.  I like when Gods are humanized. When their lives are turned into characters that I can connect with and understand through the writer’s faith (or lack thereof), rather than untouchable figures that are supposed to teach me things through parables.

I’m a practicing Hindu. This is important, because growing up with Hindu mythology is like growing up with your very own religion of a high fantasy series. It’s amazing. We have a million different stories, and they’re all epic. The stories are in a series of various texts: the Bhagavad Gita, the Mahabharata, the Ramayana – all of them including Hindu philosophy within their stories. The text itself was a little too complicated for me as a child, so my mom had bought these comic books from India that illustrated some of the stories.

This is really what kicked off my appreciation of religious fiction and seeing people’s faith become an intrinsic part of the story. 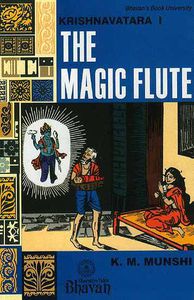 In seventh grade, my mother suggested that I read a series of novels called Krishnavatara. It consists of seven books chronicling the life of one of the Hindu dieties, Krishna. The first book is called The Magic Flute! But, unlike something like The Lion, the Witch, and the Wardrobe, which serves as an allegory for Jesus, the Krishnavatara series was explicitly a novelization of Lord Krishna’s life. It follows Krishna as the hero, and we join him on his adventures. But going beyond the mythology, the series involves the politics of the time in addition to the emotional and psychological reasoning for Krishna’s decisions. The preface of the series reads, “What was, according to Bhagavata, the story of God who had come to the world as a man, has become, in Munshiji’s hands, the fascinating story of a man who became God.”

I loved the series.  It has evil villains, a hero, a war, one of the most romantic couples ever – the list goes on. It’s fantasy and adventure, but never loses sight of Krishna’s representation as truth and beauty made human. 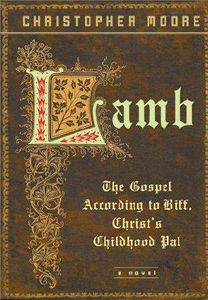 Lamb: The Gospel According to Christ’s Childhood Pal by Christopher Moore

This book is still one of the hands-down funniest books I have ever read. Ridiculously irreverent, it plays the fool on all religions. Look at the title. Just look at it. The story is exactly what you might think it is. The thirty years of Jesus’ life that are missing from the bible, but as told from his asshole-best-friend Levi-who-is-called-Biff (Biff being the sound your hand makes when you are hitting someone upside the head). Through colloquial dialogue (in the book, while writing The Blesseds, Jesus is insistent that they gives something to the dumb-fucks, Blessed are the dumb-fucks for they shall, uh, I don’t know) and situational humor (Mary calling her son home by having her face show up on the side of a building in India), the story is still at its heart about someone who loves Jesus so much that he sacrifices everything for him. The ending makes me cry every single time. 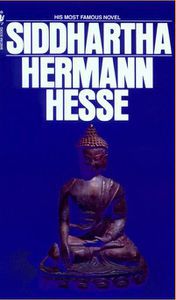 I’m aware that classifying Siddhartha as religious fiction is somewhat problematic; it is as much a philosophy text as it is a piece of fiction. I knew the story of Siddhartha Gautama, and so I came to this book thinking it was going to be the story of Buddhism. I was surprised and pleased to find myself mostly wrong, but a tiny bit right. The story follows Siddhartha, a fictional Prince, in India during the time that Gautama was walking the earth and spreading Buddhism. Siddhartha gives up his wordly possessions and along with his best friend Govinda (which is interestingly enough another name for Krishna), and he tries to follow the tenets of the newly minted Buddhism before realizing it isn’t a philosophy he agrees with. He continues on his journey – there is an incredible life-changing chapter about a river – and we read through a person’s real hope for finding meaning in life and the world around them.

Even if the main character Siddhartha doesn’t end up agreeing with Buddhism, the book was a great gateway into thinking about religion in a new way.  Less rules and tradition, and more fluidity and really thinking about where the philosophy of your beliefs fit into your actual life.