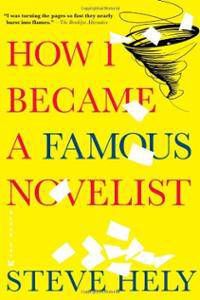 This is a guest post from Andrew Shaffer. Andrew is the author of “Literary Rogues,” “Great Philosophers Who Failed at Love,” and, under the pen name Fanny Merkin, “Fifty Shames of Earl Grey: A Parody” (a Goodreads Choice 2012 Semifinalist). His writing has appeared in such diverse publications as Mental Floss and Maxim. An Iowa native, Shaffer lives in Lexington, Kentucky, a magical land of horses and bourbon. Follow him on Twitter @andrewtshaffer.

At some point, every band records a self-absorbed album about how difficult being famous musicians really is. There are the long bus rides, the groupies, the drugs. Bob Seger’s riding sixteen hours on his tour bus with nothing much to do; Peter Criss can’t come home right now. It shouldn’t work, because there’s nothing less sympathetic than a celebrity complaining about their difficult life. Strangely, though, listeners can’t get enough of such songs. We love to peek behind the curtain, especially when they’re telling us that fame isn’t all it’s cracked up to be.

Like rock stars, novelists also love to write about their own profession. Luckily for them, plenty of readers are suckers for writer protagonists. Charles Dickens’ David Copperfield was a novelist; two out of every three Stephen King protagonists is a writer (or maybe it just seems like that). Calling attention to the artifice of novels by including a writer should break the spell. Readers should wake up from the waking dream state that the best novels lull us into. Surprisingly, we’re unaffected—especially when a master is at the helm.

But while I love serious books such as The Shining, some of my favorite novels starring writers are satirical. Publishing satires deliberately break the fourth wall, jumping up and down, waving their hands to get the reader’s attention. You’re reading a novel! It’s all made up! These books proudly wear their artifice. With that said, here are three of the best publishing satires from the past twenty years:

How I Became a Famous Novelist by Steve Hely

A cynical author examines current bestsellers and “cracks” the formula, crafting his own bestseller and landing on the New York Times bestseller list. (Unfortunately, Hely’s book didn’t hit the Times list.) The protagonist spouts plenty of gems, such as this dig at reviewers: “Book reviewers are the most despicable, loathsome order of swine that ever rooted about the earth. They are sniveling, revolting creatures who feed their own appetites for bile by gnawing apart other people’s work. They are human garbage. They all deserve to be struck down by awful diseases described in the most obscure dermatology journals.” 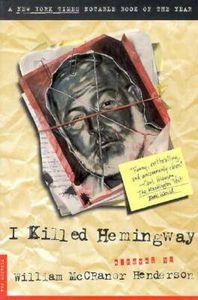 This delightful little novel (a New York Times notable book of the year in 1993) begins with Hemingway choking on the barrel of a shotgun being held by Eric “Pappy” Markham. Celebrity ghostwriter Elliot McGuire is called upon by a publisher to pen Markham’s “memoir,” and the resulting book (the sensationalistic I Killed Hemingway) becomes a bestseller. McGuire is conflicted by his participation in the hoax and embarks upon a quest to restore Hemingway’s good name. 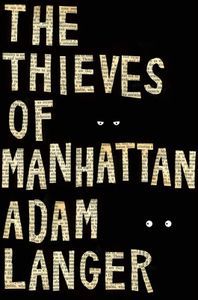 The Thieves of Manhattan by Adam Langer

Langer’s take on the fake memoir craze of the aughts is a twisty noir masquerading as a literary satire. His protagonist, sadsack author Ian Minot, is drawn into a plot to swindle the publishing industry with an over-the-top, falsified memoir. The James Frey caricature (“Blade Markham”) is particularly funny. Langer gets bonus points for getting blurbs from Laura Albert (aka JT Leroy) and Clifford Irving (aka Howard Hughes).