Grab the last can of Coca-Cola left in the world, pull up a radiation-scorched chair and ignore the howls of the cannibal gangs outside, let’s talk about the post-apocalypse. I cannot get enough of that damn carnival of misery. I’ve been promising myself I’ll read A Little Life this week, but I just can’t put The Dead Lands down. 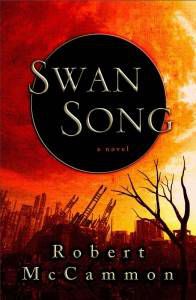 It all started with Stephen King’s The Stand. (Does anyone not have reading anecdote that starts with Stephen King?) The Stand felt like an occasion, it was a book of heft and the story of good and evil seemed huge and all encompassing to my 13 year old brain. It felt like the whole world was in that book – still recognizable as a realm where people had clean jeans to wear and water to drink, but where their natures were distilled down to mythical simplicity. I felt the same way about Swan Song by Robert McCammon years later, it reads like a more distorted, brutal version of The Stand but with the same biblical sense of scale, the same comforting idea that a few really, really decent people – and a girl with a talent for gardening – can make a difference even in the worst possible situation.

Climate change, plague, nuclear mishap, I’m not pretending that I’d survive any sort of apocalypse for even a second. I’ve been known to cry when lunch plans go awry. But still, there’s something about that extreme survival that post- apocalypse books do so well that it becomes a type of poetry. The Road, a classic of the genre, so perfectly detailed the cold and desperate landscape that I had to go and get a sweater on a sunny day. I also had a strange craving for a branded carbonated beverage. It’s a genre that takes you to another place that’s just recognisable enough to be the world you know, but where anything can happen. Like mutant giant spiders anything.

Similarly Colson Whitehead’s Zone One turned a ruined Manhattan into a bleakly beautiful memorial, possessions into strange artifacts. “The rich fled during the convulsions of the great evacuation… leaving their thousand-dollar floor lamps to attract dust to their silver surfaces and recount luxury to later visitors, bowing like weeping willows over imported pile rugs.” If you can read passages like that without throwing a thoughtful glance at your recent Crate & Barrel purchases you’re a stronger person than me.

One of the attractions is a world without technology. I say this as a person who has a suicide pact with their boyfriend that states when the internet goes down for good, so do we – but there’s a freedom to a fictional world without instant information and communication. It’s a problem modern horror novels have more and more – there are very few situations where the final survivor girl isn’t going to have her iPhone in her back pocket the whole damn time. Being chased by a zombie werewolf? There’s an app for that! 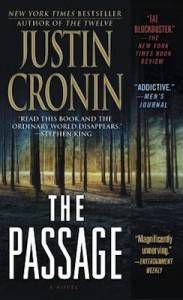 Great post-apocalyptic lit can strip all that away – or at least make you appreciate the difference between ignoring a call from your mother and not being able to make one because the mutated giant spiders have eaten all the telephone cables. The Passage was a master at this technological regression, swapping from present time to (slight spoiler, so skip the next sentence if you’re sensitive) to a post-apocalypse where only the ancient could ever remember the era of Instagram.

Maybe it’s also such a favourite for me because of the tiny, kickass heroines prevalent in this type of fiction (Swan Song, The Passage, and the more recent The Girl With All The Gifts, a book which will fascinate you even as it’s massaging your feels gland). They all make young girls their stars. And let’s not forget their slightly older sister, Katniss Everdeen from The Hunger Games.

And let’s get twisted for a second, I think the apocalypse is even about escapism. Thanks to 24 hour news coverage we’re constantly reminded that the world can be a terrible place for more terrifying and disturbing reasons than irradiated wastelands. Post-apocalypse fiction boils all that down to a world where we’re fighting for food and water, where the good guys are clearly good (the ones not eating the other people) or clearly bad (gnawing on a femur) and Fox News is dead and gone. It may not be a happy world, but it’s a simple one.

So when the time comes you’ll find me living out my few remaining days barricaded in the nearest bookstore, surviving on Oreos and reading post-apocalyptic lit as the killer microbes infest my body and the zombies pound on the door.