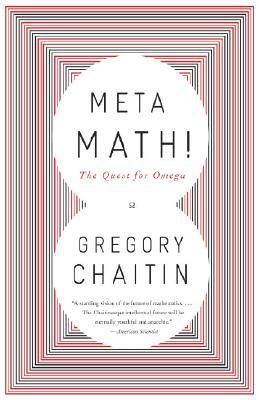 This is a guest post from Christina Oppold. Christina believes the best reading lives are lived off the couch by turning books into experiences. Follow her on Twitter at @christinaoppold.

Before we discuss books, watch this episode of The Big Bang Theory. That was every evening in my childhood home as my father tried to help me with my math homework. My interest in math started with an interest in the universe which came from building rockets which led to that time I went to Space Camp for my thirtieth birthday. Physics and math are so intertwined that if I was ever going to understand anything about how the universe worked, I was going to need to develop a better understanding of math. Despite determining to follow that path of learning, it was still a surprise when I realized I LOVED math and asked my father to teach me binary. There were decidedly less tears this time around.

My kryptonite is rather particular though, it’s not the actually math itself that I’m interested in, it’s more the, “OMG THE UNIVERSE IS AMAZING!” thing. Considering we’ve gone from a concept of math that started with “1, 2, Many” to searching for the Higgs Boson, the fact that each number has its own history of discovery is fascinating. It’s amazing. When you start to break down math into its individual pieces, all of a sudden you realize you have numerical biographies, some genius sat down and figured all this stuff out about one number and it changed the world. Some books are great at making all that accessible to people like me who still do addition on their fingers.

The Golden Ratio: The Story of Phi, the World’s Most Astonishing Number by Mario Livio

My journey to math-love started with Phi (Φ) which I was familiar with it as an art student. Art, music, nature, it’s everywhere. Since this is BookRiot, it should also be pointed out that the size of many books printed in the mid 16th to mid 18th centuries were designed using the golden ratio. Essentially, Phi is considered the perfect number and I became so obsessed it that when a friend dared me to sign-up for a dating website I included the fact that my favorite number was 1.618. She said it was irrational to have Pi (π) in my bio and we got in a phite. (see what I did there!?).

Zero: The Biography of a Dangerous Idea by Charles Seife

I loved this book. The idea that nothing was something that had to be discovered and people HATED it is fascinating. I just…I mean…I have no words.

My first exposure to the Fibonacci numbers was while reading The Golden Ratio. They are closely related and I became equally obsessed and may have once started a Fibonacci Bunny thread on a message board where people posted photos of rabbits that satisfied the next number in the sequence. A few years ago I started learning to knit during a cold winter with no heat – my latest blanket is a series of stripes based on the sequence. It’s such a simple pattern to start: add your current number to the previous number in order to get your next number, and suddenly you have a gazillion rabbits.

Meta Math! The Quest for Omega by Gregory Chaitin

It wasn’t until I was out of school that I realized how much Greek is used in math. Insert obligatory “It’s all Greek to me!!” joke about my youthful ineptitude here. Omega (Ω) serves a few different functions in math, in Meta Math, the guy behind the Chaitin Omega Number talks about mathy things I can’t explain yet because I haven’t actually read the book. But there is an exclamation mark in the title. Look math is exciting!!! Jazz hands!!!

* I want to share this since it’s sort of related: Chris Hardwick reciting Pi. I got to hear Hardwick do this live on stage a few years ago with a friend. We both swooned; it is super sexy! That said, if you’re going to memorize an irrational number to the 180th digit, I think Phi sounds prettier (remember, IT’S PERFECT!)