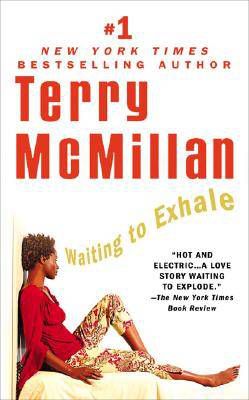 This is a guest post by our current Rioter in Residence, Kevin Smokler. Kevin is the author of forthcoming essay collection Practical Classics: 50 Reasons to Reread 50 Books you Haven’t Touched Since High School(Prometheus Books, Feb. 2013) and the editor of Bookmark Now: Writing in Unreaderly Times, A San Francisco Chronicle Notable Book of 2005. His work has appeared in the LA Times, Fast Company, Paid Content, The San Francisco Chronicle, Publishers Weekly and on National Public Radio. Follow him on Twitter @weegee.

I’ve never thought the purpose of reading fiction was to “relate” to the tale being told or see myself in the characters. I did read Tales of a Fourth Grade Nothing about 65 times as a young boy because, like Peter Hatcher, I too had annoying little brothers. High Fidelity was my jam about a decade ago, right as I developed an interest in collecting vinyl. But really, is that all? Novels can give you a hug, and sometimes we need that. But more often, I’m reading to have my worldview grow, not to be patted on the back. 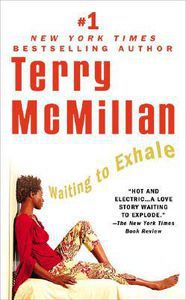 Where this is probably most obvious is in my odd fondness for stories of women and their friendships with each other. I have read Waiting to Exhale around 11 times and was terribly sad and angry that the sequel Getting to Happy fell about 9 leagues short of the original. Sula was my sand bar in the ocean of Toni Morrison’s literary accomplishment. I received each successive volume of the Sisterhood of the Traveling Pants from my dad. I can tell you How To Make an American Quilt and a thing or two about Girls in Trucks. And J. Courtney Sullivan and Curtis Sittenfeld are my homegirls, if you really want to know.

The why is both simple and not so. I came from a family of all brothers and bloomed late, so women are newer to me than, say, if I had sisters or went to Vassar for college. I like to read dialogue, and (gasp) novels featuring women friends involve a lot of sitting around and talking. After you go through a few of these novels, you realize reading about women helps a fella both communicate and understand women, which is a lot better than being the very kind of dumbfuck women talk about when they get together and commiserate.

That’s the simple reason. The murkier one rests on questions of invitation. I’ve no doubt Terry McMillian wanted Waiting to Exhale to be a story about her and her black female peers. But it’s also a story about loyalty and family, career and growing older, and it manages to cover those bases in addition to being a story about African-American sisterhood, and not because it’s a story of African-American sisterhood. And I think the women writers who do this best (I am sure there are men who have written great female friendship books. One isn’t coming to me at the moment), sweep in the grander themes while wrestling with the particular. They seem aware that their stories have much to say beyond “this is a tale of people like me” and expect more from their readers than “Preach on!”

That’s the invitation. I don’t hang out with any reader who has decided they aren’t into a particular literature simply because the characters aren’t exactly like them. I get that they feel uninvited to the party the author is throwing. But to this reader, a great book about female friendships doesn’t slam the gate on other kinds of readers, doesn’t uninvite. Every author I’ve mentioned includes three-dimensional male characters that aren’t simply husbands or mean bosses or sexy paperboys. Why? Because it’s just good writing to do so. Great female friendship writers embed their books with an understanding that, while women are the story here, we all share the world together, and while there may not be a lot of dudes present, the female characters all try to see men as people with a point of view. A different one, yes, but a human one still.

I don’t expect other men to charge out and start feasting on novels about menopause and sexism in the military. But they’d be missing something. Because any great book to me is about feeling more human, in good ways and bad, different yet somehow the same.