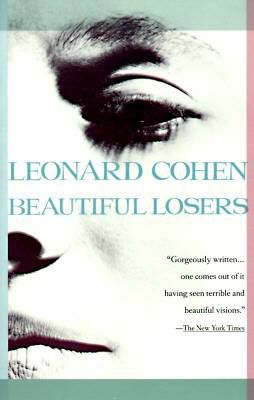 This is a guest post from Sean Bell. Sean s a Scots-Irish-Armenian writer based in Edinburgh. His journalism has been published in the Glasgow Herald, the Sunday Herald, the Evening Times, the Scottish Review of Books, Death Ray and Fringe magazine. He currently writes the monthly arts column ‘Print the Legend’ at PopMatters.com. Follow him on Twitter @SeanCMBell.

If you’re one of those happy addicts who inhale novels, who fill every quiet moment with their company, and whose bedside stack of half-finished paperbacks is beginning to resemble an ambitious conceptual art installation, then you will know how certain popular conventions of the novel can become crushingly boring if you see them regularly enough. Your bugbear may vary; perhaps you’re sick of the three-act structure, infodumping narrators, or ill-defined Macguffins. For me though, nothing wears me down quite like a dull prose style. Nabokov’s ghost haunts me, and boring things offend me.

I’ve made exceptions, of course – Philip K. Dick, for all his bonkers notions, can get pretty dreary in his descriptions – but ultimately, I’m a sucker for elegant phrases, vibrant imagery and beautiful, verbose descriptions thereof. I’ll forgive a plot any number of holes if it’s written gorgeously enough. While it may sound like the most obvious criteria imaginable, I like writers who take joy in the words they use. This is one of the reasons I like poets.

Now, I know there are people who don’t ‘get’ poetry, and in turn, I don’t ‘get’ those people. We are locked in a permanent, self-sustaining state of mutual ‘not getting.’ But while there’s no accounting for taste, I would still advise to all and sundry to set preconceptions aside and check out any novels they can find written by poets.

There’s a unique quality to such novels that I can’t quite articulate. Simply saying their prose feels more ‘poetic’ doesn’t quite cover it. I often get the impression that the authors thought about the idea of the novel differently than ‘normal’ novelists. I’m at a loss for comparisons. Like music, composed by a painter? A gourmet meal prepared by an alchemist? 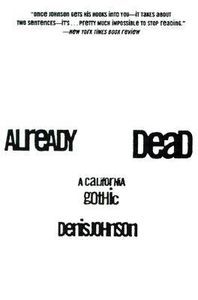 From my bookshelf, I would recommend the following: First, Already Dead: A California Gothic by Denis Johnson. While many may know Johnson from his National Book Award-winning Vietnam doorstop Tree of Smoke, few appreciate the true range of his bibliography, or know that he began his career as a poet of considerably acclaim. Nowhere is his poetic pedigree more evident than in Already Dead, a tangled, rambling psychedelic crime saga of drug deals gone sour, dark mysticism, torrid love affairs, doomed revenge and a Nietzsche-quoting assassin. 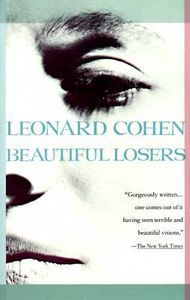 Next up, I have yet to tire of telling people to read Leonard Cohen’s eternally underrated Beautiful Losers. If your first instinct isn’t to recognise Cohen as a poet, then a) you’re obviously not Canadian, and b) you’re quite simply wrong. Cohen’s second and (to date) last novel, Beautiful Losers details the interactions of our nameless, scholarly narrator with the three most significant people in his life – his wife Edith, his friend and philosophical degenerate F., and the 17th century Mohawk saint, Catherine Tekakwitha – relationships which yield profundity and absurdity in equal measure. Cohen’s prose is by turns sacred and profane, and results in a minor masterpiece of experimental literature that is utterly unique. 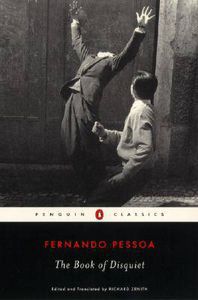 Finally, I should mention Fernando Pessoa’s The Book of Disquiet, which is… complicated. Pessoa – widely considered to be Portugal’s greatest poet, whose contribution to Modernism is often overlooked – was not merely one writer, but many. His vast output, much of it untranslated and unpublished in the Anglophone nations, was written under the guise of over 70 ‘heteronyms’.  More than just fake names for the author, these were entire fictional personalities, each with its own distinct biography, style and philosophy. The Book of Disquiet may only employ one of these identities – Bernardo Soares, who Pessoa claimed was the closest out of all his heteronyms to his ‘true’ self – yet it still provides a glimpse into a kaleidoscopic mind. A “factless autobiography” composed from fragments, memories and digressions, its rhythm is unpredictable and jazz-like, shattering conventions in a display of aesthetic fireworks and heartbreaking insight.

There are many others, of course, as readers would do well to discover for themselves. What do you think? What other poets’ novels deserve a mention?