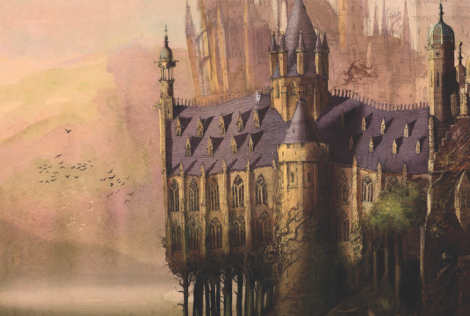 This is a guest post from Jessica Yang. Jessica grew up in Silicon Valley, yet somehow ended up rather inept at technology. She dreams of reading luxurious novels all day in a greenhouse, and is guilty of writing puns for money. Majoring in Japanese and English literature made her both wary and weary of the Western canon. She can be bribed with milk tea. Follow her on Twitter @aprication. 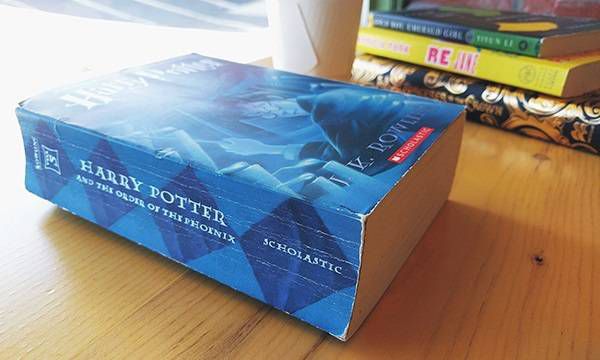 When people say they’re still waiting for their acceptance letter, there’s a decent chance they mean Hogwarts, and not some decidedly unmagical institute of higher learning. And even though I’m not a huge Harry Potter fan (blasphemy, I know), I can relate. If you looked at my character sheet, it would say, “Strength: PLANT ELEMENT +10 HP, Weakness: MAGIC SCHOOLS.”

To be honest, tack “magic” onto anything, and I’m instantly into it. Accounting? Pass. Magic accounting? Yes, please and thank you. But stories set in magic schools hold a special place in my tiny, shriveled heart. There’s just something about them.

Magic schools occupy a strange middle space. They’re just fantastical enough to reel you in, with promises of Enchantments 101 and fire-breathing dragons, and just grounded enough in reality to be relatable. Cramming for tests, slinking into class late, and figuring out how to deal with that one teacher — school is school, whether you’re studying potions or biology.

And much like in real life, much of the actual learning in magic school books happens outside the classroom. People learn in spite of their education (or however that Mark Twain quote goes). School is just the backdrop while the intrepid hero learns the true extent of their power and, more importantly, the power of friendship. It’s in this tiny microcosm of society that students get to grow and mature in while the wider world continues on.

Though sometimes the outside world sneaks its way in — nearly always as a threat, a symptom of some greater and much more terrible conflict. But of course, things always work out, and we get our happy endings. (Unless you’re reading The Magicians, and then you throw your book across the room in a fury.)

In the words of G.K. Chesterton, “Fairy tales do not tell children the dragons exist. Children already know that the dragons exist. Fairy tales tell children the dragons can be killed.” And Diana Wynne Jones took this further in Reflections: On the Magic of Writing, saying that fantasy lets you think things through so that you can solve them, all while being just distant enough to be able to handle it. In other words, fantasy tells you that dragons can be vanquished, and gives you the perspective to figure out how to do so.

And when your whole life has been about school up until you went stumbling into the Real World (™), magic school holds particular appeal. It’s got all the camaraderie, shenanigans, and structure of real life school, and none of the “preparing you to be a cog in the capitalist machine.” You have your merry band of friends, an enchanted library, and endless pots of milky tea. What more could you want?

When I’m looking for comfort reading, I turn to my favorite magic school stories — College of Magics, Year of the Griffin, and the online, to-be-continued Turn of the Story. They’re just familiar enough to be comforting, and just fantastical enough to tell me that yes, dragons can be killed (or befriended, if that’s your thing).

There’s an ancient, magical prophecy that goes like this: Things will work out. You’ll find your people. It’s going to be okay — the dragons think so, too.