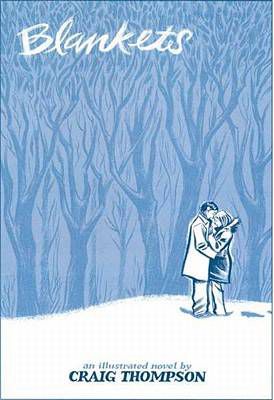 (Aside: I HATE the phrase “graphic memoir” because it makes me think I’m talking about extremely violent or memoirs with a lot of explicit sex, which I am not. But you can’t call them “comic books” or “graphic novels” and the phase “memoirs in comic book form” is so clumsy… I just don’t know. Does someone have a better description?) 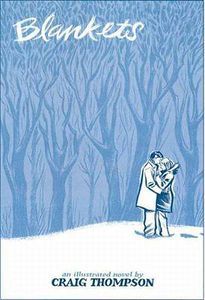 Another more humorous graphic memoir that I enjoyed is The Impostor’s Daughter by Laurie Sandell, the story of Sandell’s relationship with her enigmatic and temperamental father. Sandell grew up hearing stories about her father’s fantastical childhood, war heroism, academic accolades and famous friends. But early in her adulthood, Sandell discovers that much of what her father told her is untrue, leaving her struggling with her relationships, drugs, and herself. The version of the book I read was full color, which made the drawings just pop. It’s a fun read. 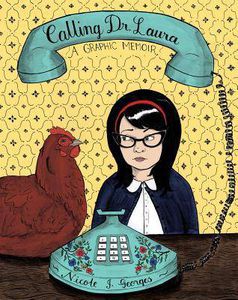 My most recent dive into a graphic memoir was Nicole Georges’ Calling Dr. Laura, another story about a girl with a mysterious father. In this memoir, Georges’ discovers — via a visit to a palm reader — that the father she has been lead to believe is dead is actually alive. Georges’ also has a complicated relationship with her mother, particularly when it comes to sharing details about her sexuality or, eventually, coming out. While I think the title is a little misleading (the detail about Georges’ enjoyment listening to Dr. Laura Schlessinger is pretty minor), I liked this one a lot. Georges’ has a lot of fun with the illustrations, picking very different styles for stories from her childhood versus adult memories.

Despite this being a kryptonite for me, I still haven’t read many of the most famous graphic memoirs. I haven’t picked up Fun Home by Alison Bechdel or her most recent book Are You My Mother? I also haven’t read Stiches by David Small or Maus by Art Spiegelman. And I’ve read the first volume of Persepolis by Marjane Satrapi, but not the second. And I’m sure there are more. So I ask you, Riot readers, what are some of your favorite graphic memoirs?