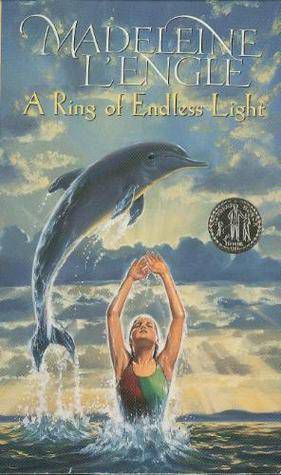 My cousins and I engaged in some depressingly stimulating conversation round the Christmas table: someone brought up the movie Blackfish, which I’m hereby referring to as part of the horror genre, and we naturally segued into talking about our childhood trips to Sea World, just down the coast. When I was young, a whale or dolphin sighting was not a rare occurrence in Southern California, at beaches like Santa Monica, Zuma, and Laguna. Swimming along just beyond the wave crash-line, I’d often see a flipper or two checking me out from a safe distance. I fell in love with dolphins, with their smile-like faces and affectionate relationship with us landpeople, they’re like the unicorns of the sea – beautiful, revered, guileless – all the stuff of little girls dreams.

My love affair with dolphins only increased through reading some of the best young adult books I believe have ever been written, featuring a girl and her dolphins. All intensifying my own personal viewpoint that, like unicorns (and Hippogriffs) dolphins only appear when you really need them, and only, like the Great Pumpkin, if you’re really sincere. I honestly don’t know which came first: my love of the sea, and silvery, joyous dolphins in particular, or the YA lit with dolphins in a starring role. Because when I go back and re-read my favorite girl-and-her-dolphin books, memories come flooding back to me along with the adventures. And it’s all good stuff.

There are tons of books out there featuring our best friends of the sea, but I’m just talking about the classic, possibly semi-fictional, non-cartoon versions. My three favorites, then: A Ring of Endless Light, by Madeline L’Engle


Vicky Austin is one of my favorite heroines, mostly for her ability to show up in some of the best, most uncelebrated Madeline L’Engle books. And for her love of marine biology, dolphins, poetry and classical music. It doesn’t hurt that young Vicky is distracted from the melancholy of her grandfather’s slow decline at the family homestead on Seven Bay Island by not one but three suitors: the boy next door, the suicidal cutie (who, in lit retrospect, is an early Edward Cullen prototype) and the older brother’s bff. Vicky gets to work with the friendly local pod, is around when a dolphin mom gives birth, and, along with boy #4, names the wild pup, Njord, Norse god of the sea. This was the first book that introduced me to the magical islands off the coast of Georgia, and led me to dream of becoming a marine biologist with my own friendly dolphin pod, with whom I could play to my heart’s content, splishing and splashing along in the ocean, with three suitors waiting on the shore.
What’s Up in YA? Newsletter
Sign up for What's Up In YA? to receive all things young adult literature.
Thank you for signing up! Keep an eye on your inbox.
By signing up you agree to our terms of use Island of the Blue Dolphins, by Scott O’Dell
A Pacific island that looks like big fish sunning itself in the sea, surrounded by dolphins, otters, cormorants, and populated with wild dogs. After her family and tribe take off for the mainland (Santa Barbara, California), Karana, who literally missed the boat chasing after her adored but naturally annoying baby brother, spends 18 years alone on the island, building shelter, hunting for food, gathering supplies, and being an all around young adult bad-ass. This is a fictionalized account of a very true story. Karana makes friends with the dogs, and, naturally the dolphins, and sets up home at Coral Cove, where the view of the sea is like “gazing upon a flat blue stone without any scratches.” Reading this book, I imagined lazy days fitting a spear for fishing and combing my hair on the tidepools, mermaid style. As long as no red sails (or, present day, behemoth oil rigs) appear on the horizon, things should be fine. The continual debate I have with myself about this book is the ending. Karana is ‘rescued’ and goes to join her remaining tribe at the Mission, leaving the relative peace and oneness with the world of her island behind. Now we’re all dreaming of a return to simple, green living, and our own private island is the stuff of lottery winning fantasies. So I ask you: is Karana’s ending a happy one? 
Did you know that the co-writer of the movie 2001: A Space Odyssey is also a full-fledged British Knight, winner of a Nebula award for science fiction writing, known as one of “The Big Three” science fiction writer guys (along with Robert Heinlen and Isaac Asimov) and, perhaps most importantly for our discussion, the author of Dolphin Island? I must admit I did not till recently, and I’ve decided to re-read Dolphin Island as as my first book of 2014, in hopes that it will take me back to the good old days, before Blackfish attempted to ruin everything. Because here’s the gist of Sir Clarke’s story: Late one futuristic night, a spaceship makes an emergency crash landing in the Pacific Ocean, leaving stowaway Johnny Clinton to be saved by the “People of the Sea”. Dolphins, natch. Led to an island in the Great Barrier Reef, Johnny’s adventure leads him to a mad scientist who is attempting to communicate with the People of the Sea. Will Johnny survive island living, typhoons, swimming naked, and save the (actual) people of the island? Will the dolphins help?  I’m sure these questions are answered with a resounding “yes”, but I honestly cannot remember the details, which makes me even more excited to dive back in.

This is just the tip of the iceberg – so please feel free to add your favorite suggestions.