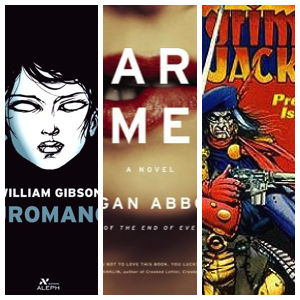 This is a guest post from Adam Sternbergh. Adam is the author of Shovel Ready and its sequel, Near Enemy. He’s also a contributing editor to New York magazine and Vulture, as well as the former culture editor of the New York Times Magazine. Find him on Twitter @sternbergh.

My genre kryptonite isn’t a single element so much as a kind of literary alloy: basically, if a book fuses two or more genres together, I’m already halfway toward cracking the cover. That’s right: I am a sucker for genre mash-ups. For example, I’m not much taken with straight westerns, in which cowpokes cross the lonely prairies on horseback. But if the cowpokes are aliens and/or their steeds are robotic—suddenly my antennae are standing at attention. There are certainly genres I enjoy in their pure, uncut form—give me hard-boiled crime; give me noir; give me pulp—but to me, as a reader, one of the great joys of this late-date in pop-culture history is watching different genres recklessly and joyfully collide.

Of course, genre novels and movies often cross-pollinate: George Lucas famously borrowed any number of tropes from westerns and samurai movies for his space opera Star Wars, and Star Trek was, at least apocryphally, pitched as “Wagon Train in space.” But what I’m most interested in are the overt, unabashed, and self-conscious mash-ups—novels like Gun, with Occasional Music, the private-eye/talking kangaroos mystery that was Jonathan Lethem’s debut. Or, frankly, anything cyberpunk, especially as forged by William Gibson in Neuromancer—a visionary novel that took the familiar tropes of one world and injected them with the unfamiliar scenery and sensations of another, thus creating something both recognizable yet wondrously unexpected. 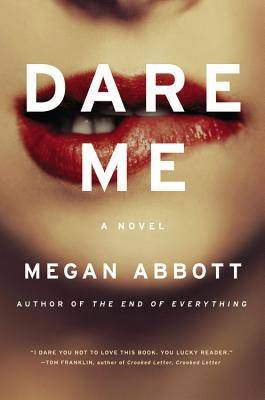 Among my favorite mash-ups: The Yiddish Policemen’s Union by Michael Chabon, which doesn’t fuse different genres so much as swallow a bunch of them whole, recombining the DNA of literary realism, detective pulp, alternate history, and speculative fiction (it won the Hugo Award, after all) into a crazed and fantastical mutant romp. Megan Abbott’s Dare Me is an unlikely but spectacular marriage of high-school melodrama (think Bring It On) and pitch-black noir (think Double Indemnity). The City & The City by China Miéville somehow transforms a crime story set against a sci-fi backdrop into a powerful and haunting political allegory. And I don’t give a whit about vampires, at least not in their traditional garb—but plant one on the dirty streets of a vicious New York, navigating rival clans that echo the gangs from The Warriors, and you’ve got the delightfully addictive Joe Pitt novels by Charlie Huston, starting with Already Dead. (For more grunge-vamps, see the excellent Kathryn Bigelow film Near Dark.) 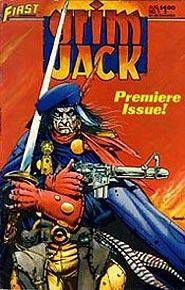 I’m not sure which was the first mash-up I ever encountered, but I’ll blame this predilection on an ’80s-era comic book called Grimjack. I discovered it a time in my early teens when I was weary of mainstream superheroes, having read different versions of the same “It’s clobberin’ time!” good-guys-versus-supervillains narrative again and again. By contrast, the titular hero of Grimjack (real name: John Gaunt) is described on Wikipedia as “a sword-for-hire, ex-paramilitary, war veteran and former child gladiator” (!!!) (astonished exclamation marks mine). The comic melded so many genres—hard-boiled detective, noir, samurai, fantasy, space opera, western—that its genre might best be described as “All of Them.” Basically, if a genre existed, Grimjack would eventually get around to stripping it for parts.

The critic and novelist Lev Grossman once described genre novels as being like a chess board—the pieces are often familiar, but the potential combinations (and the skill with which you employ them) are infinitely variable. I love this analogy and it also reminds me how, as a kid, I wasn’t above mixing and matching elements from different games—a few chess men, some checkers, the top hat from Monopoly, maybe a Stratego piece, and a couple of tokens from Risk—and dreaming of creating a whole new game from the pieces. That’s what’s so seductive to me about genre mash-ups. They represent the best kind of literary alchemy, whereby beloved elements are recombined to create that rarest and most miraculous of elements: originality.