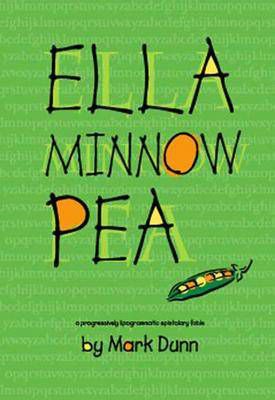 Is it a stupid kind of cliché to start a Genre Kryptonite piece about epistolary novels as a letter? Yes. However, it is a cliché I cannot resist, which is apropos, because I can’t resist an epistolary tale either.

The other night, as I finished Maria Semple’s funny, engaging Where Did You Go, Bernadette? I tried to discern what it is about these kinds of stories that I like so much.

I like that they feel deeply personal and somehow a bit distant at the same time. I like that tension between being who you really are when you write a letter/email and who you want the recipient to think you are. I like trying to decipher the letter-writer’s intent and figuring out how they feel about the person they are writing to.

Epistolary novels move at a quick pace. I love that. I like that stuff happens, a lot of it “off stage” and we’re just getting the reaction, the rehash, the long story short so to speak. And when, like in the case if “Bernadette,” we get letters from different people, all the better. Seeing the same events from varying perspectives is a lot of fun.

Here are a few of my favorites from the epistolary category.

Ella Minnow Pea by Mark Dunn is probably my all-time favorite epistolary novel. They book takes place on the island of Nollop, which is off the coast of South Carolina and is the birth place of Nevin Nollop, who created the pangram “The quick brown dog jumps over the lazy dog.” When letters from the famous pangram start falling off the memorial statue of Nevin, the government bans the use of those letters. Hilarity ensues as more and more letters fall.

Dear Everybody by Michael Kimball is a close second for favorite. A novel about weatherman Jonathan Bender, told through a series of suicide notes he wrote before he killed himself. It’s a sad, sad story that unfolds. Jonathan wrote notes to his mom, his dad, his brother, his ex-wife, ex-girlfriends, old neighbors, Santa Claus, and the people who watched him on TV. A lot of the notes are apologetic and kind of heartbreaking.

Microserfs by Douglas Coupland probably hasn’t aged well. It’s been nearly twenty years since I read the story of a bunch of Microsoft programmers who ditch the monolith to create a sort of electronic LEGO game (Minecraft, anyone?). This is one of those books I always vow to get back to and yet never make the time to do so. Now, I bet Daniel’s journal entries read like a perfect mid-90s, early-Internet time capsule. (Personal Aside: I named my first Mac Jed because that was Daniel’s password.)

Super Sad True Love Story by Gary Shteyngart is one of those novels I was pretty sure I was going to hate. I’m not a particular fan of Shteyngart’s writing, but this story told through journal entries and social media-esque updates won me over. It takes place in a near future where privacy has been eradicated and you are your credit score/attractiveness rating. This one is funny in the way that makes you uneasy, and you’ll laugh out of nervousness because a lot of it hits too close to home.

We Need to Talk About Kevin by Lionel Shriver is one of those books where you become so entrenched in the main character’s point of view that, as a reader, you start to believe the same insane stuff the narrator thinks. For instance, you may find yourself thinking things like, “yes, yes that infant is totally out to get her!” Crazy. In this one, Eva, the mother of a high school-aged murderer, writes letters to her husband about their son. It’s chilling and wonderful.

Those are a few of my favorites, what’s your favorite?

Yours til Niagara Falls,
Jodi

P.S. Yours til Niagara Falls, Abby, an epistolary novel for kids, was one of my favorite books as a child.