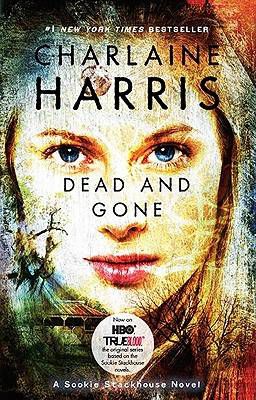 To be clear, I am not the one that first called these fine ladies “bitches.” It is a name that they each get called on a regular basis, though. The insult is usually delivered by some guy they are fighting with, and more often than not, that guy finds himself flat on his back and in considerable physical pain. That is to say nothing about his injured pride.

These women, on the surface, don’t seem like much. They are not traditional beauties. Their bank balances hover just above zero. They are easily distracted. They are also highly intuitive, fiercely loyal, and unbelievably lucky. And under the right circumstances, they can definitely be bad-ass.

And, yeah, sometimes they can be bitches. But in a good way.

Stephanie is divorced and living with her hamster in a one-bedroom cookie-cutter apartment.  She loses her job as a lingerie buyer and blackmails her cousin Vinnie into giving her a job as a bounty hunter.  It turns out that she is way better at the job than anyone could have expected. This is not because she has any special skills – she doesn’t – but because she is one of those people for whom it all works out in the end. Along the way she’ll destroy a car or two, get beaten up, and have a major blow-out with one of the men in her life. Her life will hang in the balance, but the balance always tips in her favor. Unrealistic? Sure. But it is also highly entertaining.

Stephanie was my first ditzy yet endearing heroine, and as such, she will always hold a special place in my heart.  Katherine Heigl better not ruin her for me.

Sookie is all alone in the world except for the grandmother that raised her and her older brother, Jason. She’s a waitress at a local bar, and she keeps to herself as much as she’s able. It’s hard for her, though, since she can hear what everyone is thinking. Most of what she hears makes her not want to know too many people. Then in walks Bill. Bill’s a vampire, and she doesn’t hear anything coming from his head.

But, of course, you all know that. You watch True Blood. Anna Paquin does a fairly good job bringing Sookie to life, or she did until she started shooting balls of light from her palms. I’m also not sure about how they are handling the whole “Sookie is part fairy” thing. It’s getting weird. The books are better.

Madeline is a recent addition to my list. I discovered her because of an invitation to participate in the blog tour for the third book in the Black Wings series. I normally avoid featuring series on my blog, so I was inclined to refuse. I was intrigued, however, by the whole “Agent of Death” thing. It reminded me of that show Dead Like Me.  I decided to give the series a try.

Turns out the books are nothing like the show, but that’s okay. Maddy Black is  a bad-ass. She inherited her job from her mother, and the series opens with her discovery that she is not the average agent. Her father is a fallen angel, and her mother was a direct descendant of Lucifer. She’s the most powerful agent out there, perhaps the most powerful being in existence. The thing is, she doesn’t know how to use that power and it often runs away from her.  If she drove, then I’m sure she’d give Stephanie Plum a run for her money in terms of automobile destruction. It’s a good thing she has wings.