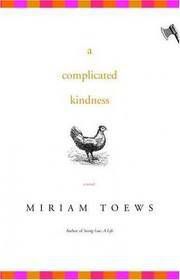 This installment comes from Morgan Macgregor. Morgan is a reader living in Los Angeles. She blogs at Reading in LA and is working on her first novel.

Am I wrong in thinking that all genre kryptonite is basically aspirational narcissism for the reader? I mean, that’s why it’s kryptonite. Sci-fi addicts envision themselves as being just that much removed from humanity; Harlequin diehards imagine they must have been medieval countesses in their last lives, objects of blazing desire for kings and outlaws alike. We read to escape, most of the time, but sometimes we want to read about ourselves. Or, our more romantic, more literary selves: our fictional selves.

In the realm of fictional selves, I’ve always fancied myself the crazy girl. I have a weakness for that beautiful, hapless psychotic (she’s just too smart and pretty for anyone to understand her!) and thus, I return to my genre kryptonite – Crazy Girl books – every now and then to indulge in a little role-play.

Generally Disaffected Girl novels will invariably, at some point, be blurbed as,“The Catcher in the Rye for girls,” with the heroine described as,“the female Holden Caulfield we’ve all been waiting for.” I kind of resent this, because I think the Crazy Girl is way more interesting than Holden Caulfield, and anyway the whole conceit is basically sexist, but whatever.

My favorite of the Generally Disaffected Girl genre is Miriam Toews’s A Complicated Kindness, a wicked-smart novel about a 16-year-old girl growing up in a Manitoba Mennonite town with her father, plotting her escape, cutting down everything around her with irony and humor, though never real scorn, and generally giving the middle finger to the establishment. At one point she gets a job dressing up as an olden days Mennonite in a pioneer village fabricated to give tourists a glimpse of the hardscrabble “Menno” peoples in their natural habitat. Naturally, hilarity ensues.

Two other fantastic Generally Disaffected Girl novels are The Ice Storm, by Rick Moody, and the more recent In Zanesville, by Jo Ann Beard. If you prefer to get your alienated-girl fix in smaller bites, go for A.M. Homes’s collection Things You Should Know, and if you’re looking for some real-life inspiration, try An Education by Lynn Barber.

Moving into Straight-Up Crazy Girl territory, we’ve got the two classic nonfictions: Girl, Interrupted, by Susanna Kaysen, and Prozac Nation, by Elizabeth Wurtzel, both infinitely inspirational to my 14-year-old self. Aspirational, rather. In fiction, we have The Virgin Suicides, that deliciously, deeply funny tragedy by Jeffrey Eugenides (Cecilia Lisbon attempts suicide because, “she wanted out of that decorating scheme”) and the inexplicably out-of-print Flames Going Out, by Kin Platt. 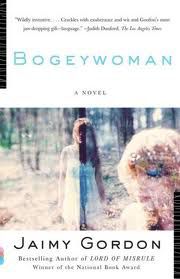 But in my opinion, the holy scripture of any wannabe (or actual) Crazy Girl will always be Bogeywoman, by Jaimy Gordon, a ludicrously inventive, seriously under-recognized miracle of a novel. The prose itself is Crazy Girl incarnate: vulgar, self-effacing, nonsensical, looping in on itself into oblivion, and loaded with the threat of implosion.

Bogeywoman herself is Ursie, the brains behind The Bug Motels, a rock band that plays medical supplies for instruments in the adolescent ward of the Baltimore psychiatric hospital where they live. Bogeywoman thinks she can remain a “Unbeknownst To Everybody,” until the beautiful, enigmatic Doctor Zuk shows up and Ursie has to face her sexuality or be subsumed by it. Note: this is not a Lesbian Novel (which I also love). Gordon’s act of magic here is that Ursie’s homosexuality is only one of the weighted and luscious strands that serve to weave Ursie, and ultimately the reader too, into the Bogeywoman. By the end, you’ll be positively haunted.

So go on n’ get your Crazy Girl on, and let me know what your favorites are.