I’ve always loved crime fiction, whether it’s a whodunit or a howdunit or a deep dive into a criminal mind. But perhaps my favorite type of crime novel is the cold case. There’s something exciting about watching someone unearth a crime from the past, long after its impact has been made and players have moved on. The emotions are less raw perhaps, but no less complex. The people involved have had time to process what happened, but that means they’ve had time to lose their fresh, in-the-moment memories and craft their own version of the story. Watching those stories collapse is part of the fascination.

Because cold cases are not active, the investigator needs a reason to dredge them up. Although it’s possible that someone will come along to hire a detective to pursue a dormant case, many cold cases are personal to the one looking into them, whether that person is a detective or a bystander to the original crime. This raises the emotional stakes, making the danger more potent. 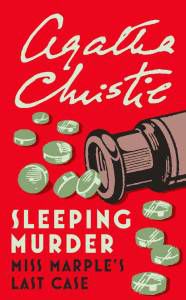 Miss Marple’s final mystery was, I think, my introduction to this type of crime story. A young bride becomes haunted by what she thinks is a ghost when she and her husband move into an old house. This book is creepier than many of Christie’s mysteries and one of the only ones that I’ve found rewarding to reread. I still get a little shiver down my spine when I hear the lines from The Duchess of Malfi (“Cover her face. Mine eyes dazzle. She died young.”) that help unlock the mystery. 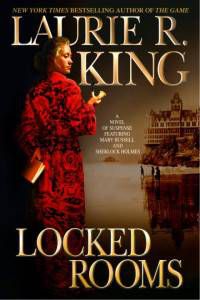 The eighth book in the Mary Russell/Sherlock Holmes series returns Mary to her childhood as a series of dreams take her back to 1906 San Francisco and a period in her childhood she didn’t realize she’d forgotten. (Although, with some exceptions, I don’t think it’s essential to read the Russell/Holmes books in order, this one is best if you’ve read at least a couple of the earlier mysteries and gotten to know Russell.) 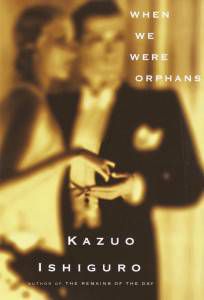 When We Were Orphans by Kazuo Ishiguro.

Another detective story, but not part of a series, this book features Christopher Banks, a private investigator whose parents disappeared when he was a child. Determined to solve the mystery and perhaps even find his parents, Banks returns to Shanghai where he was raised. This is a story where the detective himself is as much a mystery as the crime, but I won’t say more here for fear of spoilers. It’s a wild ride and may be my favorite of Ishiguro’s books. 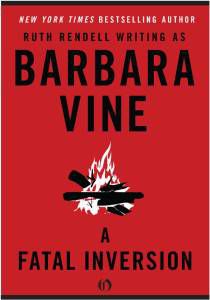 A Fatal Inversion by Barbara Vine.

I could easily fill this list with books by Ruth Rendell writing as Barbara Vine. She’s a master at this kind of story. This is one of the first of her books that I read, and I still consider it among her best. The novel begins with the discovery of the bones of a woman and infant buried on the grounds of Wyvis Hall, where 10 years earlier, in 1976, a group of friends made the house a temporary home. Vine follows the thoughts of three of those friends as they react to the discovery and look back on what happened that summer. 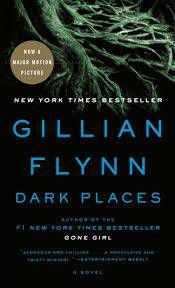 Like A Fatal Inversion, this is not a detective story. Instead, it’s the story of a crime witness revisiting her own memories and discovering that she doesn’t know the whole story. Libby Day was only seven when her mother and sisters were murdered in what was believed to be a Satanic sacrifice, and Libby’s testimony of what she saw and heard that night sent her brother to prison. But followers of the case believe Libby got it wrong, and they convince Libby (with promises of much-needed cash) to take another look.

Cold cases take the investigator and reader alike on a journey where reality can become completely upended, forcing protagonist and reader to question everything. They’re fertile ground in which to plant unreliable narrators, both those who are intentionally unreliable and those in the grip of false memory. And I find them irresistible.