Maybe I read Daddy-Long-Legs too many times growing up, but I’ve always found the idea of falling in love through letter writing incredibly romantic. Don’t tell anyone, but in seventh grade I even had an imaginary boyfriend I wrote letters to in my diary. He never wrote back (obviously), so I soon lost interest. But I never, never stopped completely falling in love with reading epistolary novels and romances that unfold through the written word. Whether handwritten letters, emails, or text messages, I love them all! Here are six of my favorites. 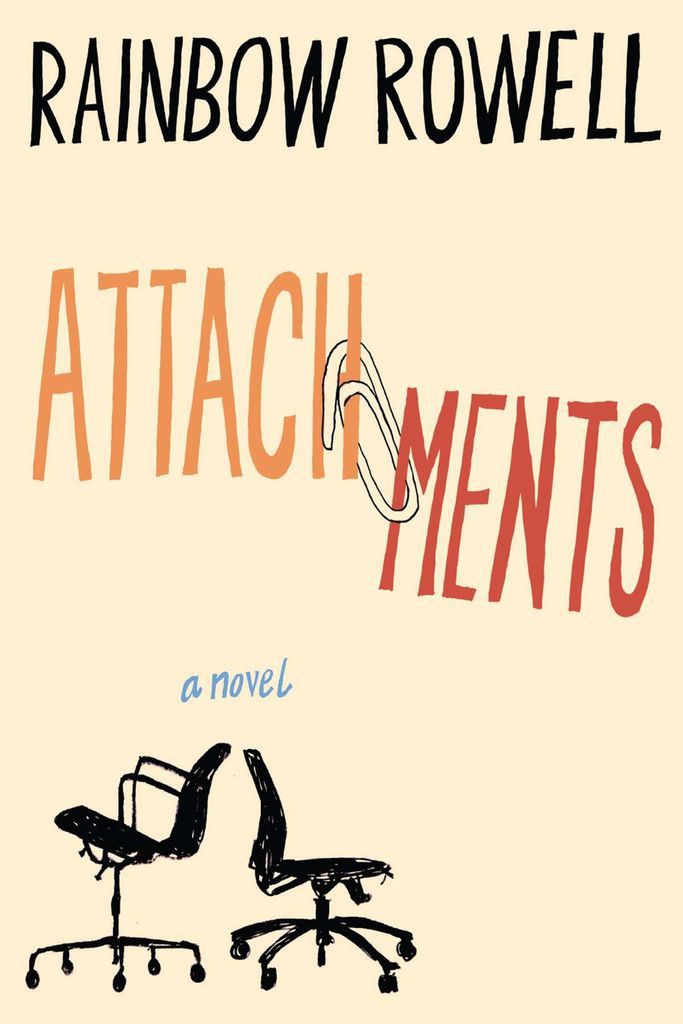 I can’t think of a more millennial romance than Attachments by Rainbow Rowel. Twenty-something Lincoln O’Neill is a romantically-challenged perpetual grad student who’s just moved home. His new job as an “internet security officer” is basically a fancy way of saying he reads other people’s emails to make sure they are work-related. Beth and Jennifer’s emails are anything but work-related. But even though Lincoln has never met either woman, he finds the messages so engaging that he decides not to turn them in. Then he starts falling in love with Beth and, well, things get real complicated real fast. Rowell’s Fangirl and Eleanor and Park get more attention, but this novel is too sweet and hilarious to be ignored. 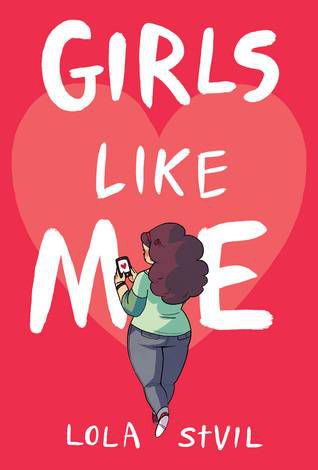 I’m surprised and disappointed that Girls Like Me, by Lola St. Vil, didn’t get more buzz when it came out last year. I stayed up late into the night reading the fifteen-year-old Shay’s lyrical poems and online love messages to the mysterious Blake. In Blake, Shay finds an escape from school bullies, grieving her dead father, and a stepmother who’s on a mission to make Shay lose weight. Blake wants to meet, but Shay would rather stay anonymous than risk the relationship they have. She doesn’t see how Blake could possibly love her once he knows who she is and what she looks like. 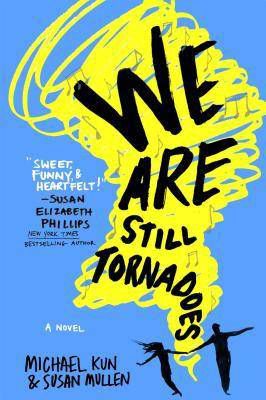 Unlike most protagonists in letter-writing romances, in We Are Still Tornadoes, by Michael Kunn and Susan Mullen, Scott and Cath have known each other their whole lives. This book is set in the summer of 1982, Cath is going off to college and Scott is staying behind. In an era before email, cellphones, or social media, the best friends stay in touch by writing letters. Through descriptions of flirtations, heartbreak, and family betrayal, their relationship becomes more intense than ever – maybe even intense enough to turn into something romantic. I loved  the timeless descriptions of adjusting to life at college and trying to piece together the mysteries of what Cath and Scott weren’t saying to each other in the letters. Sawoon! 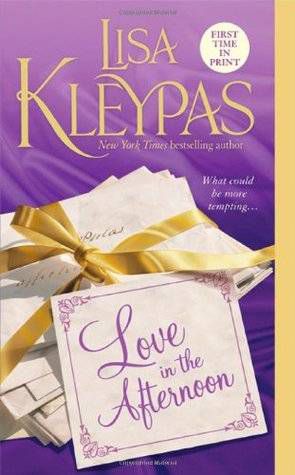 Ignore the cheesy title and cover of Love in the Afternoon and you’ll become head over heels smitten with this Regency romance novel by Lisa Kleypas. Captain Christopher Phelan thinks his is writing to his fiancée Prudence while he is away at war. Through his letters it’s becoming clear that battle has changed him. Prudence doesn’t know what to do with this new dark side of him, so her eccentric friend Beatrix begins writing the letters for her. As the two fall deeply in love through their correspondence, Beatrix can’t imagine living the rest of her life without Christopher. Christopher is returning home, eager to marry the woman who captured his heart. But will that mean Prudence or Beatrice? With a goofy cast of animal companions, an emotional portrayal of PTSD, and some very (and I mean very) sexy scenes, this book will make you laugh, cry, and swoon big time. 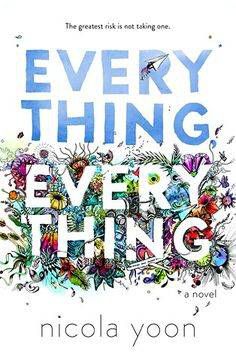 In Everything, Everything by Nicola Yoon, eighteen-year-old Madeline doesn’t expect to ever fall in love. She’s lived her entire life with a rare disease that makes it impossible to leave the house. The only people she’s seen in the last seventeen years are her mom and her nurse. Then a brooding, black-wearing boy moves next door. Ollie asks for her phone number, and the two fall in love through text messages. Even though they can’t be in the same room together without risking Madeline’s health, the bond they form is deep and will change both of their lives forever. 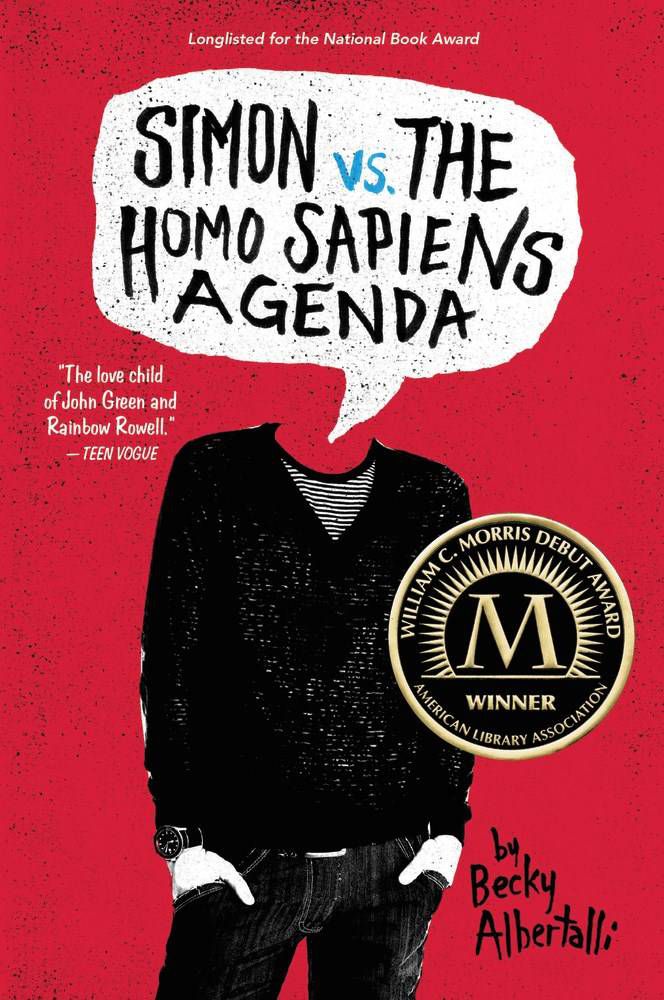 I’ve reread Simon vs. the Homo Sapiens Agenda by Becky Albertalli many, many times. I almost don’t have the words to describe how much I love this book. Simon prefers to keep his sexual orientation to himself, except through secret, anonymous messages with Blue, the pen name of the boy he’s been emailing. When Simon forgets to log off from a school computer, the class clown gets a hold of Simon secret messages. Even worse, he blackmails Simon into playing wingman for one of his best friends. Now, Simon has to worry about everyone finding out he’s gay, betraying Blue’s trust, and ruining his best chance at actually having a boyfriend in high school. The messages between Simon and Blue will make your heart melt, and the drama in Simon’s friend group will make your whole body cringe. The mystery of finding out who Blue is will keep you turning pages as you fall in love with these oh so clever and nuanced characters.