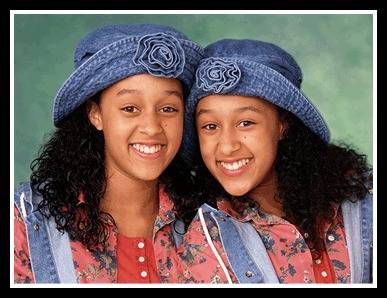 I’m a big sister. It’s part of my identity, a layer I took on at age 3 and routinely one of the first things that people ask me about myself (“So, do you have any siblings?”).

Characters in books often have sisters in the same way that characters have arms: they might be mentioned a few times but it’s mostly just taken for granted that they exist because they’re a thing that people have.

What I love is when an author takes the time to really develop a fictional sister relationship until it’s so vivid and full that I just have to put the book down for a minute and text my own sister. (This also happens once per episode when watching seasons 5-6 of Buffy.)

Cassandra and Rose live in a decrepit castle with their reclusive father and their ex-model stepmother, who enjoys going for nude midnight strolls. Each sister is the other’s fiercest ally in this bizarre situation, until some new neighbors move in next-door and things start to change.

Bonus points to this one for being one of J.K. Rowling’s favorite books!

I almost left this off due to obviousness, but it’s too wonderful and relevant to leave out. Who is more annoying and more wonderful than your sisters? (I have to confess, I’ve seen the movie more times than I’ve read the book.)

The relationship between June and her sister doesn’t take up that much of the book in terms of volume, but it’s one of the most important to the characters. These sisters understand that no matter how she’s been acting towards you recently, you always, always, always have your sister’s back when she needs you. This is also a gorgeous book in general, and still one of my favorites published in recent years.

I’m pretty sure you’ve heard of this one before, but it’s usually touted as a paragon of the bickering romance than a book about sisters looking out for each other. But what makes Elizabeth decide to really hate Darcy? She realizes he’s messed with her sister. What changes her mind? She finds out that he’s help her other sister.

I loved Fangirl as much as everyone else who’s been talking about it here on Book Riot; one of my favorite parts was how well it showed the struggle of sisters who are growing up and trying not to grow apart – or, rather, trying to renegotiate their relationship as they come into their adult selves. This one’s especially amazing in the way it looks at how people who could be the same (twins, in this case) can react so differently to life, in both large and small ways.

If you’re a big sister then you weren’t surprised when Katniss volunteered as tribute, because you would have done the same.

This book has an interesting premise: the main character, Anna, was conceived to be a bone marrow match for her ailing older sister, Kate. My Sister’s Keeper introduces the teenage Anna as she starts to question her feelings about the role she’s been born into. This one’s a tear-jerker, in case you’re not familiar with the author’s style.

Does anyone share my genre kryptonite for books about sisters? What books am I missing?