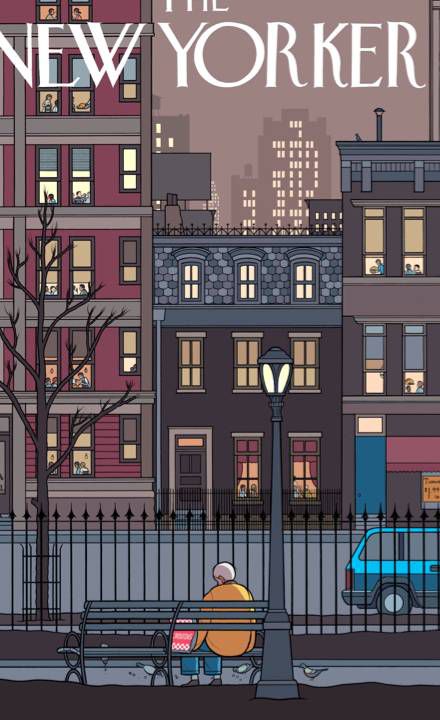 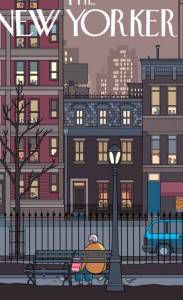 I was a relative latecomer to the New Yorker, subscribing only after my post-college move to Manhattan. When I fell for it, I fell hard, and the helium of infatuation made my voice pitch high as I pushed its articles on friends and coworkers. I would feel a stab of regret at not becoming a weekly reader earlier—after all, I had missed the William Shawn years—but would console myself with the thought that if I had been canoodling with Eustace Tilley as a teenager, I would have been an even more transparent snob than I had been as a student.

By then, the New Yorker was transitioning to the new Condé Nast tower, but before it moved, I would pass by the old building à la Lloyd Dobler, imagining the old offices with their Thurber drawings and cigarette-smoke ghosts. I idolized its fact-checkers. I read compilations of old “Talk of the Town” columns. Tell me I’m not alone here.

Inevitably, to learn more about my crush, I turned to the heaps of memoirs and biographies written about the magazine. These are the books I’ve read so far that best capture the genius of the place. (I can hardly wait to start Elizabeth Bishop and the New Yorker. Has anyone cracked that yet?)

Letters from the Editor: The New Yorker’s Harold Ross

Not just one of the best books about the New Yorker, but one of the best collections of correspondence I’ve ever clapped eyes on. The irrepressible, gap-toothed Ross landed in New York after the war and set out to launch a humorous, glamorous weekly magazine. Though he never published a word in his creation, his hundreds of behind-the-scenes letters reveal a dynamic, honorable, and hilarious personality. He would aggressively nudge his writers and editorial staff, but often ended a pushy or sandpapery letter with a kind word. (As with one rejection letter to William Rose Benét, starting with “this verse, damn it, is obscure” and ending with “Please don’t mind. Love, Ross.”)

Salvaged notes and memos give a sly look at the magazine’s early inner workings, like his note to E. B. White: “Will you pls. look in on me when you wake up? I never disturb a sleeping man.” Ross got down to brass tacks with expenses and once wrote a letter to restaurateur Dave Chasen about the wonders of smoked turkey. He prudishly censored bad language, even in internal letters. Writing to editor Katharine White he was rather courtly, but he raised hell with Mencken. How do you not love a man who once gave an editor a page of commas for Christmas?

Here But Not Here: My Life with William Shawn and The New Yorker by Lillian Ross

Ross’s bracing love story about her life with the New Yorker’s editor-in-chief is equally a love story about the magazine itself. She describes the many people who worked with and supported Shawn, from fiction editors to copyeditors and the magazine’s librarian. “To the writers, every one of us,” she wrote, “he gave the freedom to find ourselves and be ourselves.” Yet she shares the wrenching observation that “he couldn’t find that freedom for himself in his own work.” What would that work have been? Had he stepped away from editing at an earlier point, what kind of writing would he have pursued?

When the prospect of an union reared its head in 1976, Shawn diagrammed the exact ways in which the New Yorker nurtured its unique, “friendly, gentle, free, informal, democratic atmosphere.” I’d give a lot to see that diagram. “Informal” isn’t exactly the word I’d ever imagine using for the magazine. But Ross shows us the lighthearted man beyond the New Yorker’s totemic “we”: Someone who would do an entrechat while coming out of a ballet performance, who composed jazz songs, who loved Lenny Bruce and Nichols and May, who raised his hat to babies in carriages.

Here at The New Yorker by Brendan Gill

After working at the New Yorker for more than forty years, Gill gives us the gossip. He adds grit and goofiness to the picture of the magazine’s early office life. You can practically hear Ross exclaiming, “runts live forever!” and feel the chairs wobbling, as they were sometimes held together with bits of wire coat hangers. And there are photos captioned with such observations as, “A door without a knob. There are many such. Nobody knows where the doors lead to, and nobody cares.”

Gill surprised me with his account of editorial camaraderie in the late 1930s: It was nearly nonexistent. “The custom was to speak as little as possible, and then as dourly as possible,” he reports. (This was partially due to whopping hangovers.) Things loosened up over the years, and Gill expands to cover the nearby watering holes and drunken dinner parties with fellow writers such as John O’Hara.

Bonus: The 1975 hardback has a great Charles Addams cover showing a lineup of iconic New Yorkers, such as Peter Arno, Roger Angell, Joseph Mitchell, and an “unidentified second wretch.”

How often do writers extol their editors? Mehta subtitled this “The Invisible Art of Editing” and in the course of his extensive, gentlemanly memoir, “invisible” becomes shorthand for infinite generosity. Mehta’s portrait of Shawn underscores the editor’s great tact and sheer enjoyment of editing. “He sat on the edge of his chair,” Mehta writes, “sounding as if he were about to jump up at any moment in his enthusiasm.”

Mehta makes no bones about the occasional difficulties, such as the wait between an article’s acceptance and its actual publication, since “’soon’ in [Shawn’s] language could mean anything from tomorrow to five years from tomorrow.” But Shawn truly championed both his journalists and his fiction writers, once telling Mehta in a wee-hours taxi, “I want any piece to be read by its natural readers—people who will understand and enjoy it.” In a world of site traffic reports and audience analytics, that goal is ever more essential.