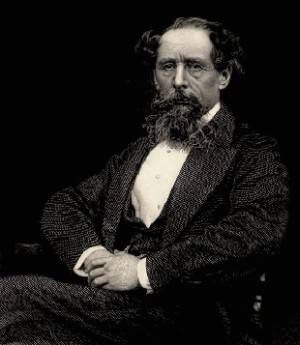 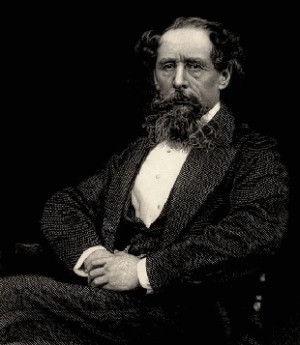 Don’t get me wrong, I like them okay. I’ve read the majority of Dickens’ works, but not all of them. What I have read, I’ve only read once or twice. They didn’t set my world on fire, and I’m afraid they don’t appear anywhere on my lists of favorite books. You’d expect them to, though, when you consider how many biographies of Dickens I’ve read and re-read. I don’t especially admire him as a human being (although I find him very interesting). He had an awful lot of problems, and he was atrocious toward his wife Catherine (for the crime of aging, mainly).

So why the obsession with books about Dickens? I can only answer the question about halfway. By pouring through books about Dickens, and the books loosely related to Dickens, I have a way of getting on-the-ground in the 1800s and exploring the remarkable world of Victorian England. Rather than reading broad-overview books about the era, I’m using a single man and a single lifespan as a focal point and from there, looking around. (The half of the question I can’t answer is, why Charles Dickens? I could achieve the same result using the life of Queen Victoria, for one. Why Dickens? This I can’t answer.)

Here’s a sampling of my reading list about Dickens. Some of them are odd choices, but that’s rather the point.

This is first on the list for two reasons. First, because this is the book which launched my unending obsession with Dickens and his life. And second, because this is an excellent place for you to start as well, if you’re interested in a very odd hobby. Drood is a novel about the last five years of Charles Dickens’ life, narrated by famous author Wilkie Collins, a close friend of Dickens. The novel is a big spooky horror novel of sorts, full of ghosts and the occult, opium dens and overcrowded graveyards…but it’s also full of the lives of both Wilkie Collins and Charles Dickens, and all the people around them.

Through this book, you’ll begin to recognize people like Kate Dickens, John Forster, Ellen Ternan and so on. Because it’s an excellent work of fiction, you experience the era, the biographies, and the cast of characters all without feeling like you’re studying. Thus, it’s an excellent primer, sketching out this world and all its people which other books will fill in with greater detail. (Perhaps you’ll go the opposite route. Perhaps you’ll finish the book and become obsessed with Wilkie Collins. I like that idea.)

The Life of Charles Dickens, Volumes I-III by John Forster

This book is the heavy-lifting piece on this list. If you read Drood and came away wanting to know more about Dickens, you’ll get it all in here. Now, some might argue that there are more accurate and valuable biographies I could have included in this spot – the remarkable Dickens by Peter Ackroyd, for example – but I contend that this isn’t really about accuracy so much as it is about the place. John Forster was not only alive during the life of Charles Dickens, he was a close friend and confidant of Dickens’. Forster was involved in many of the endeavors of Dickens’ later years, largely, I think, because he was easily browbeaten into projects (as many people were. Dickens was hard to refuse). The biography by Forster is exhaustive in its details of Dickens’ life and world on a first-hand basis we simply cannot have a hundred-plus years removed from the lives of these people. What he lacks is any critical analysis, but that’s all right. There are a wealth of very good texts that explore that.

My Father as I Recall Him by Mamie Dickens

This is a very slim volume, written by one of Dickens’ daughters, some years after Dickens died. I think this is a companion book to any more valuable biography because this book is incredibly biased. There are no clear-eyed looks at Dickens here. This is a daughter white-washing her father into the sainted jolly father that England of the time had already begun turning him into. There’s nothing really wrong with that, mind you. What makes this book fascinating to me is what it teaches you about memoirs and biographies, which is that sometimes people lie, or remember badly. The Dickens of this book is not the Dickens I found in Drood, or Ackroyd’s biography, or much of any other book. The way this book is skewed is fascinating, so long as you come to it well aware of how it’s skewed.

The World of Charles Dickens: The Life, Times and Works of the Great Victorian Novelist by Martin Fido

And finally we come down to this slim volume. Yet again we wind up reading the life story of Charles Dickens, from birth, through his skyrocket-career, to his death. One would think we’ve already read this story in each of these previous books, and we have, but only in a way. This final volume is scant on the biography, but lush on the artwork, full of paintings representing Dickens’ stories, pictures representing London and the world in which he lived and wrote. With this book, we are firmly anchored in the life of the man but can begin to move beyond it, looking around at the remarkable world. The joy is not only in the magnificent artwork on hand (including a lot of stuff from Dickens’ era. I have a serious weakness for Victorian magazine columns and political ads. Don’t judge me.) but that with this artwork and book, we find ourselves now properly equipped to explore more widely Victorian England. So from here, I wind up going on to read books out of the mid-1800s, such as one I just finished, True Politeness: A Hand-book of Etiquette For Ladies. Basically, after these books, the Victorian era is yours and my oyster.

In the process of writing this article, I remembered that Claire Tomalin had done a Dickens biography which I haven’t got around to reading, so if you’ll excuse me, I need to re-visit this same old story yet again. It wouldn’t be a proper kryptonite if I could just stop, now would it?