Good girls go to heaven and bad girls go on my bookshelf. I might recycle, remember birthdays and cry when I see disabled dogs, but it’s the wicked women that turn my pages in literature.

As my father sat on the edge of my bed reading me The Lion, The Witch And The Wardrobe, one thought burned in my tiny brain: that White Witch sounds like she has it all figured out. Sure I wasn’t keen on her wolf servants and the whole Aslan thing was unfortunate, but damn she was impressive. Keep your fawns and beavers Lucy Pevensie, I’m going to ride a sleigh, turn people to stone, and magic up Turkish Delight whenever I damn please. 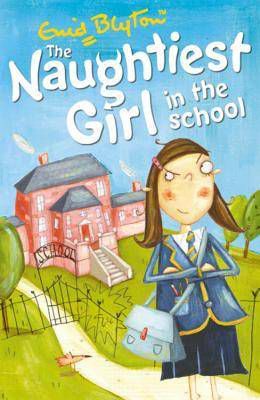 Cut to a small English school where I found a bad girl or two in the library. Elizabeth Allen from Enid Blyton’s The Naughtiest Girl In The School is a 1940s mean girl with plenty of pluck but she shapes up disappointingly quickly. Katy Carr from What Katy Did showed promise, but (spoiler alert) ends up temporarily crippled which rather took the fun out of the vicarious mischief thrills. I needed a stronger hit of devilment.

My condition only worsened with the onset of breasts and braces, and once I stumbled upon Virginia Andrews I was done for. That collection was an all you can eat buffet of terrible role models and I was ready to gorge. Mad mothers, vengeful daughters, wicked siblings and inappropriate sex? It was a party in my brain and a fiesta in my pants.

Tragically, I was a physically healthy, well-cared for girl with a happy family. Is there anything worse for a dramatic teenager? So I developed that strange sixth sense bibliophiles have and found books about sad girls, brilliant girls, girls with more issues than Vogue. Prozac Nation, Girl Interrupted – I wanted to be a Lisa but thought I was probably a Susanna – and Junk by Melvin Burgess. My heroines were troubled, but in textbook teenage style I only saw the dark glamour of their stories.

I read a lot of horror around this time too, but in the ’90s women weren’t so much metal in horror as receptacles for knives and demon spawn. It’s hard to be badass when you’re missing your internal organs.

A little later it was Lux from The Virgin Suicides, then a hot and heavy relationship with The Bell Jar and a crush on Legs Sadovsky from Foxfire: Confessions of a Girl Gang. I scoured libraries, read blurbs, picked through Geocities websites decorated in black roses for possible leads. 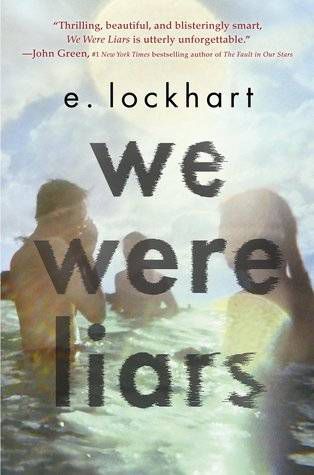 Sixteen-year-old me sizzles with envy at the YA around today. I might be too old to call its characters role models but I can still heart them with all the devotion of a One Direction fan. Daisy from How I Live Now, Cadence of We Were Liars, Genevra “Ev” Winslow of Bittersweet. In my day we had to walk six miles in the snow with no shoes to find that sort of complicated heroine.

Of course it turns out I was just ahead of the trend, now everyone loves a bad role model. Gone Girl made a dangerously unhinged mind the hot accessory for female protagonists and shone a light on some I’d missed. I love every word and heroine Gillian Flynn has ever written and I want to go Misery on her so she’ll write a new book. Megan Abbott’s twisted teens in The End of Everything and Dare Me are heartbreakers and the crime boss Gloria Denton of Queenpin makes me giddy. Kirby Mazrachi from The Shining Girls? Swipe right.

Now that I’m pretending to be a responsible adult I need these ladies more than ever. They’re a time machine back to the teenage me and a reminder that while I might be a good girl in the streets, I’m a bad girl between the covers.