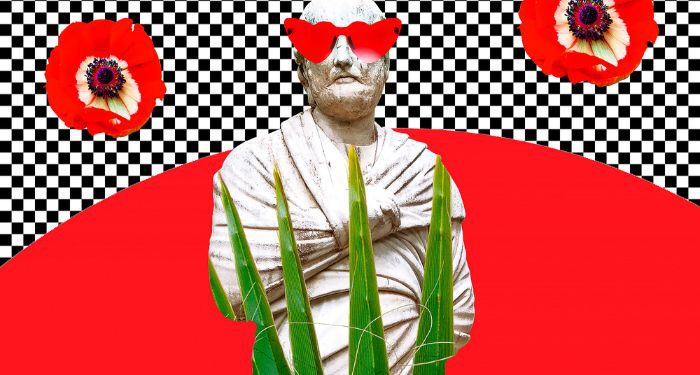 While we know that great writing happens in all genres, sometimes folks forget that, especially literary institutions who have a lot of ideas about what makes great Literature. But as more and more writers push the boundaries of genre with their books, more books with genre elements are winning awards. Colson Whitehead, Jesmyn Ward, and David Mitchell are just a few authors producing literary works with deep roots in genre fiction.

Short story collections with fantastical elements have also been expanding readers’ minds on what literary fiction can look like. Carmen Maria Machado, Ramona Ausubel, and Anjali Sachdeva use a blend of genres to create their incredible stories.

Great stories are great stories, however they are told. Literary fiction that contains zombies, killer robots, or ghosts hunters can be just as good as a classically styled novel. Part of what makes literature great is that authors push themselves to write new and interesting stories that make readers think about life in different ways. Whatever genre, great writing is great writing.

Here are some books that push the envelope and ask literary fiction readers to think about how stories are told and what literary fiction can do. Every one of these books expand on the idea of literary fiction, breaking the mold, and giving us some of the best stories we’ve ever seen. 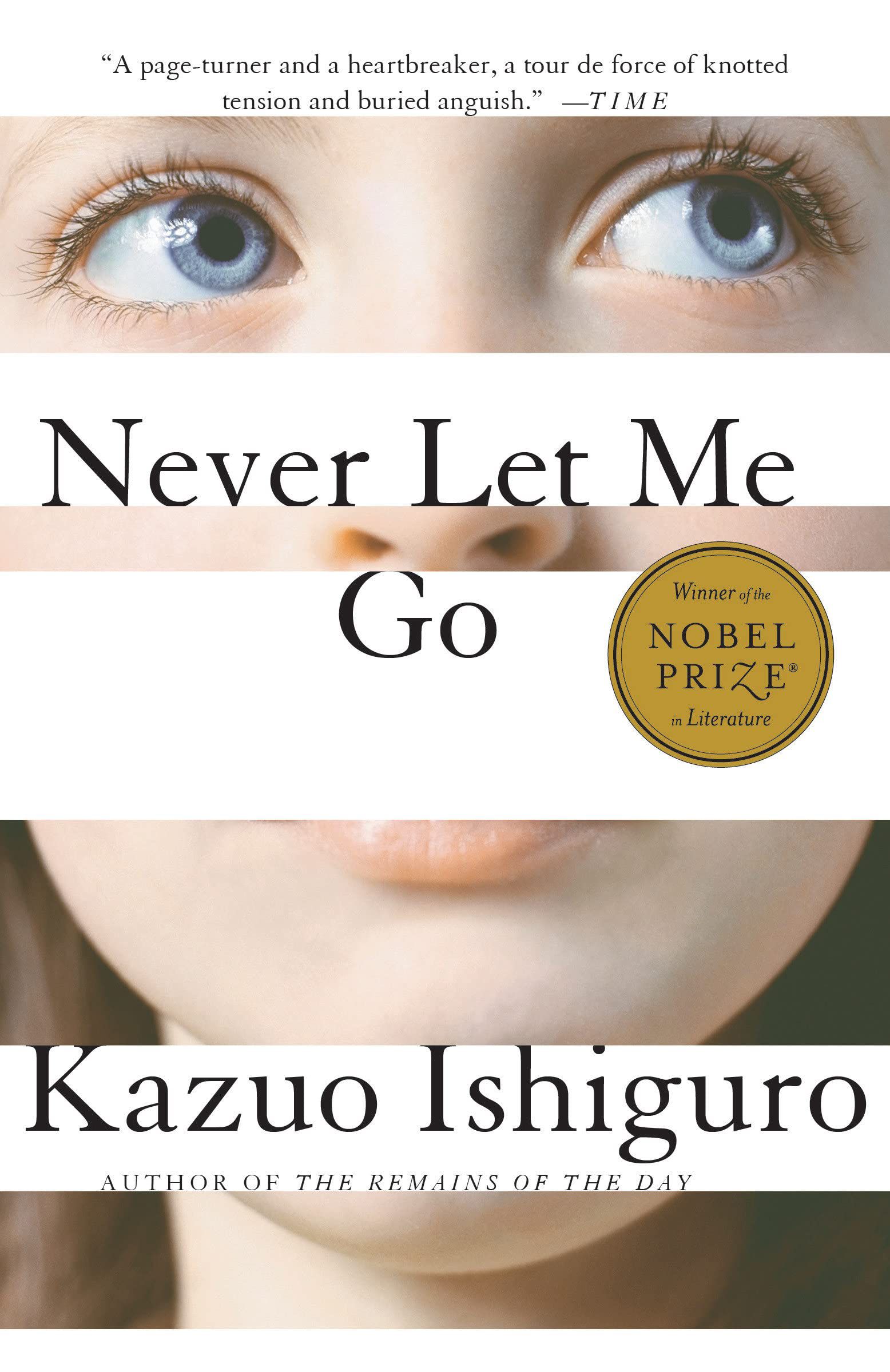 In Kazuo Ishiguro’s contemporary classic, Never Let Me Go, we follow three friends who attend the same school for children set in an alternative United Kingdom. As we learn more about the origins of the school, our perception of the story completely changes. I can’t say much without giving spoilers, but Never Let Me Go has a sci-fi-like twist. 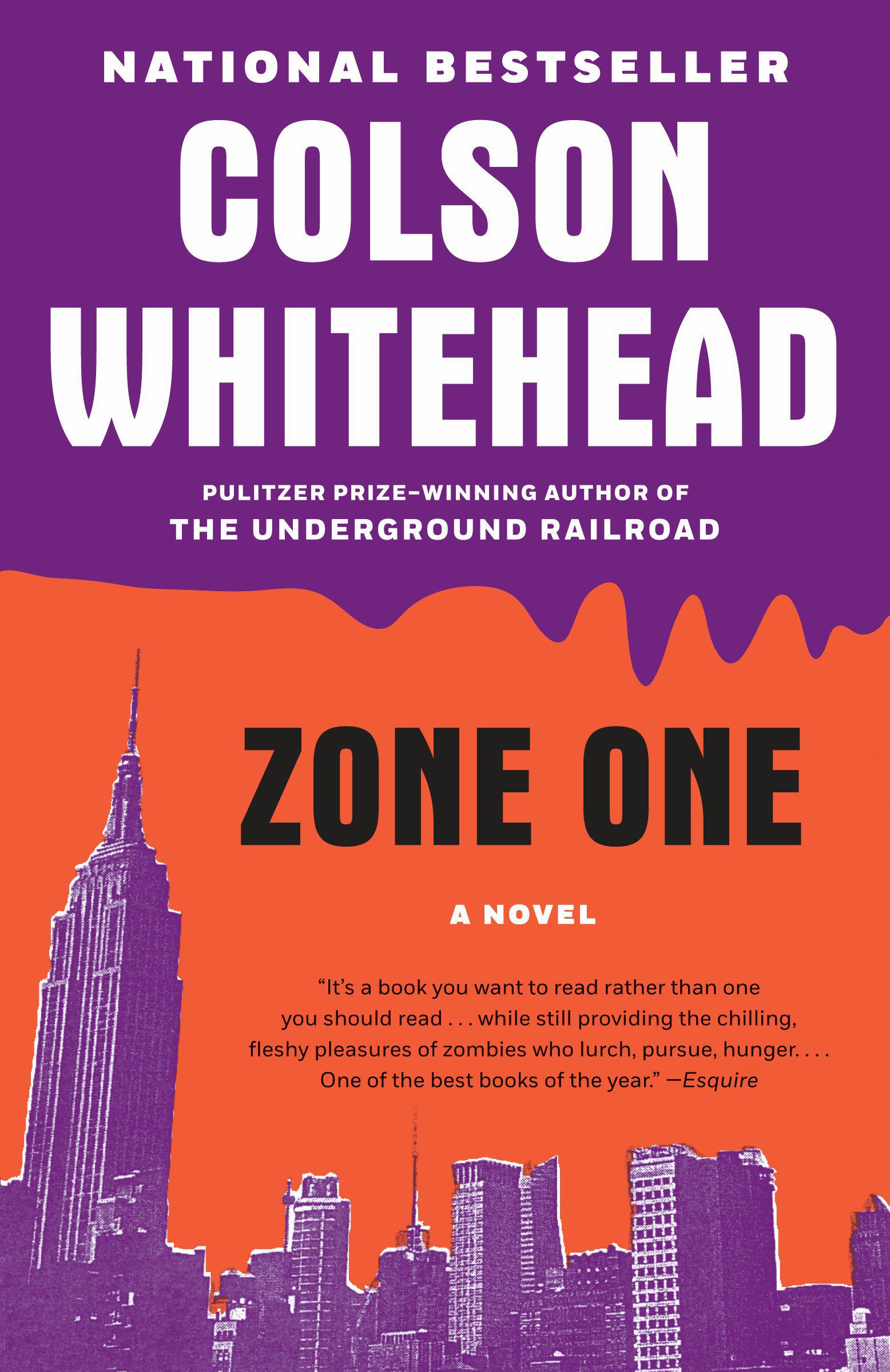 Colson Whitehead loves to stretch readers’ assumptions about what a literary novel can be. In Zone One, Whitehead introduces us to a world overrun by zombies. Mark Spitz is tasked with continuing to sweep through and destroy zombies in Manhattan. The novel takes place over the course of three days of Mark’s life and will keep readers on the edge of their seats as we all wonder who will survive the zombie apocalypse. 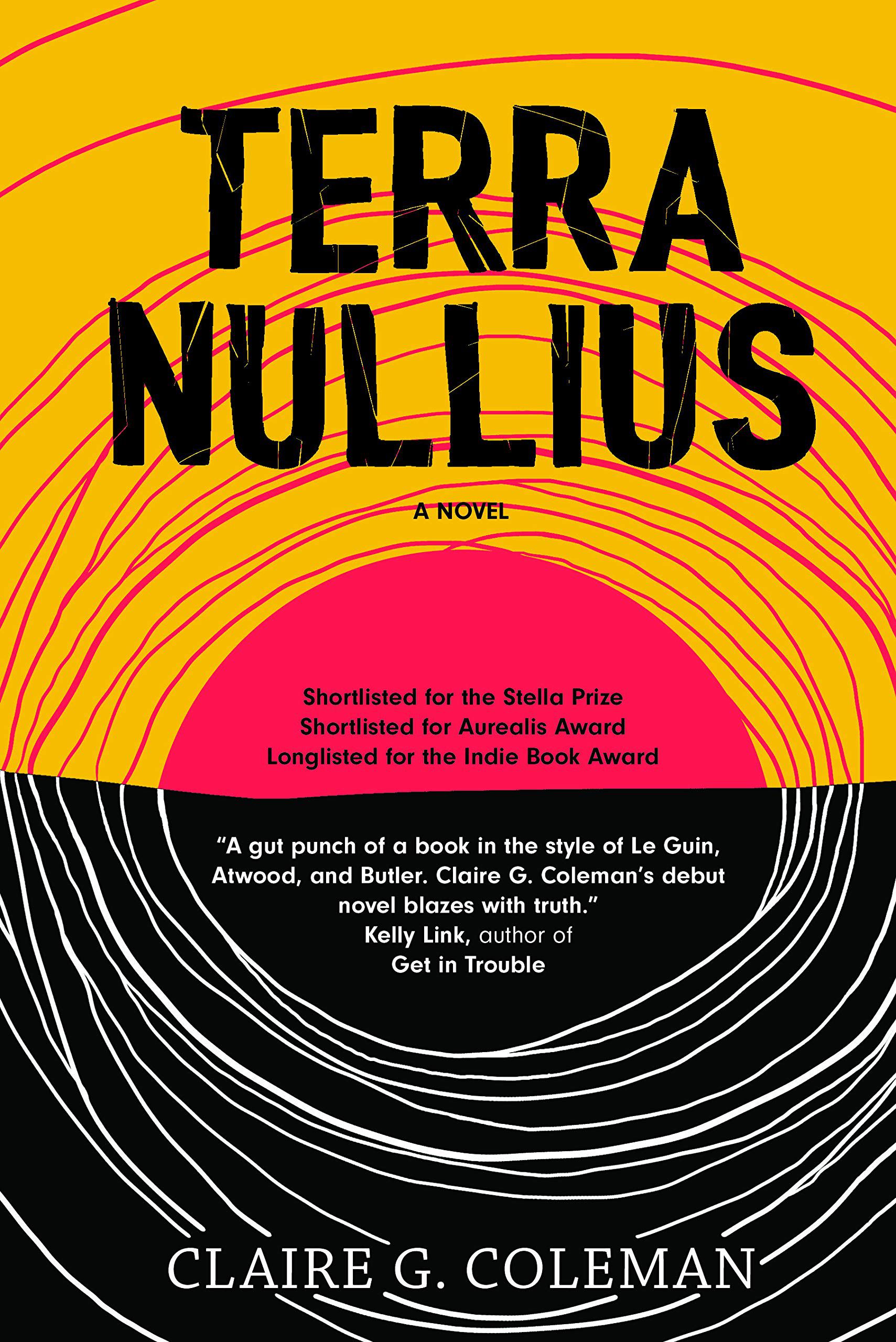 When the colonizers land on the Australian continent, the Indigenous peoples flee to the outback to survive. The colonizers take Indigenous children, keeping them in schools to “educate” them on the “proper” way to be civilized. But then a young boy named Jacky escapes into the outback to find his family. A huge twist in the book gives this novel by Noongar writer Claire G. Coleman a more science fiction spin. 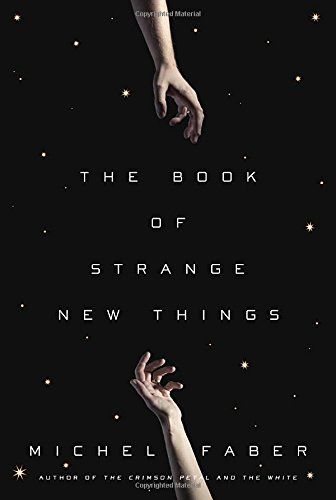 The Book of Strange New Things by Michel Faber

In this literary science fiction novel, Peter leaves his wife behind on Earth to go become a missionary to aliens on a distant planet. As he gets to know his new constituents, life on Earth is falling apart, and Peter must decide which is more important to him: his family or his ministry. 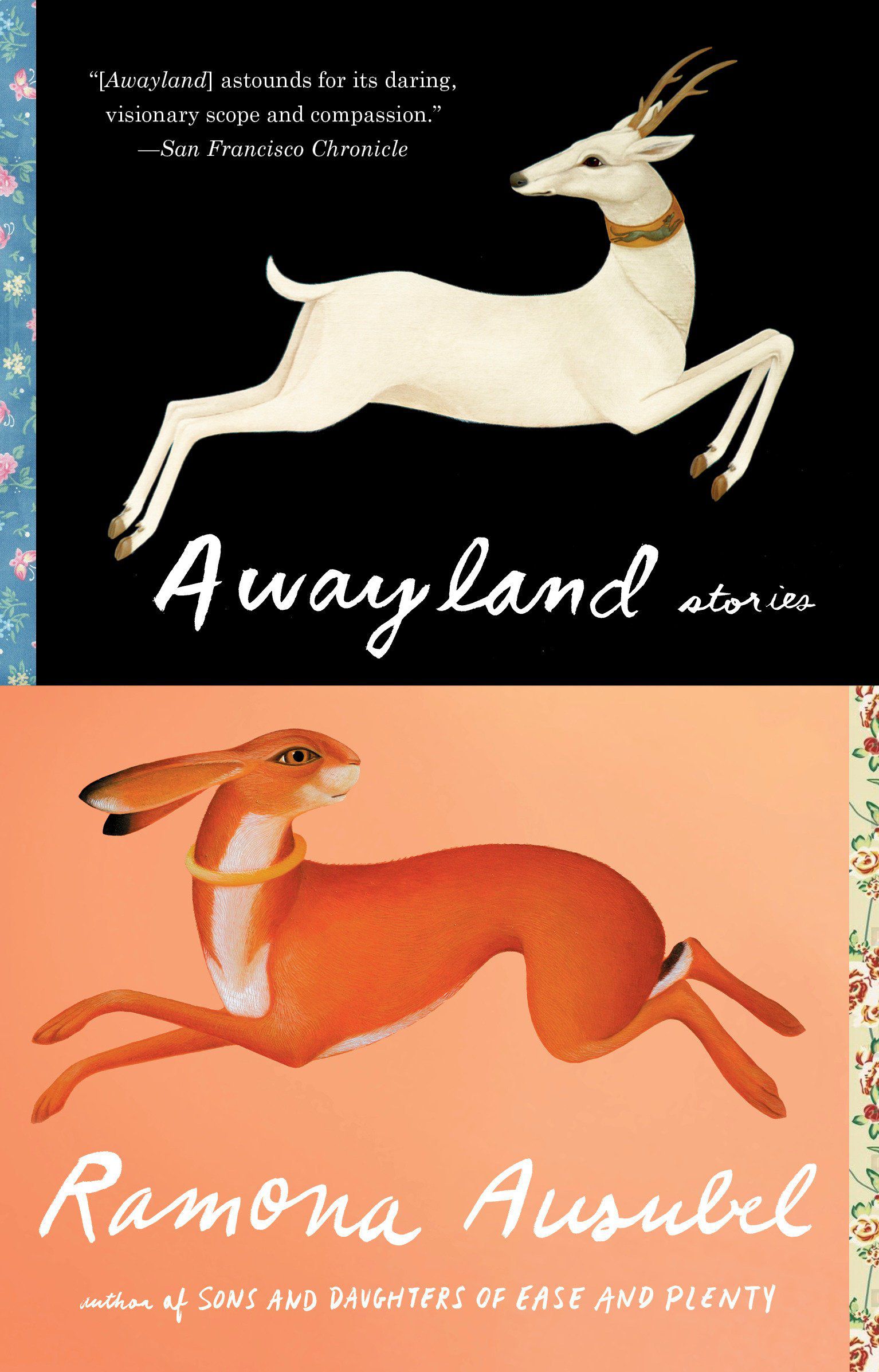 Ramona Ausubel’s fantastical stories always push the bounds of genre, containing elements of myth and fabulism. From a cyclops searching for love through online dating to a woman turning into mist, Awayland contains stories with touches of magic that will capture your attention from the first page. 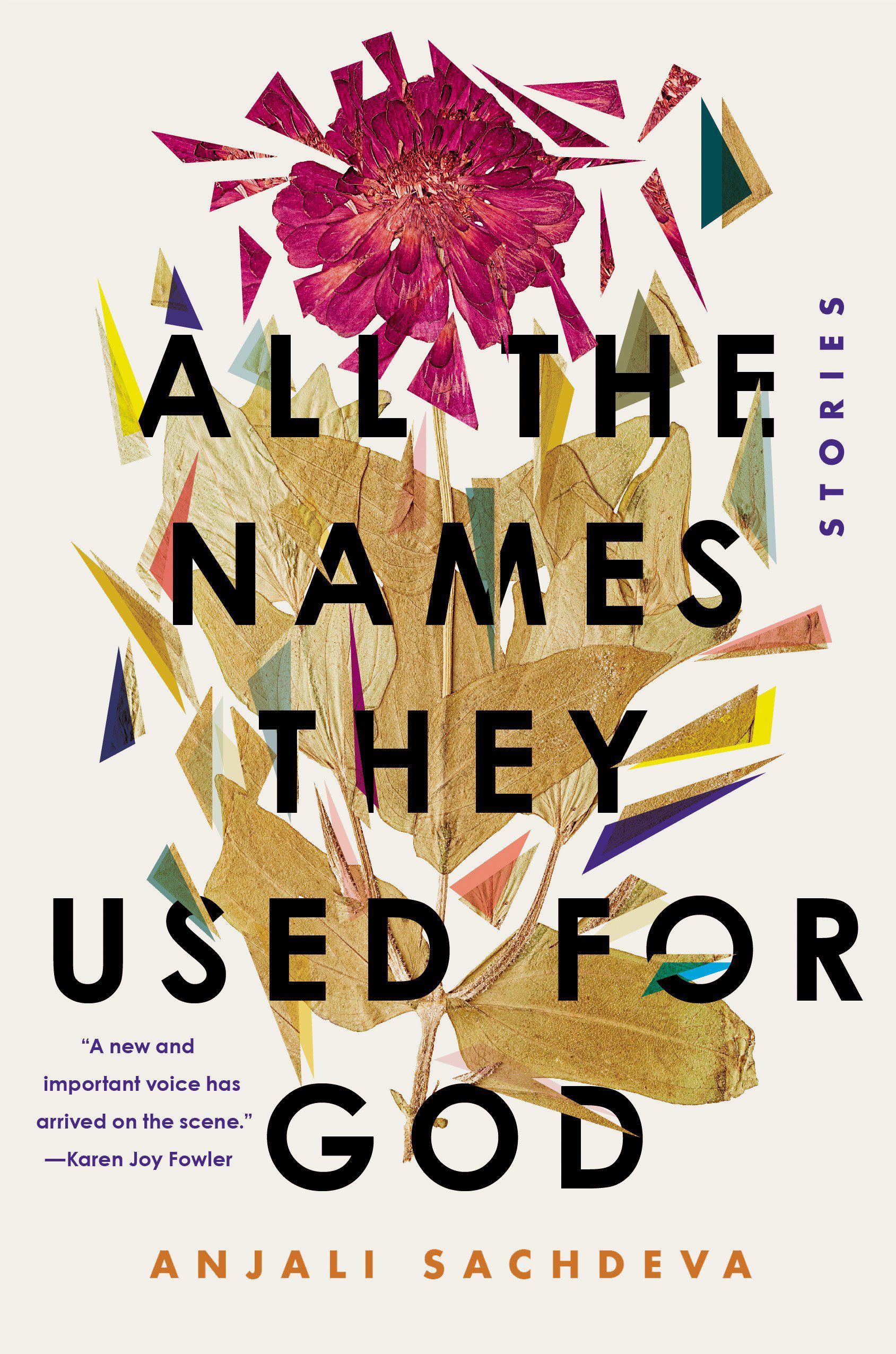 All the Names They Used for God by Anjali Sachdeva

Every story in All the Names They Used for God blends elements of fairy tales and the fantastical. An albino woman living on the frontier in the 1800s finds a cave with mysterious voices calling to her from inside. Two girls abducted and forced to marry their captors discover they can control their husbands just by speaking a command. A man in a factory accident has his lungs turned into glass. 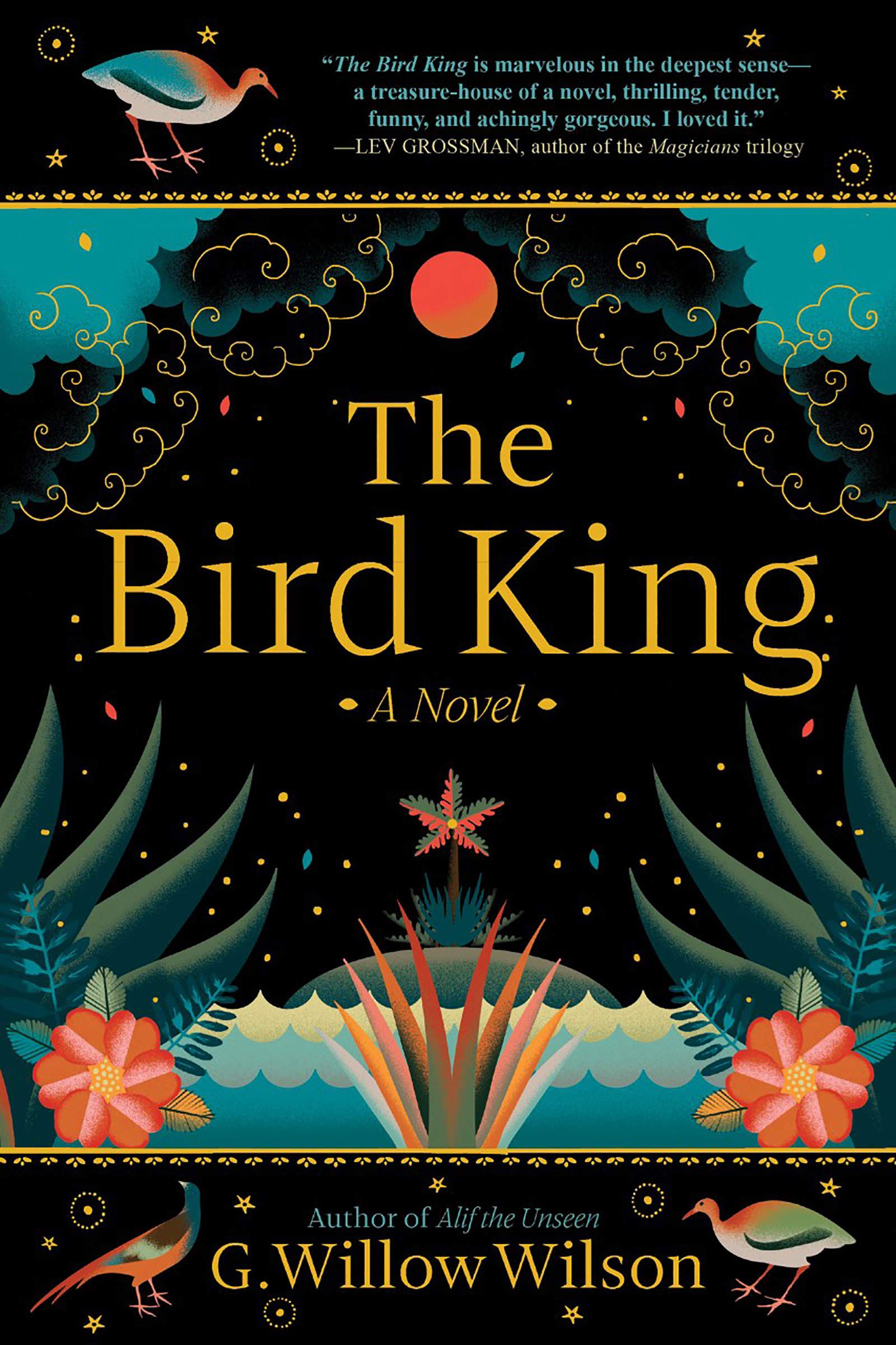 G. Willow Wilson blends historical fiction, fantasy, and myth in this novel that centers around Fatima, a concubine in the court of the last Muslim emirate in Spain. Before the Catholic Spanish leaders can arrive, Fatima and her friend Hassan escape to find the fabled island of the Bird King. 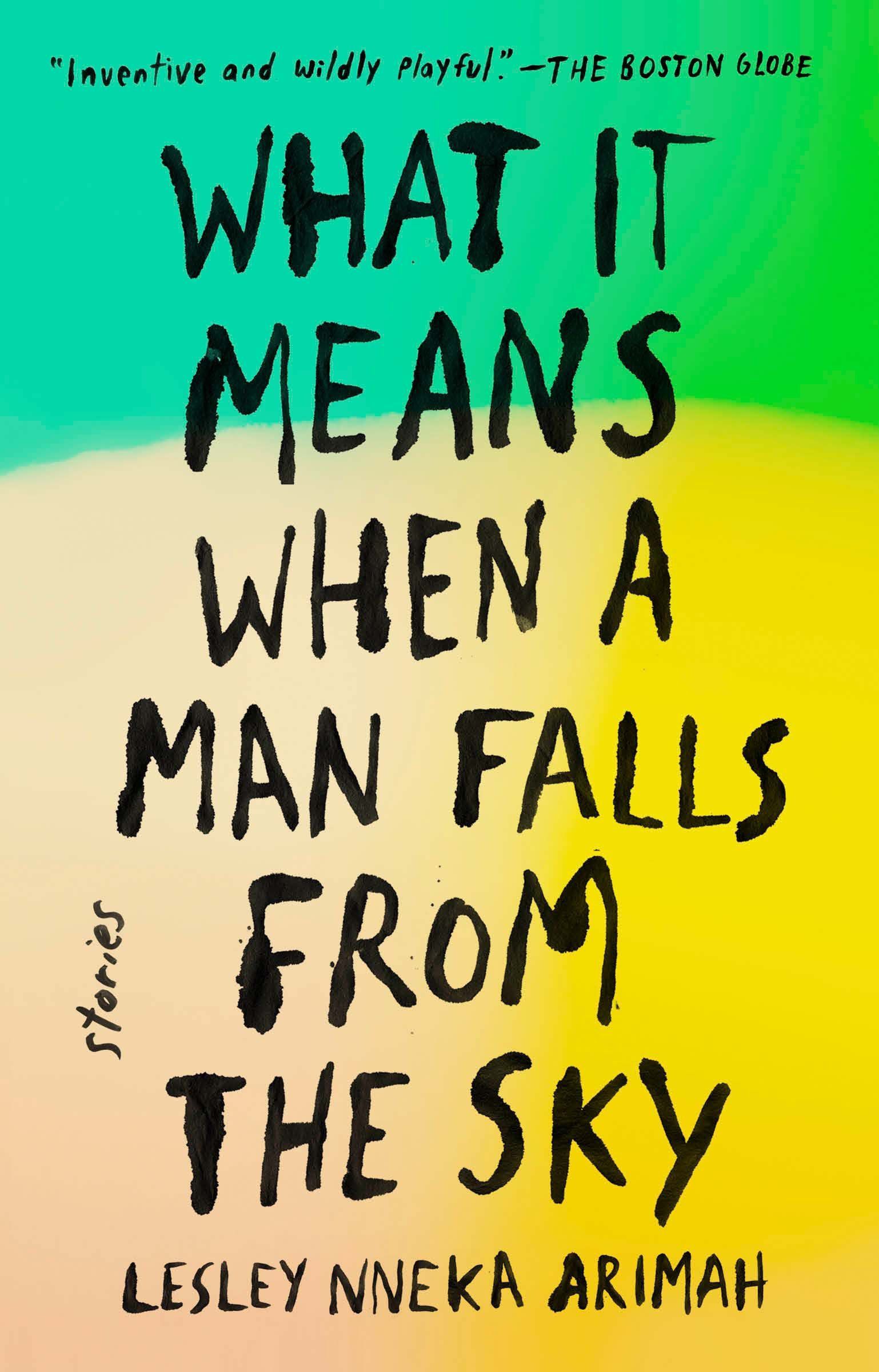 This winner of the 2017 Kirkus Prize blends realism with the fantastical. Each short story is a unique gem unto its own. There are ghosts, alternate futures, and modern day fables all contained in this single collection. In What It Means When a Man Falls from the Sky, Lesley Nneka Arimah is a masterful short story writer at her best. 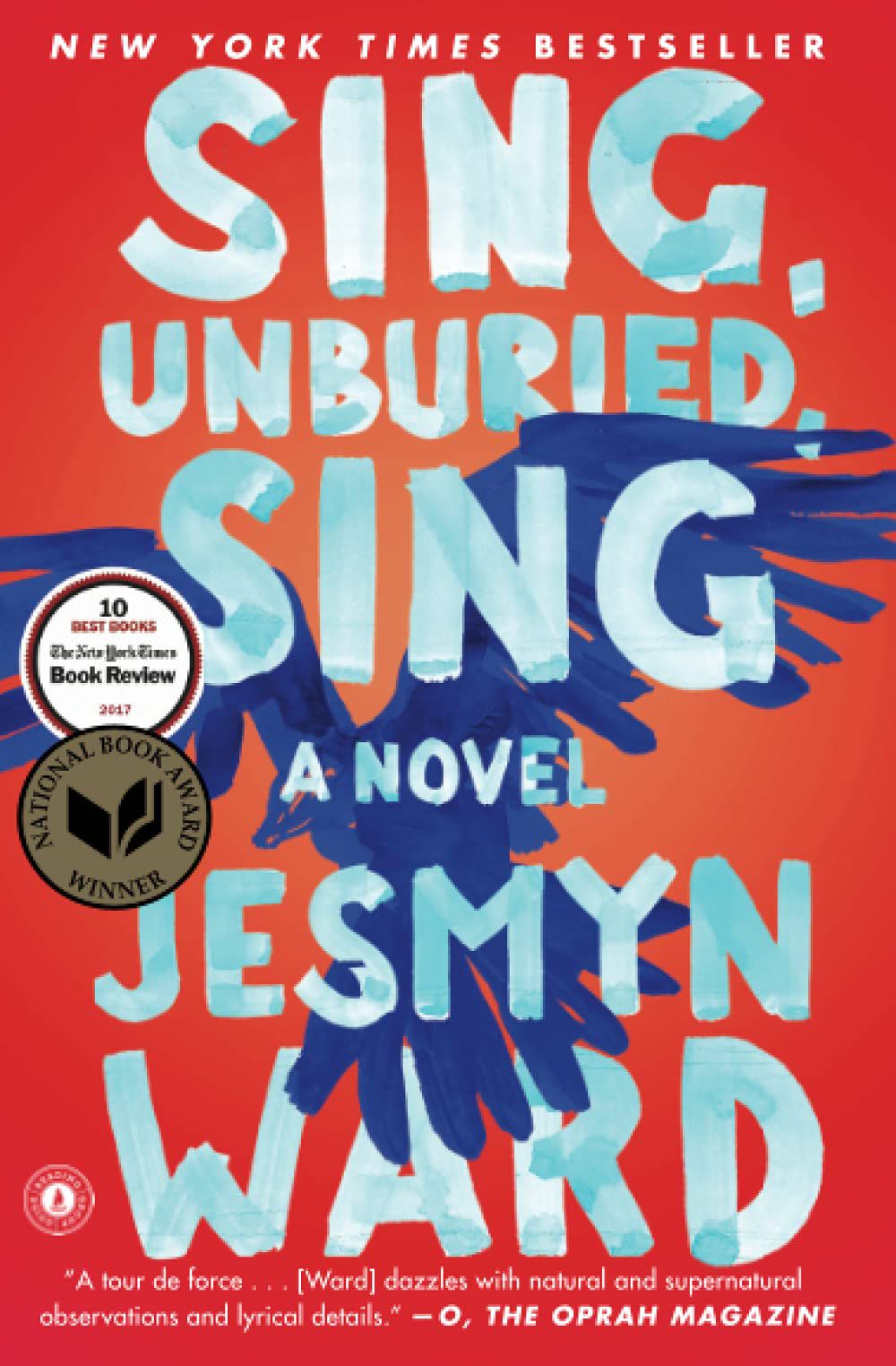 Winner of the National Book Award, Sing, Unburied, Sing is an incredible feat of Southern literature. Jesmyn Ward concludes her trilogy of Mississippi novels with this ghost story. Jojo, a 13-year-old boy, lives with his grandparents. But when his mom shows up to take him to pick up his father who is being released from prison, he goes on a road trip that will change his life forever. 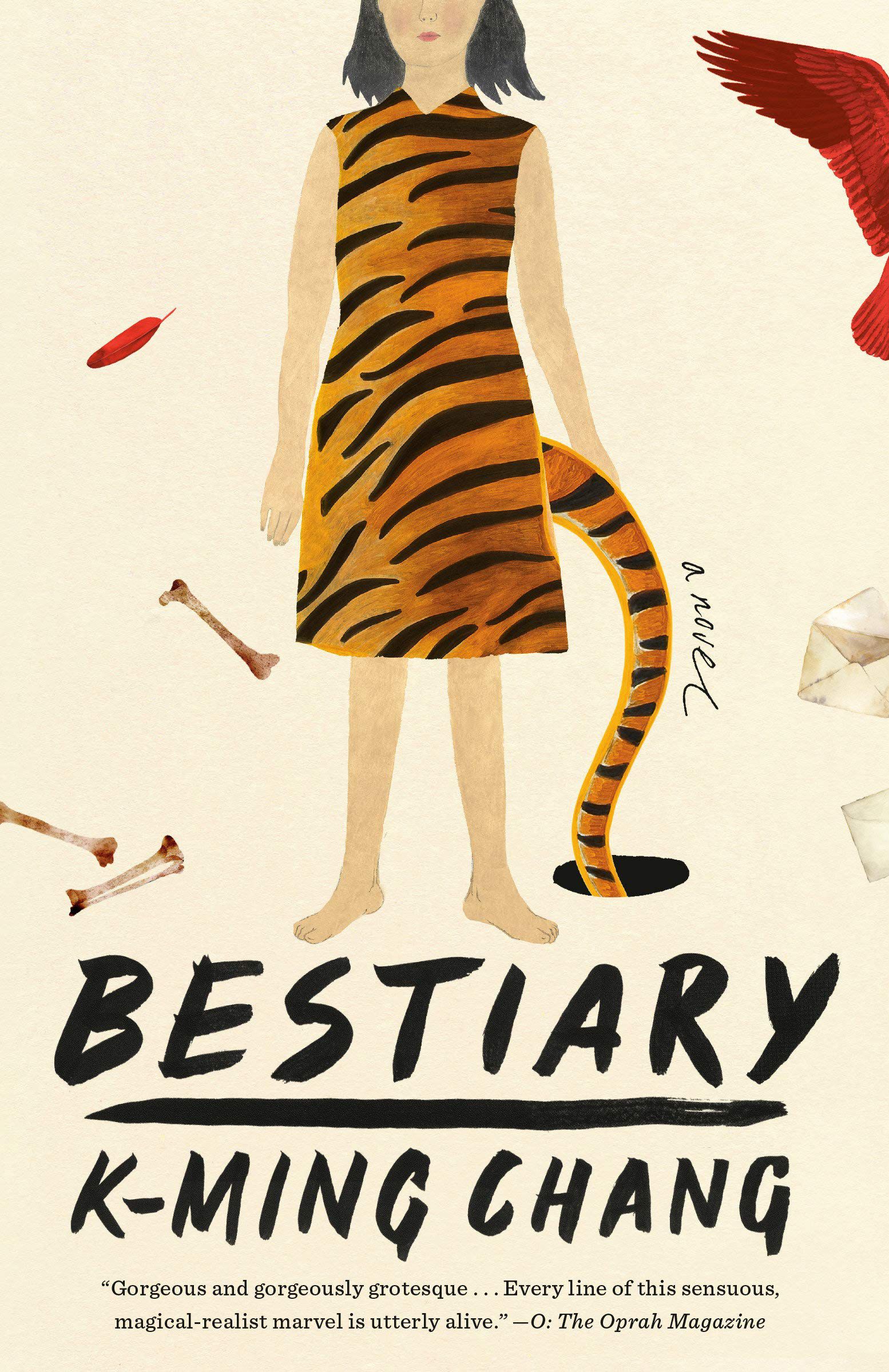 A girl with a tail and a hole that spits up letters from the past are just part of everyday life in K-Ming Chang’s Bestiary. Generations of Tawainese American women tell their stories full of wonder and the grotesque. Blending myth and magic, Chang creates a novel that is as harrowing as it is wonderful. 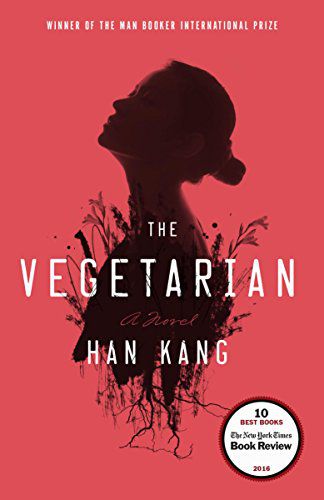 The Vegetarian by Han Kang, Translated by Deborah Smith

Inspired by the myth of Daphne and Apollo, The Vegetarian follows a Korean woman who decides to quit eating meat. Her family is horrified and tries to convince her to change her mind. Kang combines elements of realist description alongside aspects of myth and the fantastical to create something wholly unique. 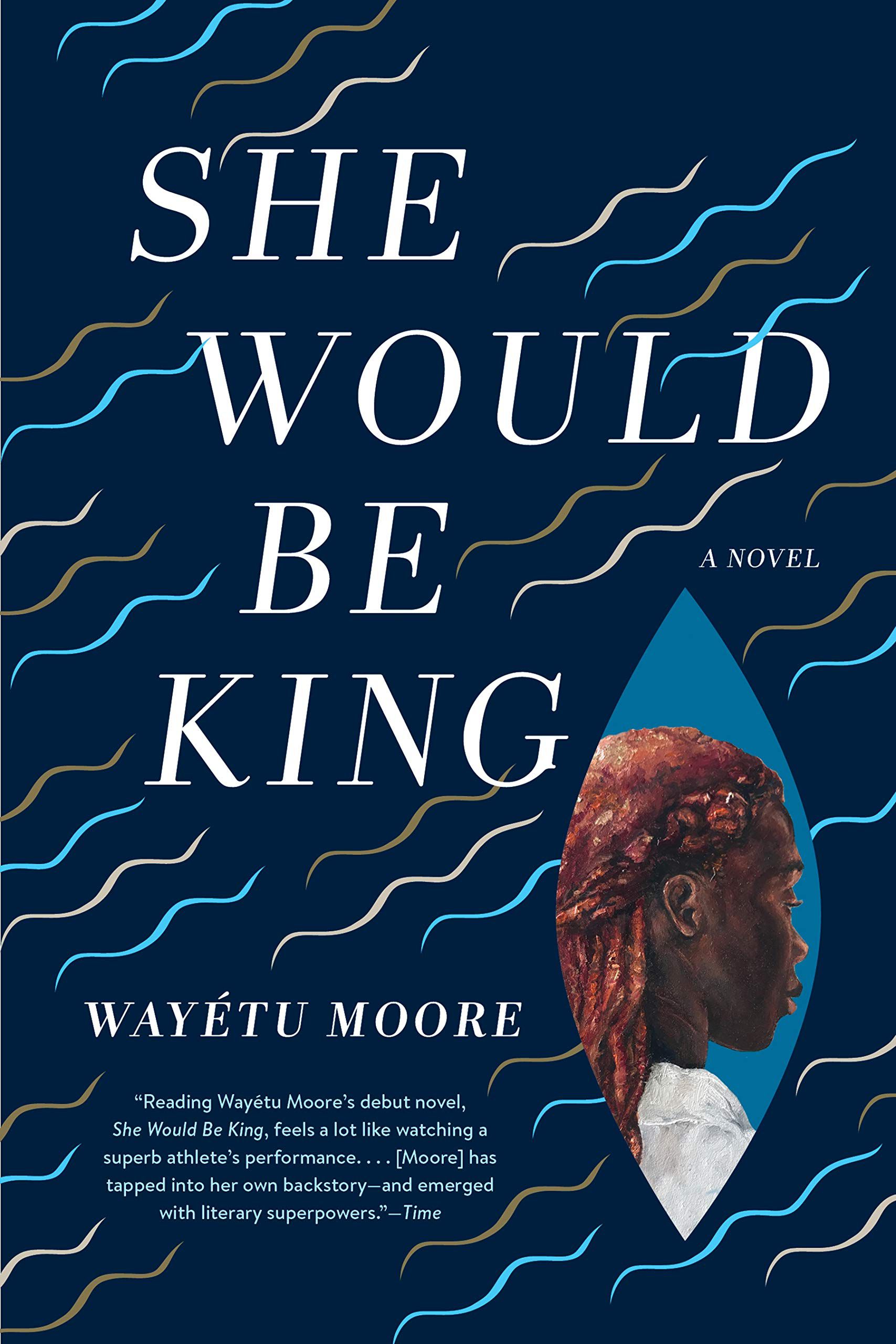 In this story set in the earlier years of the founding of Liberia, three young people with mysterious magical gifts find their fates intertwined. Together they must find a home for themselves in this new country. Moore blends elements of historical fiction and the fantastical to create a brilliant story that highlights the tumultuous founding of Liberia and the different groups of people that came to call it home. 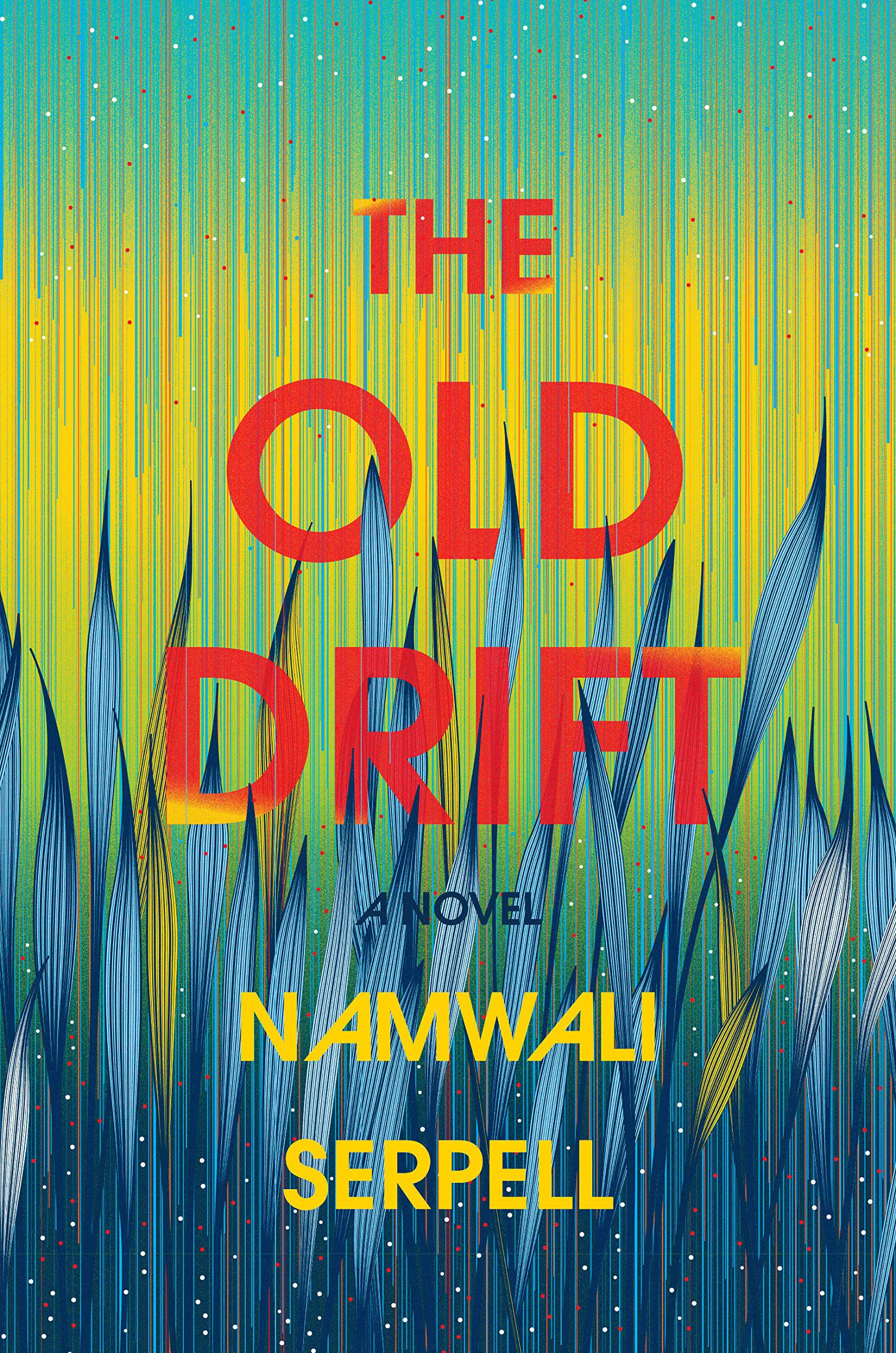 In Namwali Serpell’s sprawling novel, each section is written in a different genre. The novel begins in 1904 at the edge of Zambezi river. As the novel moves forward in time and we follow three Zambian families, the genres begin to blend with each generation, creating an incredible story you never want to end. 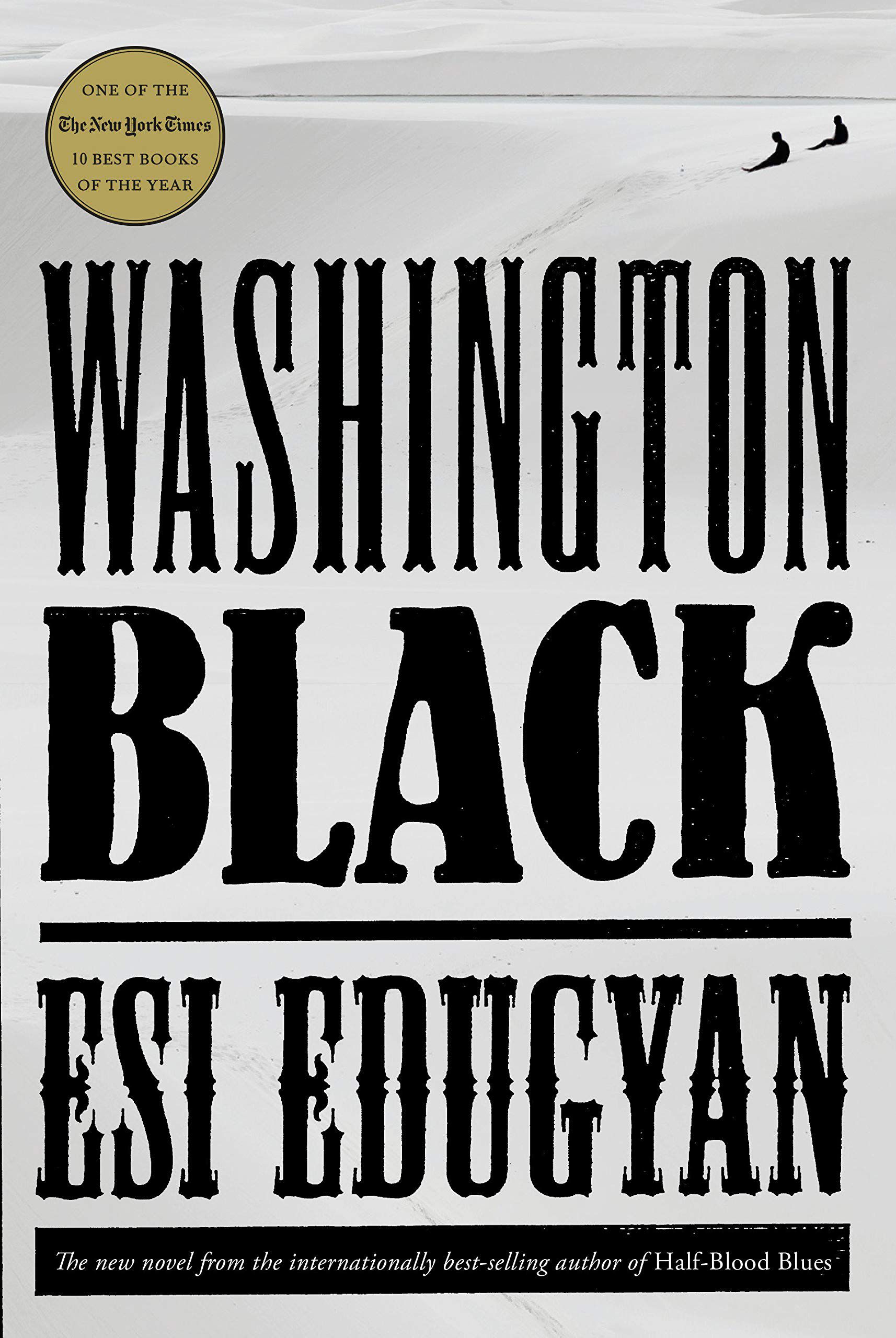 A finalist for the Man Booker Prize, Washington Black blends fabulism, historical fiction, and travel narratives into this highly praised novel. The story follows “Wash” through his life as he finds himself going from an enslaved kid to a scientist’s assistant to a world adventurer. Every twist and turn of Wash’s life takes him somewhere new as he tries to find a place for himself as a Black man in a colonialist world. 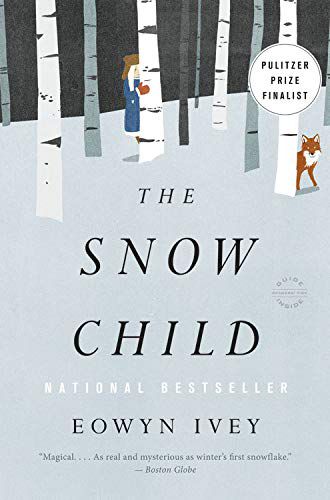 In 1920s Alaska, a childless couple struggles to make a home for themselves on the frontier. But one day they build a child out of snow, and the next morning, they discover a young girl where the snow child should be. With The Snow Child, Ivey twists and pulls the traditional frontier story into something a little more magical. 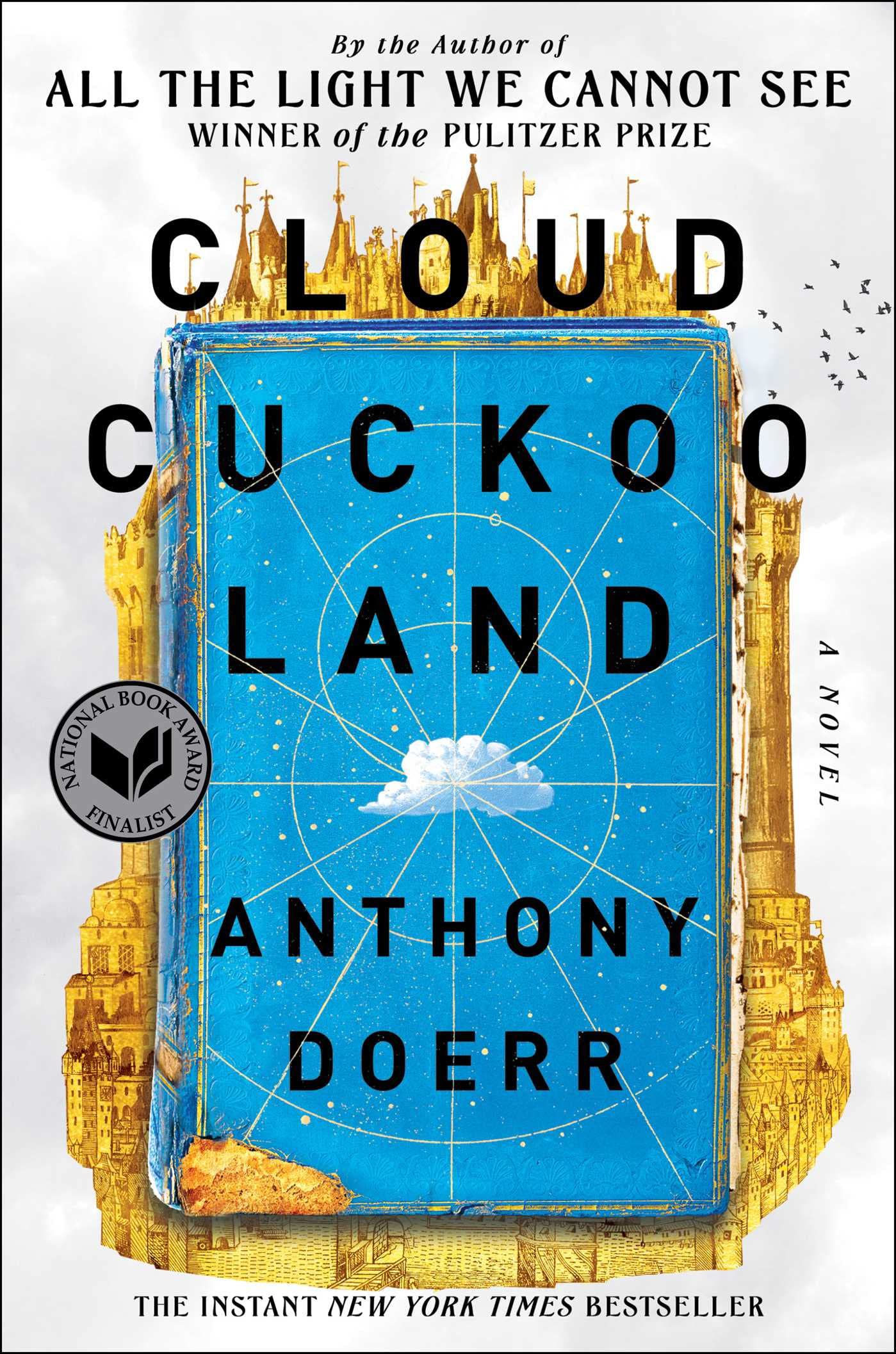 Cloud Cuckoo Land follows timelines in the past, present, and future, combining elements of science fiction and fantasy to create the story. In the 15th century, a young girl discovers a manuscript sought after by scribes. A girl in the far future is the last hope Earth has for its population to survive. And in the present, an older man named Zeno tries to save school children from a shooter in the library. 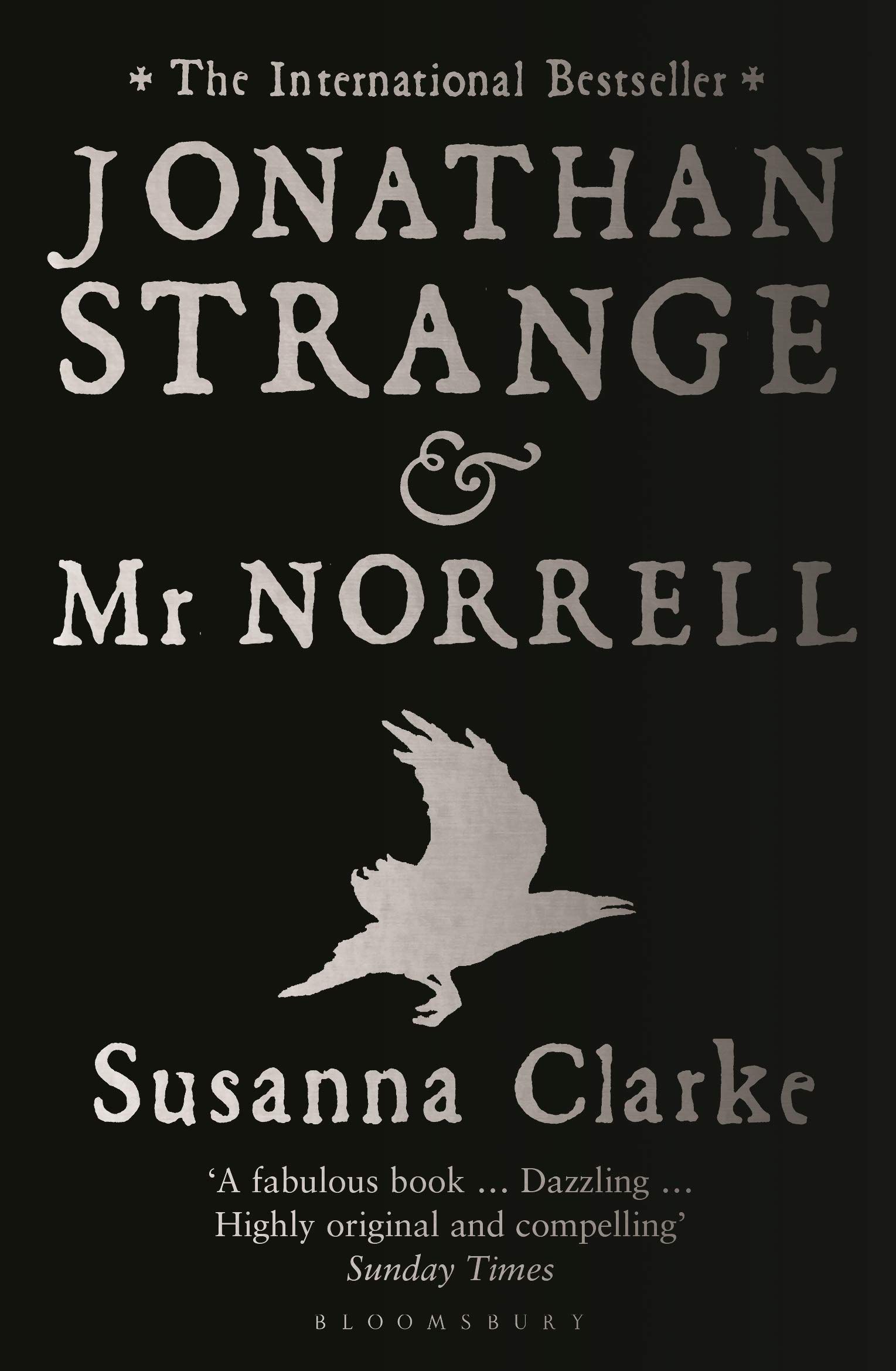 Susanna Clarke blends historical fiction and the fantastical in her novel Jonathan Strange and Mr. Norrell. Set in 1806, the narrative follows two rival academic magicians whose battle for supremacy deeply impacts the politics of the time as Britain is eyeballs deep in the Napoleonic Wars. 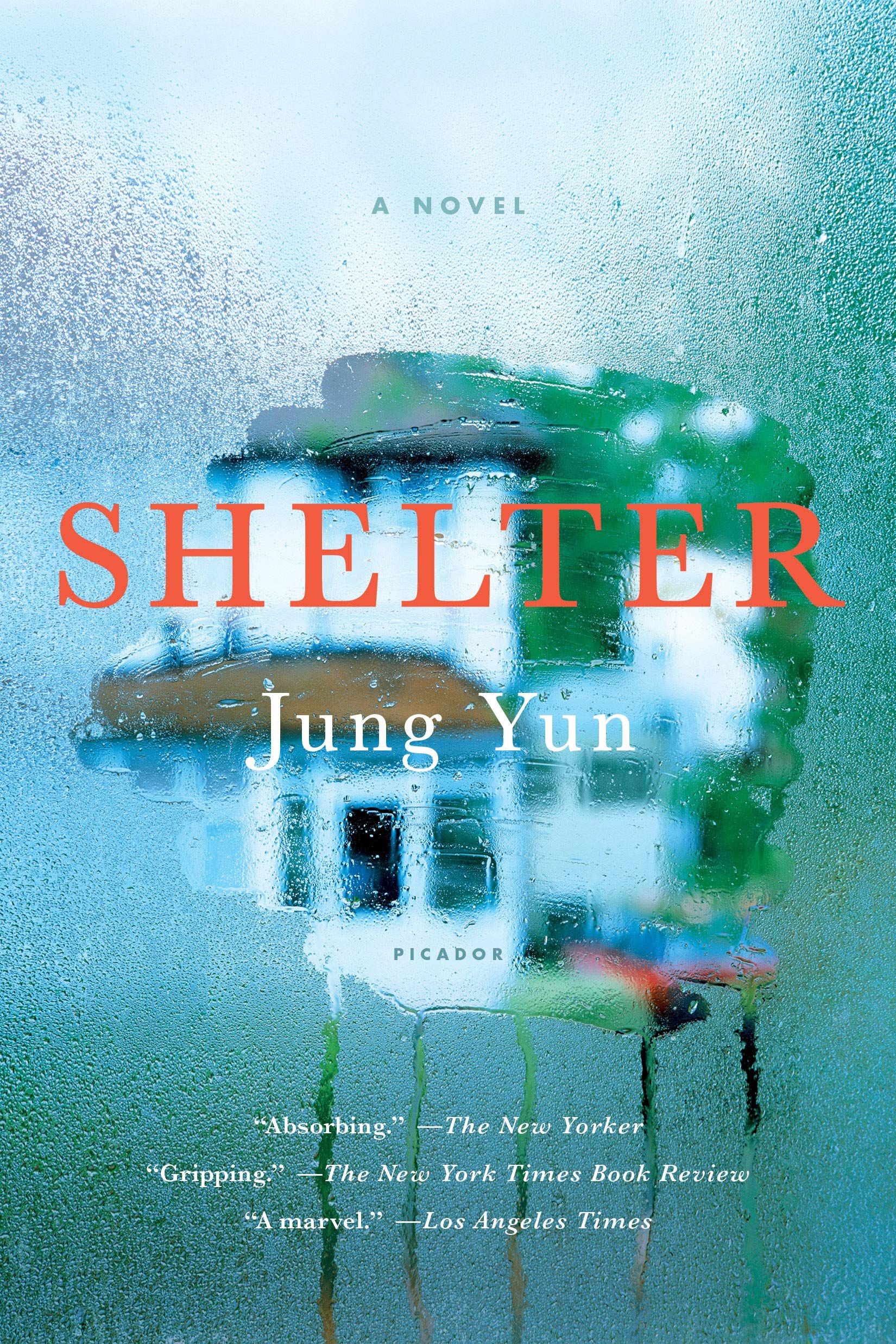 It’s hard to believe that Shelter, with all of its incredible craft and attention to detail, is Jung Yun’s first novel. It’s stunning. The novel begins when Kyung Cho is having money troubles but refuses to contact his estranged parents for help. However, when his mother shows up naked and hurt in his backyard, everything changes. This literary thriller captures readers’ attention from the very first page and doesn’t let go until the last. 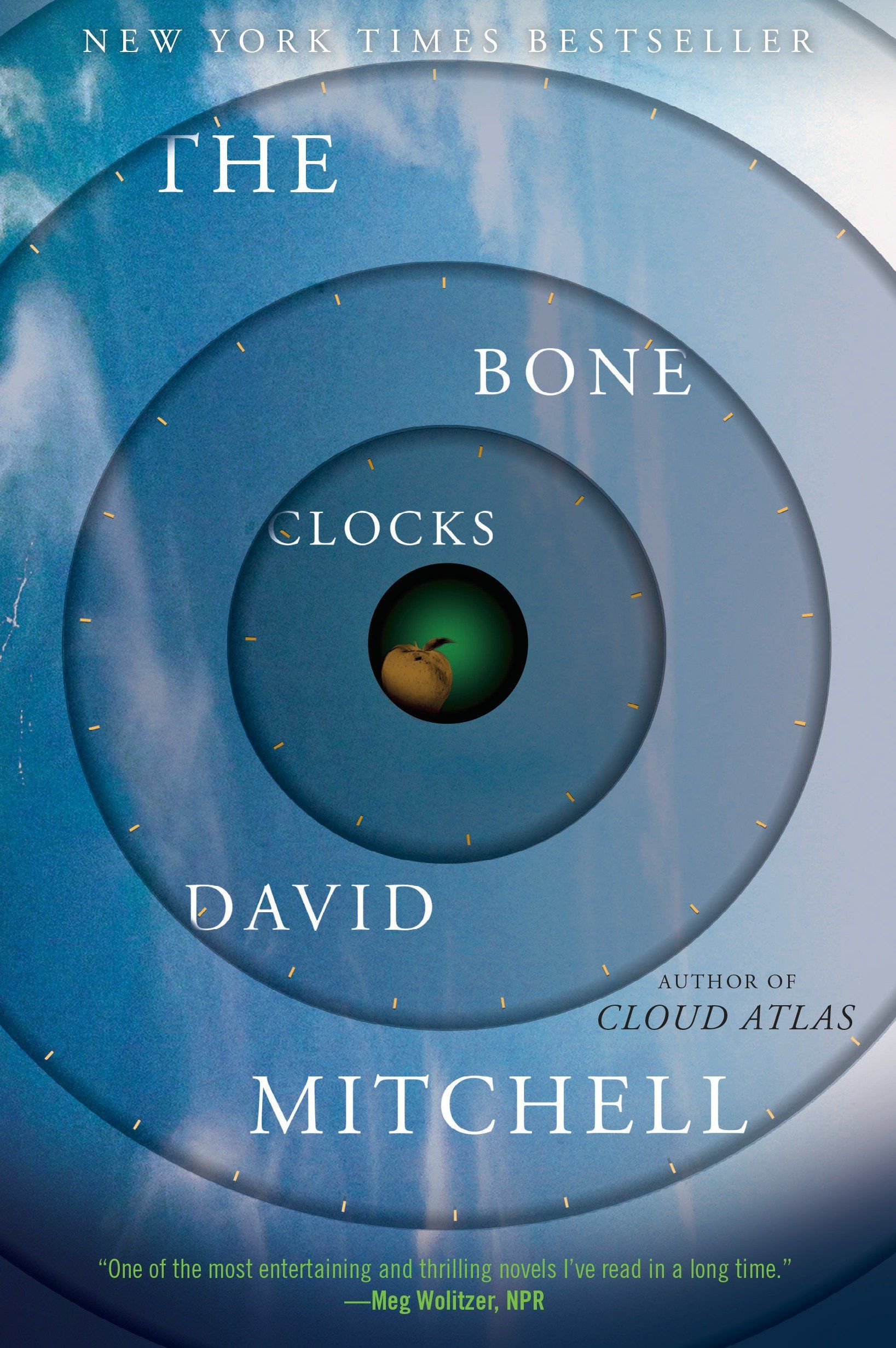 The Bone Clocks by David Mitchell

Like in many of his other novels, Mitchell combines elements of fantasy, horror, and science fiction to create a multi-part novel featuring characters connected through time and space. As we follow these characters through the decades, we begin to see the bigger picture and the forces at work that many of our view-point characters have only begun to suspect. 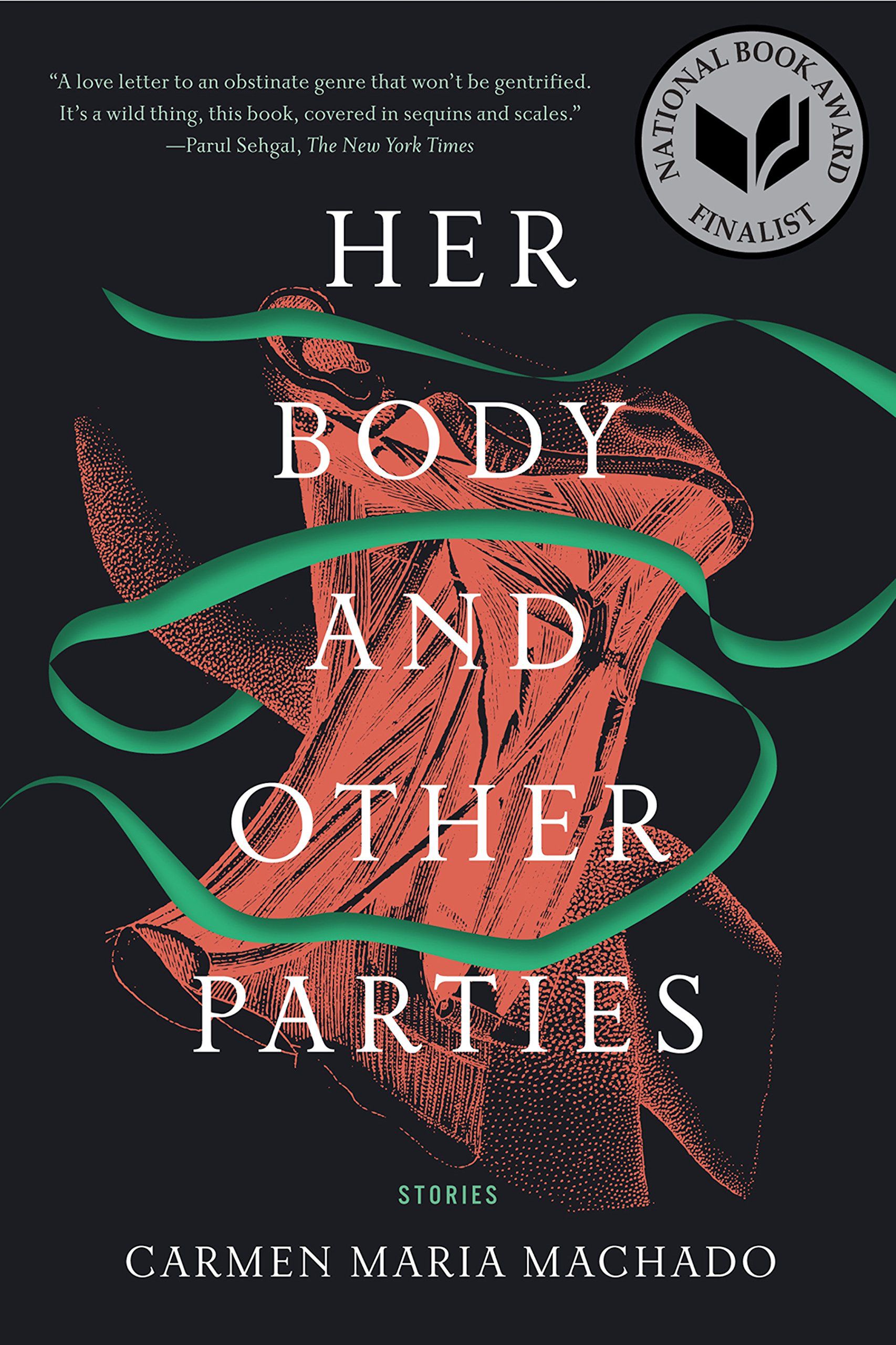 In this collection of short stories, Carmen Maria Machado gives us a range of genre-twisting stories that include elements of fairy tales, fantasy, comedy, horror, and psychological realism. A woman shares her experience about surviving an apocalyptic plague by telling us about her sexual encounters. Another refuses to let her husband remove a mysterious green ribbon tied around her neck. Her Body and Other Parties is a masterclass in genre-bending storytelling.

Whatever book you choose from this list, you’re sure to find a story that’s incredibly thought-provoking and all-engrossing. For even more top twenty lists, check out 20 of the Best Book Series of All Time and 20 of the Best Memoirs of the Last Decade.