Changing a simple detail of a book is a common way to retell a familiar story. But there are some details that can’t be changed without losing the point of the story. As a tale of the brutality of privilege, gender bending Lord of the Flies to have an all-female cast is one such example. As is having a woman mastermind the events of The Stepford Wives. It is an exercise in excusing and burying toxic masculinity. And it’s not okay. Traits such as gender can’t be switched whilst keeping the story the same. We must consider how our privileges and oppressions inform how we behave, how our stories evolve.

There are, however, many books we would like to see adapted with all-female casts. Books where the characters are men by default, not by design. Books containing adventure that we women and nonbinary folk would like to get in on, too. The majority of the following books were written by white men. This is not because white men write the best books. Rather, this suggests something about how rarely white men’s stories adequately include and portray women.

A Clockwork Orange by Anthony Burgess. In what ways would a youth crime gang differ if its members were female? Gender influences the crimes people commit, but how would this affect the outcome of a dystopia?

Frankenstein by Mary Shelley. There can be a prequel about how Dr. Victoria Frankenstein attended medical school decades before they were open to women. That alone would make this worthwhile.

The Great Gatsby by F. Scott Fitzgerald. All the same glitz and glamour but with more lesbians. Inseparable from the patriarchal structure of 1920s America, love may still thrive. Or not, as the case may be.

Holes by Louis Sachar. This is an all boys dynamic that could work with being gender bent. Like a junior version of Orange is the New Black. But with more digging.

Jamaica Inn by Daphne du Maurier. Many of the characters of Jamaica Inn are nothing short of evil and would be no less so as women. But sometimes women should get to play the villain. Villainous 18th Century Cornish smugglers and cut throats included. Plus a subplot about being a 18th Century female Anglican Priest. 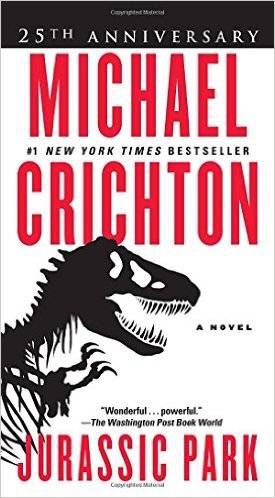 Jurassic Park by Michael Crichton. The women in the Jurassic Park books and movies are always great. The men are fine too but replacing them with women would be pretty neat. With less chance of screaming women saved by muscled men. Of course, all the dinosaurs have to be female too, which means lesbian dinosaur mummies.

The Hobbit and The Lord of the Rings by J.R.R. Tolkien. These tales are epic on all counts except for their inclusion of female characters. In making all the characters women and nonbinary folk we not only fix this but can give the whole thing a Lumberjanes type feel.

Macbeth by William Shakespeare. The classic Shakespeare to gender bend is Romeo and Juliet. But Macbeth, with its already remarkable cast of female characters, is a more fun option. The shifting of dynamics with all women would be fascinating.

The Adventures of Sherlock Holmes by Arthur Conan Doyle. Can your deducing skills be separated from your identity and experiences? Sherlock Holmes would probably not like to think so. But is that because he’s a man, the “default” in any scenario?

The Bible. Straight up, the Bible could use more women in it. A world in which The Bible has more matriarchs than patriarchs is well worth considering. And examining God as not-exclusively-male is an important aspect of some feminist and LGBTQ Christian worship. Polari translation plays with the feminisation of the Bible. [Polari is a 20th-century gay slang that utilises female pronouns and nicknames for men.]

Every book that isn’t about toxic masculinity. More people other than men in literature, please!