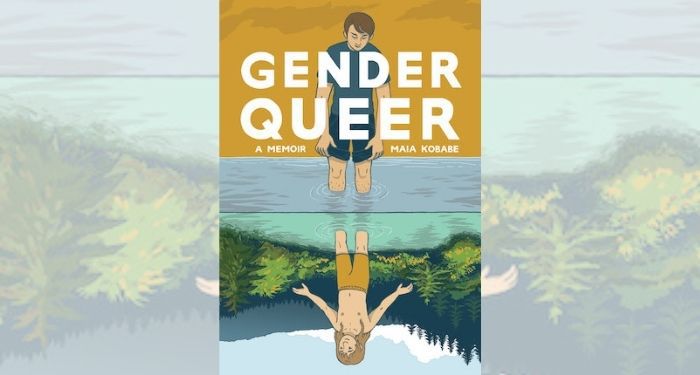 Following a complaint from a citizen, Wake County Public Library system, which covers the Raleigh, North Carolina, metro area — the most populous county in the state — pulled Gender Queer from shelves last week. The decision, made public by the local Spectrum Local News paper, left county librarians, citizen board members, and people across the country with far more questions than answers.

Emails between the county’s Deputy Library Director, Ann Burlingame and Frank Cope, Director, Community Services at Wake County on December 13 note that Gender Queer and Lawn Boy were challenged by a local citizen. These were the same two books challenged at the local school district.

While Lawn Boy remains on shelves, Gender Queer was removed.

The complaint filed against Wake County Libraries by a citizen not only noted the inclusion of profanity in both titles and the “pornographic” images in Gender Queer, but also noted that both books were submitted to the Wake County Sheriff’s office. The reconsideration forms, pictured below, indicate that those who file will hear back from the Senior Collections manager. At Wake County, that’s Theresa Lynch.

Wake County libraries do not keep their collection development policies on their website, but an information request yielded the following:

The selection criteria do not include what happens when a book is challenged, and that information is also not available on the Wake County Libraries website.

According to emails between Ann Burlingame and Library Director Michael Wasilick, the decision to pull Gender Queer happened on the call of Lynch, who deemed the book pornographic. This decision came from Lynch’s evaluation of the title, rather than a committee nor with any input or insight from the library’s board of directors.

What’s interesting is the decision to pull Gender Queer comes from being too pornographic and the email specifically notes that adult graphic novels are “often close to the line.” The book, which had been in the adult collection, met the “too close” criteria.

And yet, among the books still available in Wake County Libraries are graphic novels depicting heterosexual sex, including Saga by Brian K. Vaughan.

Staff of the library system were surprised to learn of the book’s being pulled, as they learned the information from the Spectrum Local News and not the library leadership who made the decision. The Library Commission was surprised as well, as the all-volunteer advisory board was not made aware of the censorship until the news article published.

County commissioner Vickie Adamson offered a response from a local citizen about the book’s removal:

[T]he decision to remove “Gender Queer” was not based on LBGTQ content. To the contrary, WCPL offers 500 titles on LBGTQ themes, with approximately 12,000 copies of these materials. The library has received requests to remove other LBGTQ books in the past and declined. The decision to remove “Gender Queer,” a graphic novel geared toward youth, was based solely on the sexually explicit nature of some illustrations — not the subject of the book. We believe WCPL is committed to maintaining and building its LBGTQ collection. The library system has a solid record in providing books that align with the interests of all county residents. A recent audit completed by Ingram Books showed that the WCPL collection scored well in diversity.

As you may have seen in recent media coverage, the LBGT Center in Raleigh has offered to provide input and/or books to the collection. WCPL is in conversation with the organization now and welcomes this involvement.

Another commissioner on the library board was in touch with Adamson and others, noting that the decision and article in the Spectrum made bringing up the library’s selection and removal policy at the next meeting imperative. Those meeting minutes from December 15 are not yet available.

Whether or not there are a number of LGBTQ-themed books, the decision made to pull Gender Queer on “feelings,” as opposed to any actual criteria goes against all standards and ethics in public librarianship. More, it goes against the library’s own collection development policies, as Kobabe’s graphic novel has earned a score of honors and positive reviews across a range of reputable organizations and journals. The book, despite being named an Alex Award Winner — an honor for the best adult-published books for young adults — was not in the young adult section of the library, but the adult section.

Further, the vague wording of the decision to pull the book only leads to further questions about the system’s faulty process and lack of transparency when it comes to decision making.

Wake County Libraries fail to fulfill their own mission statement, which appears in requested emails over and over: “instilling the love of reading and fostering the pursuit of knowledge for the citizens of Wake County.”

And perhaps the most damning thing about the decision here? The complaint filed against Wake County Public Schools demanding Gender Queer to be removed was overturned. The book remains in public school libraries in the county, but not in the public libraries.

As Adamson said in an email to fellow commissioners and members of the county government, including the library administration, “it sends a mixed message that we removed it and they left it in their collections.”

For further steps in combatting book challenges and censorship, here’s a handy toolkit.