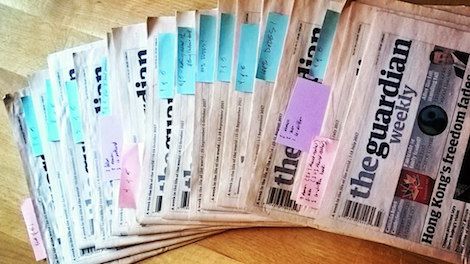 Last month I made an alarming discovery about book reviews—because I just happened to tune into a Pacific Northwest Ballet (PNB) live radio performance.

Here’s what went down.

I don’t usually listen to music at home, because I manage a concert hall on a college campus and I hear a lotta SOUND during my work day. But late last September a friend of mine who plays for PNB posted on Facebook about the livestream, so I figured, why not. Might as well hear the big kids play.

I had a mug of hot tea, a book, and a kitten in my lap. And then it began. The opening bars, glorious, took me aback. Bless their hearts, they work so hard, my dear college orchestra musicians, but holy Mozart, Batman, there’s a huge difference between an amateur and a professional ensemble. Huge. Sometimes we need a shift in our perspective, and that music did it.

But then came intermission.

Have you heard a live concert on the radio? Or watched a livestream? They fill the intermission with chitchat, usually an interview, often with the conductor or a composer.

I was half listening, and then my ears perked up at the discussion of an upcoming project, a program called Her Story, comprised of three dances. The interviewee excitedly talked about how fortunate they were to find three women choreographers, and then he went on to discuss the music. This is radio, after all, and a classical music radio station, so talking about dancing would be silly.

The in-depth and informative musical discussion centered on three compositions by men, with almost no reference to how those compositions would bear any relation to, well, Her Story. Nothing. And, to my astonishment, never once did either of the men acknowledge anything a little…inappropriate…about that. I was dead curious to know more about why these women choreographers would choose composition by men. (Well! Gershwin. Okay. But those other dudes?) Did they choose them? How does that work?

Because, news flash! Women write music, too. And, surprise! The musical canon, like the literary canon—but for different reasons, perhaps—is shockingly skewed toward the menfolk. (One tiny example: in the middle of this project I learned about our beloved Delia Derbyshire. Dammit!)

So this was my frame of mind the next morning when I settled down to read my Guardian Weekly.

I have been a subscriber to the Weekly since just after the US presidential election last November. ​My copy typically arrives on Friday or Saturday, and I​ like to begin at the back and peruse the culture section first​.

I was enjoying the low-in-the-sky sunshine and my coffee when I noticed that all the authors featured in the book review section were men.

So I ​rescued several issues from the recycling bin​ and counted.​ In the previous five issues, 25 August through 22 September, of the twenty-five authors featured, twenty were men and five women.​

Now, I was a religious studies major in college, but even I can work the arithmetic here: fully 80% of the authors are men.

​​In my PNB–Her Story–composer-discussion distress, all I could think was: Et tu, Guardian?! ET TU?!

​And then, uncertain whether to laugh or weep, I thought: Well, ladies! Better put a wiggle on it and start writing! Because evidently only 20% of the books being published are by women!

And then, because an emotional rollercoaster Saturday morning is just the happiest thing, I thought: Oh, wait. Perhaps female authors account for a larger percentage of the total number of books published, but only a smattering of those are worthy of a Guardian review?

And then! I figured that perhaps I am naive, and everyone else already knows that institutionalized sexism is insidious and pervasive, and even the Guardian isn’t immune.

Dammit. I really thought The Guardian would be better than this.

So of course I wrote a letter to the editor.

And the editor wrote right back, a very polite note, assuring me that “on this occasion” they “may have got the balance wrong,” but they are fully aware that this is an important issue. Also, that he had passed along my letter to their “(female) books editor for reference!”

I warily gave them the benefit of the doubt. And I kept counting.

Because, if the heavily skewed distribution was merely a fluke, I imagined I’d be seeing many more female authors featured. After a few months I had a collection of sixteen issues from 7 July to 24 November. (A few, it seems, did end up in the recycling.) 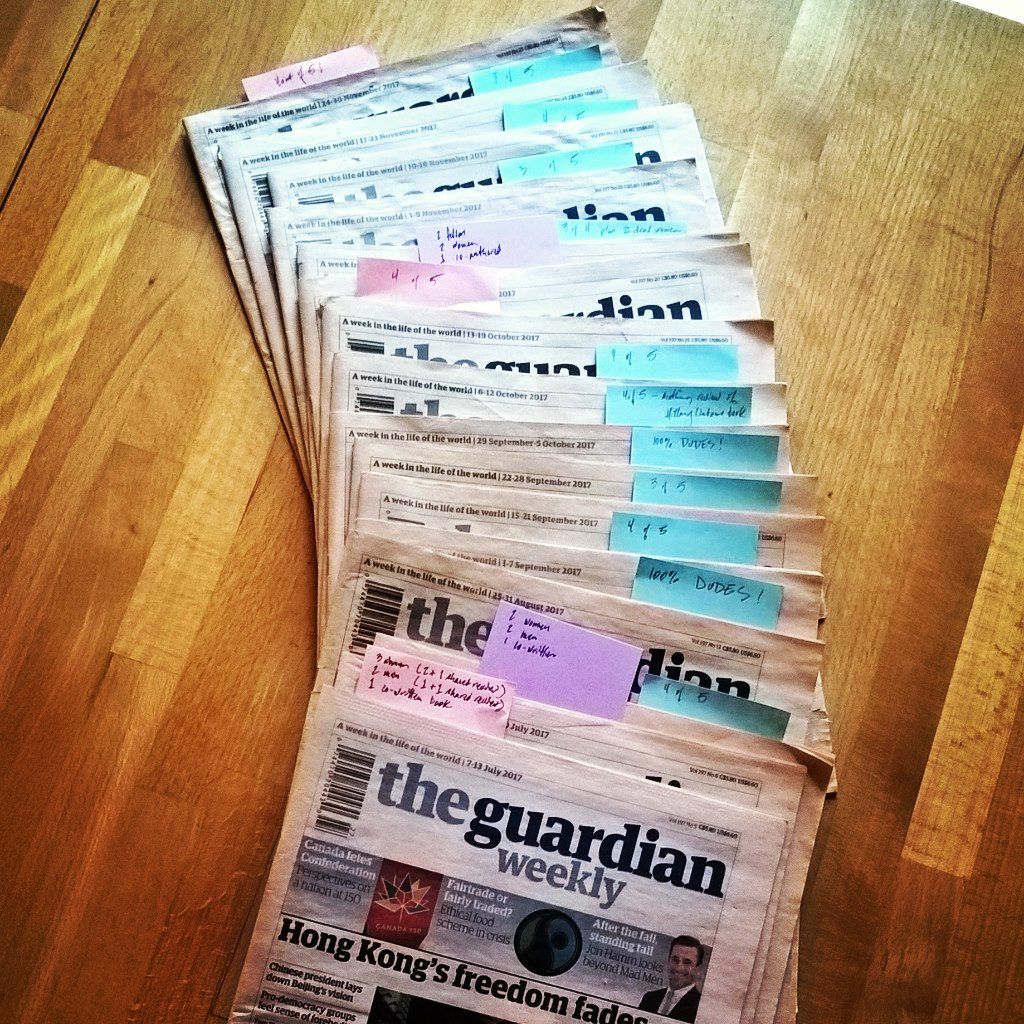 As of this writing, early December, of the eighty books reviewed, the authors were:

And 3% of the books were co-authored.

I didn’t count the two dead women (the article about Ruth Rendell and PD James), which put that week’s count at 75% male authors, three of the four articles.

Through all this I kept thinking about my grade seven math teacher, who constantly said, “Statistics don’t lie, but liars make statistics.”

In grade seven I didn’t truly, fully understand what he was going on about, but as a religion major, I obviously don’t want to be a liar.

So I took a closer look. 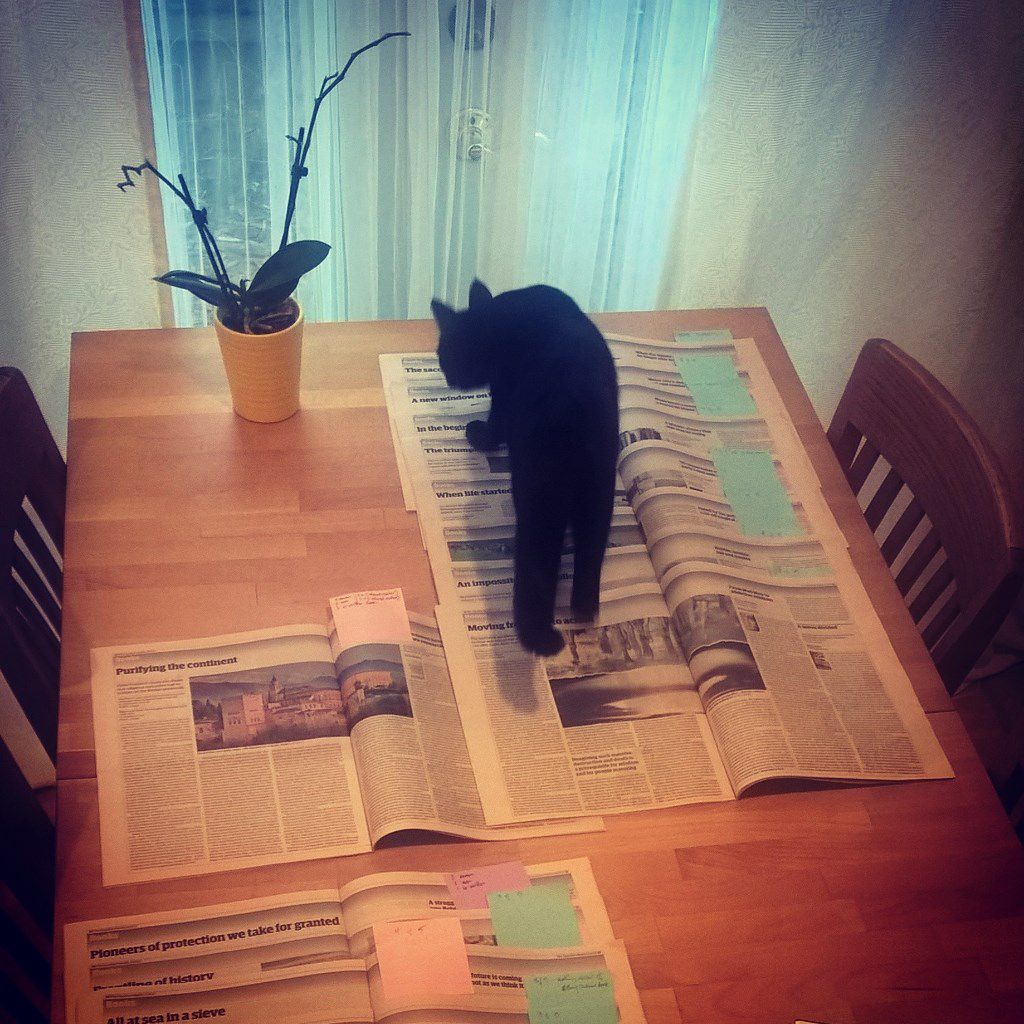 I had some help with the close reading.

Each issue has five reviews: one big one, a double page, usually about a very serious topic, and then four shorter articles. I wondered what the distribution would be with the biggies.

Better. Half were male authors, one was a joint review of two books concerning a single topic, and seven of the reviews were of books by women.

But here’s a curious thing. Two of the women wrote books about men: Maya Jasanoff on Joseph Conrad and Jenny Uglow on England’s national treasure, Edward Lear. And then there was Peter Conrad’s article about Hillary Clinton’s book, and he was…harsh. None of the big articles by male authors were about women.

On the whole, I do love these reviews. Lots of clever writing. I will never forget Margie Orford, who, in her assessment of The Girl Who Takes an Eye for an Eye, gives us this delicious line: “There are long, mansplaining sections about genetics and social research that made me pray to Elmore Leonard, the god of economical thriller writing, who famously instructed that writers should ‘try to leave out the part that readers tend to skip.’”

There is delight for me still, despite the skewed representation, the mostly-male authors. Now I notice more, the subtext. So this was a useful exercise for me. And, while I suppose I shouldn’t have been surprised, I was. And, per usual, it turns out that I am, in fact, super late to the party. Women have been tracking this information, in various ways, for quite some time now, on both sides of the pond.

We have work to do, people.