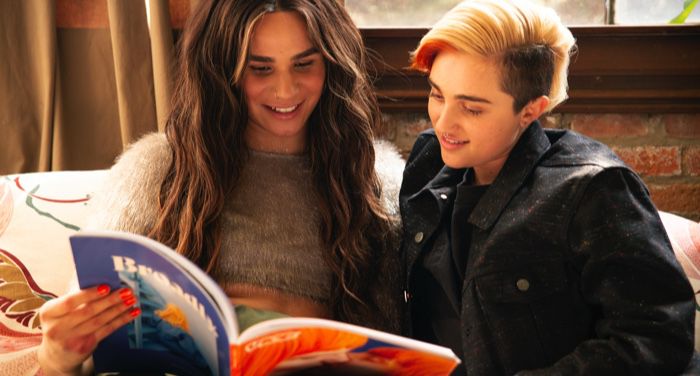 This content contains affiliate links. When you buy through these links, we may earn an affiliate commission.
Flatiron Books, publisher of Of Women and Salt by Gabriela Garcia. 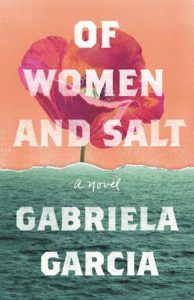 A sweeping, masterful debut about a daughter's fateful choice, a mother motivated by her own past, and a family legacy that begins in Cuba before either of them were born. Of Women and Salt by Gabriela Garcia is a powerful novel from an incredible new talent.

The UK is a notoriously hostile country for trans people. Anti-trans sentiment has escalated in the press and amongst a small but vocal group of cis celebrities, particularly since the government’s decision to hold a consultation on reforming the Gender Recognition Act, and a resulting campaign of misinformation by anti-trans groups and pundits.

In the face of this hostility, bigotry, and misinformation, many trans people and trans-led or trans-friendly organisations have been fighting back with facts, creativity, and compassion, particularly in the fields of books and literature. There has been a bounty of necessary and important books by trans authors; Juno Dawson’s What’s the T?, Travis Alabanza’s Before You Step Outside [You Love Me], Mia Violet’s Yes, You Are Trans Enough, and Amrou Al-Kadhi’s Life as a Unicorn, all of which are widely read and loved. The Portal Bookshop in York set up a ‘pay it forward’ scheme to get The Trans Teen Survival Guide to young trans and nonbinary people spending lockdown in unsupportive homes.

As a cis woman, I don’t experience transphobia, but still find the anti-trans vitriol promoted by some people I had formerly respected upsetting – and the support for trans rights in many (although certainly not all) parts of the UK book scene heartening. I heard about the Gender Community Lending Library through Twitter, and was immediately interested. A collection of books on trans lives and history, and a website that includes a plethora of links to further information and resources, seems especially important at this time, when we’re seeing a concerted campaign of misinformation against trans people in the UK.

The Gender Community Lending Library is a new initiative with big plans; to create a library of resources about trans lives, histories and communities, as well as hosting talks and setting up archives intended to further and develop this knowledge. It’s simple to use – you browse the catalogue on the website, request your book via a form, and wait for it to arrive in the post; then read, return and repeat. It’s a free service, supported by donations from the public, and the library will even pay return postage for those who can’t afford it, making it truly accessible. I borrowed my first book, Sporting Gender by Joanna Harper, an important but academic book that would have been a bit too pricey for me to buy for myself. Getting a book in the post is always exciting, but there’s an extra dose of delight in getting a book with an invitation to write your name inside the cover before sending it back, so you and future borrowers can build up a sense of shared readership inside the volume. (The second book I borrowed, the anthology Non-Binary Lives, arrived with a previous reader’s name and the note ‘who borrowed this with questions and came away with questions, but at least they were better questions’ – if there’s a more perfect summary of the impact of schemes like GCLL, I haven’t found it yet).

In the wake of the decimation of the UK’s libraries, the GCLL fills another important gap; providing access to knowledge for everyone. I spoke to the founder and co-ordinator of the Gender Community Lending Library, James Bates, about his experiences setting up and running the library.

Why did you decide to set up the Gender Community Lending Library?

I owned a couple of academic books on trans men. As I read them, I would post paragraphs I enjoyed to a Facebook group chat full of friends. The question that always came up in the chat was, ‘Why don’t more people know about this stuff?’ Especially around trans history. When the Tavistock judgement occurred, I realised that I couldn’t wait for someone else to set up this resource. If I wanted it to exist, I had to do it myself!

How have the first few months of setting up the library gone? Has it been popular?

The first couple of months were rough – as, I think, is normal for small nonprofits, especially during a pandemic! Banks had months-long waiting lists to open accounts, and we had to gain some momentum before donors wanted to deal with us. No one borrowed a single book in January, and I was miserable. My friends got bored of hearing about it. I started to focus more on publicity, after that, emailing every LGBT book club I could find, and the requests trickled in. In the past few weeks, we’ve really taken off. It’s amazing to watch.

What have been the best parts of setting up the library?

The books! Sorry, that’s probably a very predictable answer. But, we have books on such an array of topics. From a study on how blind people perceive gender (Blind to Sameness by Asia Friedman) to a book about gay Indian club culture (Ishtyle by Kareem Khubchandani), to memoirs, novels, and erotic comics. It’s not just the content, either. The thing about building a book collection from the ground up is that you know a little about every single item: whether it almost got lost in the post, notes that the author tucked into the cover, or if it sat on a researcher’s bookshelf for ten years before they sent it to us. There’s always a story.

What have been the biggest challenges?

Before GCLL, I had never done anything like this. I’m a recent graduate with some experience of fundraising; I’m learning on the job. Social media in particular has a brutal learning curve: whether a tweet goes viral or flops can be a matter of whether you post in the morning or the evening. We can’t advertise in person due to the pandemic, so building that online following is crucial.

You have some ongoing projects as part of the library, including ‘Historical Crossdressers in the UK and Beyond’, and ‘TS, TG and TV Friendly Businesses of the 1990s’. Would you be able to tell us a little about these projects? Are there any other projects you’d like to set up as part of the GCLL?

The businesses project is an oral history project, and that’s on pause until coronavirus regulations are a little more conducive to meeting in person! The impetus behind it was to interview people who remember an era before our current legal rights were established, and decades before the so-called ‘transgender tipping point’. There’s been some amazing work done to record accounts from trans people who were active in their communities in the ’90s, as well as to archive primary sources like zines and pamphlets (for example, through the Digital Transgender Archive). Those primary sources advertise loads of businesses, but I’ve never heard from anyone who ran one. There has to be a story there.

The Historical Crossdressing Project is about finding and publicising evidence of Britain’s trans heritage – which is actually extensive. The centrepiece of the project is a public Google map where I log every historical crossdresser I find in the British Newspaper Archives, which I search using terms like “in female attire” or “lived as a man”. In doing this, I’ve learned a huge amount about the lives of people who chose to transition between genders in the 19th century. I gave a talk about this on Zoom for LGBT History Month – the transcript is available on the GCLL Medium blog – which will hopefully be the first of many.

The next project coming up is a penpal scheme for UK trans people. Signups should be live on our website before the end of the month. Right now, the penpal scheme has all my focus: it’s an incredibly simple and effective way to bring people together across generational and other social divides, with less toxicity than social media.

Many of your books have been donations from authors, publishers and readers. What has been your experience of getting donations? How do you store them?

I have a lot of fun writing to authors and publishers, and the response rate has been great: something like 25% of the people I contact donate to us. That may not sound like much, but it is actually very high for a project like this. We don’t get rude messages from people who don’t want to give us anything; they just politely decline or ignore us. And an increasing number of people seek us out to ask if they can donate. So, it’s all been very positive!

Donations are stored in boxes, split between my home and another volunteer’s home. This isn’t very efficient – I have to rummage to find things! But, we don’t have the space for shelves. Our head librarian’s very sad about this, because she’s a big filing system nerd.

What are your plans for the future of the library?

Bookshelves. More importantly, I want to register as a CIC. Doing so would allow us to provide a much more sustainable, polished service – and maybe one day to open a physical space. That’s my dream.

The GCLL is a fantastic and necessary resource in a difficult period in UK history, and I’m looking forward to seeing it grow and develop – and to reading more of its stellar collection of books!

For recommendations of books by trans and nonbinary authors, check out our list of 8 Transgender YA Books Written By Trans and Nonbinary Authors. You can learn about one trans reader’s experiencing of negotiating the shifting language used when reading about trans history in Language Is So Queer.