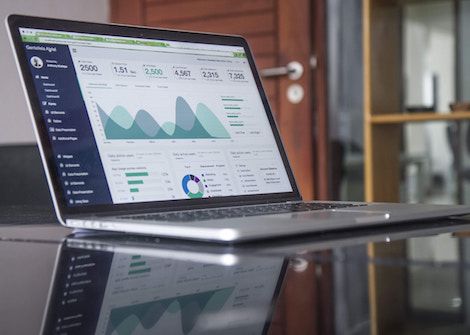 Is there a gender bias when it comes to YA literature? 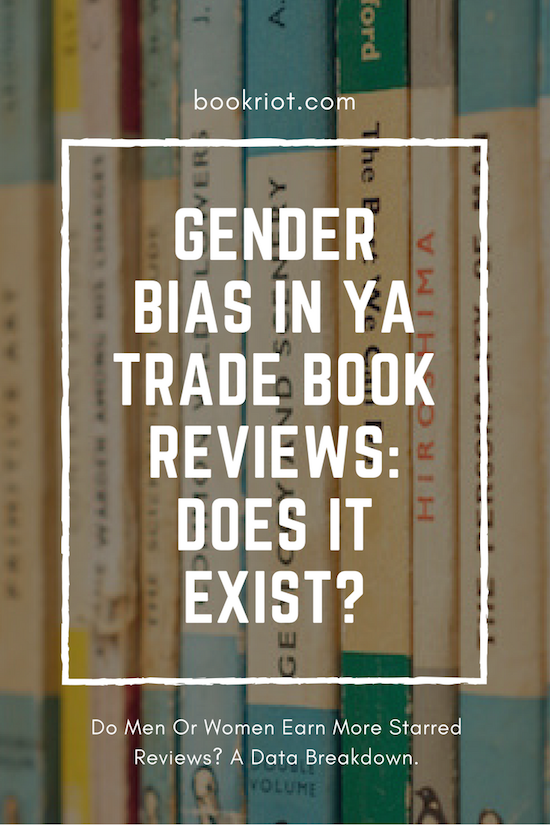 Research done in 2012 by the writers behind Lady Business, a feminist blog covering pop culture and media, helped open a wider online conversation about this topic. More specifically, their work focused on how gender has been represented when it comes to the major awards given out each year for children’s literature. Their data showed that despite YA being a category of fiction where more women publish more books each year than men, it was men who bring home awards like the Printz most frequently. The data from their research, which is all available online, is from 2012, but it has raised numerous opportunities to explore the ways in which gender may or may not impact distinction and accolades in the YA litosphere.

And one way to take the research even further is looking at the most basic tool used for giving merit to the hundreds of YA books published each year: trade reviews.

Starred reviews for new books are a literal gold star. These titles are the best of the best within a category and genre, and stars are earned through a book holding up to critical reading. Professionals in the field use their skills to assess and judge those books, which then, in turn, help other professionals in the field select books for their school and library collections. Starred reviews are also considered come awards season.

While reviewers do not go into a book with an evaluation made based solely on author name or biographical information, gender bias can be unconscious. This is frequently the case in situations where one gender outnumbers another; there is something in that which allows an unconscious favoritism to emerge. In a place like YA lit, as was seen in the Lady Business research, is it possible that gender bias plays a role in starred reviews, too? Do men receive more starred reviews than their female counterparts in YA lit?

Let’s explore those questions by looking at the data as presented through 13 issues of School Library Journal (SLJ) reviews.

Some notes before the numbers: all data is based on reviews in the print editions of SLJ, starting with September 2015 and ending with September 2016. While there are additional reviews posted online, those were omitted from this count. Data came from the YA fiction pages, as well as the YA nonfiction pages. Any and all graphic fiction and nonfiction were excluded. No special review features or series review specials were included, in order to keep the potential data the same across all 13 issues.

All authors were identified by the gender pronouns on either their own or their publisher’s website. This is, of course, a simplification of how gender works, but it was the most logical choice: the general public, looking up an author, would find those pronouns and use them. Transgender authors were categorized by the pronoun on their website. No authors in this data set pronouns other than “he” or “she.”

Books with more than one author were categorized by the gender of every author listed. This means that a translation/reworking of a classic book like The Odyssey was categorized by the original author’s gender pronoun (“he,” as historically questionable as that might be in this case) and the author who did the translation/reworking. An author team which uses a singular pen name was identified by each author, and each of their genders were recorded. All percentages and averages were rounded to the nearest whole number.

Over the course of thirteen issues, a total of 1,110 authors earned a review.

The gender breakdown across all issues is at the heart of the exploration here, and it showcased what has been well-known and discussed for a while: there are far more women who have books reviewed than men, suggesting that there are more women writing and publishing in YA than men, at least within this time frame. The average number of female authors reviewed per issue came to 64, while the average number of male authors reviewed per issue was 21. That translates to women receiving roughly 75% of reviews on average to men’s 25%.

SLJ notes that a star beside a review denotes “excellence in relation to other titles on the same subject or in the same genre.” Earning a star for a review is more than simply a positive review; it’s a positive review and then some. And they aren’t given out lightly: over the course of the 13 SLJ issues surveyed, a total of 123 authors earned a starred review. Note that this is different than 123 total starred reviews; there were instances where two authors wrote one book which earned the star, and both authors were counted as earning the star (they are, after all, sharing the honor). That equates to roughly 11% of all authors seeing a star.

Seventy percent of the starred reviews—or 86 out of 123—were for female authors. Thirty percent—37 out of the 123—were for male authors. It’s not a significant difference, but there is a slight difference here than within the distribution of reviews by author gender. Fewer women earn starred reviews than men, by an average of 5 percent, despite the fact women have more books reviewed. It’s likely over the course of many years of starred reviews, though, this slight imbalance evens out due to an increase in the number of reviews. It’s hard to suggest, given the data pool here, that gender bias—conscious or unconscious—does not play a role in the reviews at SLJ.

But how does this compare with other trade journals?

Using the same criteria for the data sorting as with SLJ, I looked at Kirkus’s review indexes for titles published between September 2015 and September 2016. “YA” was categorized as titles listed for those age 12 and older. During this time frame, Kirkus reviewed 812 YA authors, with 659 identifying as female and 163 male. Roughly 80 percent of authors reviewed were female, while 20 percent identified as male. Kirkus awarded 119 starred reviews, 80 of which went to female authors and 39 to male. Percentage wise, the discrepancy is a little larger than at SLJ: women earned 67% of the stars, while their male colleagues earned 33%. While this looks like a noteworthy difference, it’s not. SLJ’s distribution of starred reviews by gender was nearly identical—there was just a larger pool of data to work with.

At Booklist, gender and starred reviews showed a similar story. Booklist provided the data requested using the parameters provided to them, though their data ran from September 2015 to August 2016, one month less than SLJ and Kirkus. During this time frame, a total of 821 YA authors earned a review. There were 524 reviews for female authors and 179 by male authors, or a split of roughly 73 percent to 27 percent. That falls right in line with the other two journals. In terms of starred reviews, 118 authors earned one, with 77 of those stars going to female authors and 41 to male authors. Statistically, that means 65% of the starred reviews were earned by female authors and 35% by male. This also falls in line with the other two journals, particularly when the smaller data pool is considered.

While the data presented here doesn’t offer up much in terms of gender bias and reviews, the fact that there is near parity with regards to gender representation in reviews and starred reviews earned is important. There’s a sense of reliability, and more, this gives a nice starting point for exploring this same question in other review outlets. Is it possible the results might look different in a mainstream print outlet like The New York Times or LA Times Book Review with readerships that differ from those using trade journals?

Likewise, there’s further research to be looked at, too, when it comes to race and critical acclaim. What sort of representation is there? Unlike gender, which can more easily be quantified, race and ethnicity are far trickier to look at from an outside lens, as it brings a host of assumptions and biases from the researcher—it’s not as easy as looking up an author, finding their pronoun on their websites, and coding them accordingly. But this is an area of exploration that would deserve time and energy to look at.

Thank you to Shelley Diaz at School Library Journal, Vicky Smith at Kirkus, and Daniel Kraus at Booklist for providing access to a year’s worth of trade reviews for this project.

*Editor’s Note: “Preferred” was removed from statements about authors’ pronouns.