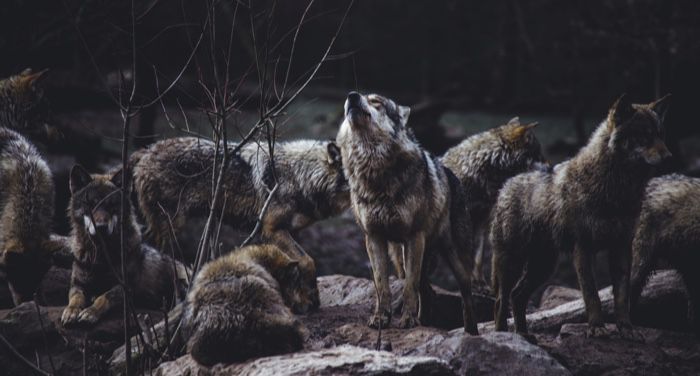 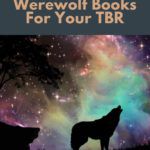 Anyone who regularly reads paranormal and werewolf romances knows there are a lot of common tropes. The Fated Mate trope (one of my favorites), Forbidden Romance trope, the Alpha Male trope—too many to list. And tropes can get old after awhile, right? Especially if there isn’t a twist to them. Well, sometimes. A trope isn’t old when used by a community that doesn’t generally get to participate in the story type. To them, it’s still new. So here, I looked at gay werewolf books in romance, especially those stories written by members of the LGBTQ+ community.

I’ll be honest, it was a bit of a struggle. A lot of these story types are written by straight women (that I haven’t been able to confirm as queer). Not that there’s anything wrong with it, but, well, it’s nice to hear a story about people like you coming from someone who has lived experiences like yours. Why most of the gay werewolf romances I came across were written by straight-presenting women I don’t know. It could be a variety of reasons, like this just being a niche taste and hasn’t had the chance to be inundated with queer writers yet.

Maybe, as #PublishingPaidMe showed, queer writers just aren’t getting the publishing resources needed and so these stories are currently shelved, waiting to find a home. Maybe other reasons that I’m not gonna list here because there’s a lot of them, but I digress. Here’s some of the best gay werewolf books for romance readers that I’ve come across. 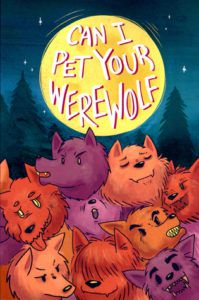 Can I Pet Your Werewolf? by Molly Muldoon and Kel McDonald

A graphic novel anthology, this book is full of werewolf stories, although admittedly not all of them are romance. But these stories, written by recognizable authors like Seanan McGuire and Meredith McClaren, are short and sweet and give you a nice little snippet into the lives of the werewolves and the people they spend their time with. Yeah, they may not all have the huge build into a blossoming romance that makes you sigh and wish (just me? Okay cool) but they show the After, the couples that have found their rhythm and doing the day-to-day thing.  It’s nice.

Wolf at the Door by Charlie Adhara

Let’s see, human and werewolf detectives partnered to solve a series of murders (with a mystery that keeps you guessing as well) and a slow-burn romance with an extra dash of assholes to lovers. Yes please. Charlie Adhara’s debut novel is excellent and full of that dry humor we all love. It’s a beautiful blend of murder mystery, drama, and romance that will keep you reading. It’s a series too, and thankfully there’s 4 more books out including one that came out March this year. 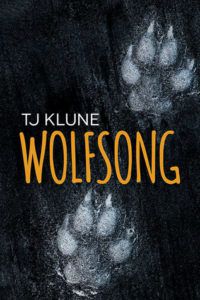 TJ Klune is well known for his books with queer representation, and that reputation is safe with Wolfsong. We follow Ox, our main character, as he grows up from a young adult with an abusive father to an adult who is what his pack needs but also his own person. Love interest Joe is well rounded as well, with his own story and needs, and the story lets both of them come together (and part at one point) naturally and in a human way that seems fitting for gay werewolf books. Content warning for this one though: there are some gore/violence scenes, mentions of abuse, and a rape threat (though it never happens).

A Ferry of Bones and Gold by Hailey Turner

This is another detective romance but is based a bit more heavily in the realm of urban fantasy, with this detective having some magic of his own. Gods are real and apparently call in debts to solve disappearances of one of their own. Demons are orchestrating killings, and of course, there’s werewolves. The world building in this book is excellent, draws you in immediately, and is spellbinding (insert finger guns here). With the added addition of a “we shouldn’t” romance,  this book definitely needs to be on your To Read Next list. 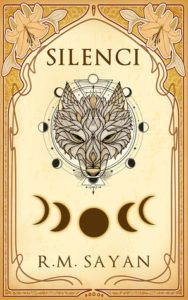 In their debut novel, R.M. Sayan takes the werewolf story and places it in the medieval era in Spain, where the village Abadosos have been plagued by werewolves. There used to be werewolf hunts, akin to that of the witch hunts we are familiar with, but they had the results you would expect. Now the villagers rarely talk, and live in near silence, not acknowledging the people who would disappear every full moon. Until our main character, Joaquím, is attacked. And survives, unbitten, thanks to a childhood friend he never thought he would see again. Struggling with his attraction to his friend and what his survival means, Joaquím has to figure out what he now is and how to stop it. I definitely recommend this one for those who aren’t that into fantasy, as this definitely reads more like the medieval reality where monsters are a fact of life.

This one is definitely long, almost 600 pages, and is a slow, slow burn. But so worth it. Lost lovers and lost identities are found in this book, with an added touch of the Forbidden Lovers trope. In the midst of a war where wolf shifters are disappearing and turning up dead, fate brings Kane and Luca together after Luca is believed to be dead for years. The world-building is fantastic with this book and the characters are actually a part of it, rather than being a stand-up set built around the standard paranormal tropes. If you pick this one up I recommend that you get comfortable and pack some snacks, because it is difficult to put this one down. Content warnings for mentions of abuse and violence. 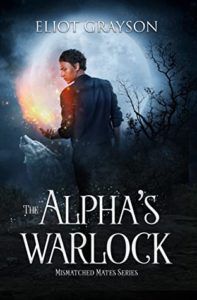 The Alpha’s Warlock by Eliot Grayson

This book is filled to the brim with snark and dry humor and enemies-to-lovers chemistry between the two love interests. They’re your stereotypical chatty mage and growly alpha wolf, but done in an interesting way that keeps you reading, especially since it starts right off on the first page throwing you into the deep end, with no slow introduction to the story at all. The romance carries your standard “if you two would just TALK to each other” frustration that we all love to have, and is definitely one I recommend picking up as a fun read and distraction.

If you’ve read through these gay werewolf books, and still have an itch to scratch, check out our list of 50 werewolf romances here, and 50 gay romance novels here.