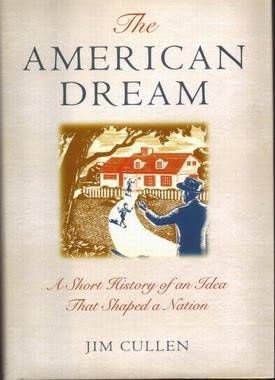 I started this two-parter with a list of nonfiction books about the life and times of The Great Gatsby’s author, F. Scott Fitzgerald. In this post, I’m going to stretch the time period a little bit and offer some nonfiction about some of the themes that resonated most with me from the book.

One of the big conflicts in the book is related to class, Old Wealth versus New Wealth and what the associated snobbery does to the characters of the book. These themes still resonate with me today, especially given our current political climate and the obsession we seem to have with the Haves and the Have-Slightly-Lesses. I’ve got three books that I think shed light on this division.

The Great Divergence: America’s Growing Inequality Crisis and What We Can Do About It by Timothy Noah

Income inequality is the big buzz topic of the last few years, and this election cycle in particular. In this book, journalist Timothy Noah looks at how this gap came about, what problems it causes and what we may be able to do about it. This interview with NPR offers some good insights into how Noah thinks, if you’re curious before grabbing the book.

Nickel and Dimed: On (Not) Getting By in America by Barbara Ehrenreich

Nickel and Dimed is probably an obvious choice for a book on wealth and income inequality, but it’s a deserving addition to this list. The book is classic immersion journalism — author Barbara Ehrenreich tries to make a living working assorted minimum wage jobs to see what life is like for many people. Although written before the recent financial crisis, this one may be even more relevant today.

The American Dream: A Short History of an Idea That Shaped a Nation by Jim Cullen

Jay Gatsby is a con man. To amass his wealth, Gatsby had to reinvent himself and keep up a charade while also engaging in some questionable activities. History is full of con men and charlatans, so it wasn’t hard to fill out this list.

The Man in the Rockefeller Suit : The Astonishing Rise and Spectacular Fall of a Serial Imposter by Mark Seal

The police and FBI were baffled when Clark Rockefeller, a wealthy member of a prominent family kidnapped his daughter and disappeared. Eventually, they learned that Clark didn’t actually exist — he was simply an alias for a German con man named Christian Gerhartsreiter who lived life under a series of identities until he entered the Rockefeller family. Gerhartsreiter reminds me an awful lot of Jay Gatsby, if Gatsby had entered a wealthy family and eventually turned to an even more serious life of crime.

Catch Me If You Can: The True Story of a Real Fake by Frank W. Abagnale with Stan Redding

It seems Leonardo DeCaprio has made a bit of a career playing con men. Before he was Jay Gatsby, DiCaprio also brought another famous trickster to the big screen — Frank Abagnale. As a youngster, “Abagnale donned a pilot’s uniform and copiloted a Pan Am jet, masqueraded as the supervising resident of a hospital, practiced law without a license, passed himself off as a college sociology professor, and cashed over $2.5 million in forged checks.” Catch Me If You Can is this “charming rogue’s” memoir.

The Big Con: The Story of the Confidence Man by David Maurer

If you are looking for a more academic look at the history of con men, David Maurer’s 1940 (reprinted in 1999) book The Big Con seems to be the definitive book to read. The book includes stories of the most famous con men and their best tricks and, frankly, sounds just awesome.