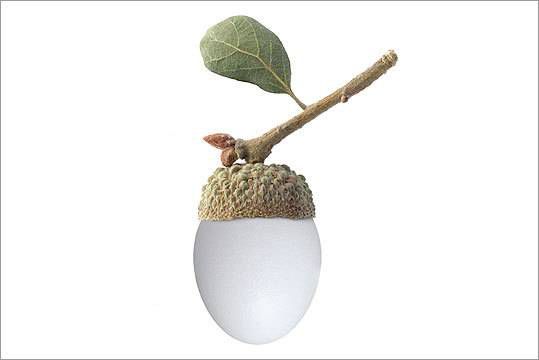 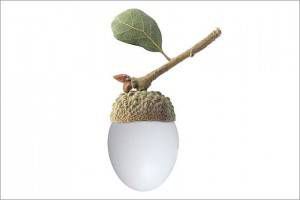 One of the most important reasons to care about language and to always be delving deeper into its origins and usage, aside from the occasional opportunity to stand in self-righteous judgment over others, is that language can be fun!*

*And judging others is way fun! Duh!

The fun language phenomenon I’ve discovered today—and many of you may already be aware of this, in which case you may stand in self-righteous judgment over me—is the eggcorn. Though given its name by the good folks at Language Log (and more on the origin of the name can be found here), I’m sure eggcorns have been a curious occurrence in language for as long as language has been occurring.

In short, an eggcorn is an idiosyncratic substitution of a word or phrase for another word or words that sound the same in the speaker’s dialect. The new word or phrase—and here’s where it gets interesting and distinct from a mere malapropism—has a different meaning, but one that could be plausible in the context. For example, “eggcorn:” since acorns are somewhat shaped like eggs and are considered seeds or corns, “eggcorn” (or “egg corn”) would make more sense than “acorn” to someone who had never seen the word spelled out. Essentially, an eggcorn is an unintentional pun—the best kind of pun there is.

So to anyone who thinks language is boring, I offer eggcorns as antidotal evidence. Here is some advice, as a simple curtsey to my readers, without putting too much of an explanation point on it, in basic lame man’s terms: playing around with words is one of the best ways to buy one’s time—since it’s free (and if you believe that, I know a guy named Jack who’d like to sell you his bean stock).

But what sparked my initial interest was the arrival this week in my Google Reader feed (courtesy, again of Language Log) of an entire eggcorn essay that has been making the rounds, oh, for the last year or so. I will hereby do my part to perpetuate the meme:

I am sorry to be the baron of bad news, but you seem buttered, so allow me to play doubles advocate here for a moment. For all intensive purposes I think you are wrong. In an age where false morals are a diamond dozen, true virtues are a blessing in the skies, and are more than just ice king on the cake. We often put our false morality on a petal stool like a bunch of pre-Madonnas, but you all seem to be taking something very valuable for granite.

So I ask of you to mustard up all the strength you can because it is a doggy dog world out there. Although there is some merit to what you are saying it seems like you have a huge ship on your shoulder. In your argument you seem to throw everything in but the kids Nsync, and even though you are having a feel day with this I am here to bring you back into reality.

I have a sick sense when it comes to these types of things. It is almost spooky, because I cannot turn a blonde eye to these glaring flaws in your rhetoric. I have zero taller ants when it comes to people spouting out hate in the name of moral righteousness. You just need to remember what comes around is all around, and when supply and command fails you will be the first to go.

Make my words, when you get down to brass stacks it doesn’t take rocket appliances to get two birds stoned at once. It’s clear who makes the pants in this relationship, and sometimes you just have to swallow your prize and accept the fax, instead of making a half-harded effort. You might have to come to this conclusion through denial and error but I swear on my mother’s mating name that when you put the petal to the medal you will pass with flying carpets like it’s a peach of cake.

So, without further adieu, what eggcorns have you stumbled upon (recently or once and a while)? Which one’s make you happy, and which ones really get your dandruff up?