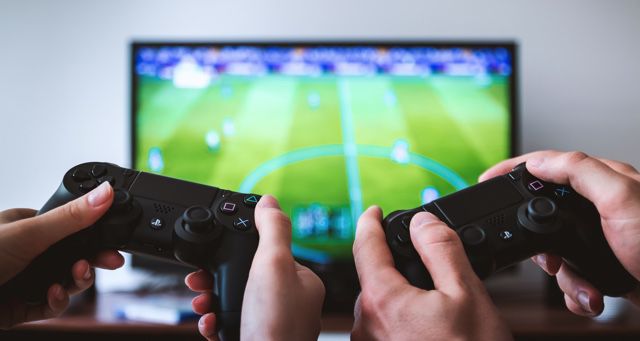 I knew my decision to pull together a few romances featuring gamers was the right one when I started writing this and my spouse started watching a “Retro Tech” special by a tech YouTuber he follows. It was about the Game Boy. They set it on fire. Like…with a flamethrower. Still worked. I wonder where mine is…

Anyway! I’ve come across some really delightful romances featuring gamers lately and wanted to pull a short list together of old and new books worth checking out. 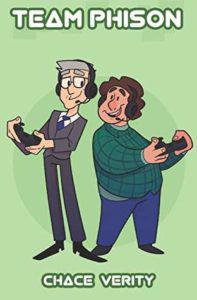 Phil is an older gay man who gets away from the stress of running a restaurant by playing video games. He plays the kind where you join teams online to complete missions, and meets some interesting people that way. One of said interesting folks is a really sweet young man playing under the name Bison Falls, who is…very new to the game. The two form a bond, and then start bonding beyond the storyline. It’s a short read, and very sweet—and I love how Phil (from whose POV we get the story) interacts with the secondary characters. They’re all a delight to read. And the story is fun, sweet, and super smile-inspiring.

Also, if you haven’t read this one already (or if you have and realize you need more Team Phison in your life), you’re in for a treat! Team Phison Forever came out May 15, so you’ll have lots of Phil and Tyson to love. (And you’ll want to hug both of them, seriously.) 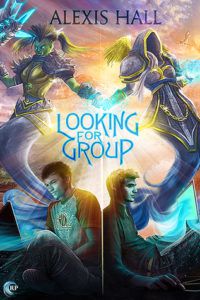 Looking for Group by Alexis Hall

I’ll be honest: going into this one, I wasn’t sure I was going to make it through the number of pages that were just gameplay and in-game communication in a game that doesn’t exist. But it was actually easy to pick up, and then you were super involved in the conversations between the two boys.

I guess you want to know the story:

Two college-age guys play a game that is essentially World of Warcraft. They’re in the same guild, but one of them, Kit, plays with a female avatar. Drew thinks that Kit is a woman, and they form a pretty strong bond, both in gameplay and just finding private rooms to chat in. They eventually decide to meet up, and Drew is surprised but surprisingly (to himself) okay with this fact—Kit’s still the person he basically fell in love with online. So they start to date. But there are some issues with gaming addiction and priorities that the pair have to figure out together, and still make it through.

It’s intense, I’ll tell you that. But it’s got Alexis Hall’s signature writing style, and that back-and-forth between intensity and fun. 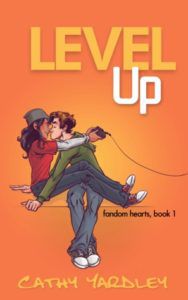 Level Up  by Cathy Yardley

This is the first in the Fandom Hearts series, which I’ve mentioned around these parts before. This friends-to-lovers romance stars game developers spending a lot of time together. Tessa has a new project that could kickstart her career, but she needs Adam’s help to get it done quickly. The pair not only work together…they’re roommates, too. This is the perfect start of a series—laying the ground for the rest of the books that will follow, and getting us to the right amount of geeky to be able to keep up with the rest. (My favorite is One True Pairing, which is more about fandom than gaming, but this one is also top notch, as are the other novels and novellas in the series, which is still ongoing.) 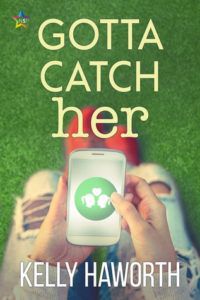 Gotta Catch Her by Kelly Haworth

I don’t play Pokemon Go, but I was pretty excited to hear about an f/f romance with an AR phone game as a central element. Ann, a dog-mom with an overwhelming business job, meets kid-mom Rachael in the park during a raid, and can’t help her crush. The two keep running into each other with dog and kid in tow, and Ann surprises herself by asking Rachael to coffee. After some time agonizing whether Rachael is even queer, Ann learns that she is, and wonders how she can proceed, especially as her work drags her deeper and deeper.

I’m not done with this one yet, but I’m excited to see what happens!

What are your favorite gamer romances?