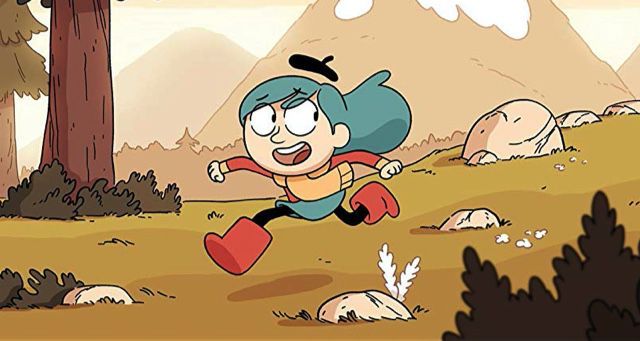 Although I like to call myself an avid reader, I am still very underread when it comes to comics.

I started reading on the regular when I was about 9, but my introduction to comics was pure luck. I must have been about 12 when a neighbour gave me a copy of Sport Billy, and I really liked it, but for all of my childhood, I never made comics a reading choice. I was way into in high school when I voluntarily picked up a few comics, namely Calvin & Hobbes and Baby Blues. It didn’t go much further than that, though, and until this last summer, I could count by the fingers of one hand the number of comics I had read.

I moved to Rotterdam in August. Living in a big city has a lot of perks—perks that I had always dismissed, believing that small cities always have the best advantages: no traffic, little confusion, free parking spaces. Quiet.

A big city, however, has widened my horizons, and it keeps offering me things I’ve always lacked and missed, even before experiencing them. One of them—and, I would debate, the most important—is a big public library.

I started using the library when I was 11, and it became a sort of routine. Until I moved out of Portugal, in 2011, I made regular trips to the library, not only for books, but also for movies and music. My local public library was free for all, and they didn’t even charge late fees. Then, I moved to Belgium, and both public libraries of the two small towns I lived in seemed to me like they didn’t have a lot to offer. In Lommel, the first city where I lived, I used the library a couple of times as it offered a quiet place for writing, but the library of Dessel had such a short opening period that I gave up on using the public library entirely. They didn’t offer English titles, and I was too busy reading English literature to figure out that Dutch easy reading would have been a priceless tool in improving my Dutch. Well, I’ve learned that a bit later, but not too late.

The library in Rotterdam has a lot to offer to an immigrant who mostly reads in English, and still struggles to grasp the quirks of the Dutch language in its entirety. For one, they offer English titles. Additionally, I have finally realized that comics are my best friends when it comes to improving my Dutch. Only by accumulating vocabulary can I start taming the language. While many comics are dark and complex, many are easy to read, and fun. Even if I have to stop frequently to check new words.

Hilda, by Luke Pearson, was the crucial step on my journey into the world of comics.

I have no idea why I haven’t read more comics during my life, especially comics written for kids, but there’s still time to fix that. @hildatheseries is super fun, and the art is super cute! Also, a nice tool to improve my Dutch. #comics #hilda #comicbooks

I bumped into Hilda for the first time at Yendor, the comic bookshop in the center of town. I had never heard about it, even though it was already a quite popular series on Netflix. The books, which I found in Dutch, but not in English, caught my eye with their bright colors, pretty drawings, and because the main character was an adventurous girl. I don’t think we have enough of those (the right amount of comics portraying adventurous girls is what exists at any given moment, plus much, much more.)

I didn’t buy the books on the day I first saw them, but they made such an impression on my mind that I went back to the shop to get them the very next day, Dutch version and all. I fell in love with Hilda immediately.

Finally, reading in Dutch was fun. Soon after, as soon as my registration was accepted into the city hall, I went to the library and I got my library card. After having read Hilda, library card in hand, I went looking for other similar books. I was recommended Lumberjanes—which I have read, and I loved it—and I keep discovering wonderful comics.

Nowadays, alongside my novels, and my nonfiction audiobooks, I’m getting in a few comic books every week. They’re just the best!

For those who enjoy denser stories, I couldn’t recommend graphic novels enough. Both the writing and the design complement each other in ways that narration-only books fail to do. While I would always choose to read the whole, unabridged book, if available, graphic adaptations of published novels—The Handmaid’s Tale, Anne Frank’s Diary, The Graveyard Book—are a visual feast for the eyes, and I don’t want to go back to a time in which I didn’t allow myself to be marveled by them.

Sometimes all that it takes is the right book to change your reading habits forever.

If you haven’t yet read Hilda, I couldn’t recommend it more. The Netflix series adds a lot to the books, picking up threads that the graphic novel doesn’t explore, and diving deeper into some of the characters.