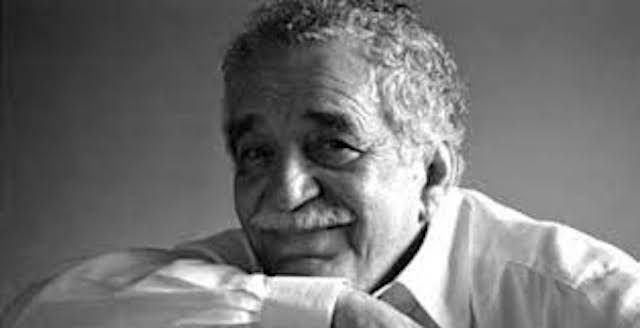 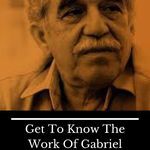 You’ve heard the phrase magical realism before, and perhaps have even learned a little bit about what it means. It’s a prevalent and important literary genre, and its origins are as fascinating as the work itself. As a literary movement, it originates in Latin America, and one of its forebears is among the greatest authors of the twentieth century: Gabriel García Márquez.

Who is Gabriel García Márquez?

Born in Aracataca, Colombia in 1927, García Márquez started his career as a journalist, penning many acclaimed short stories and works of nonfiction throughout his career. His biggest breakthrough as a writer came with the novel One Hundred Years of Solitude, published in 1967. The novels Love in the Time of Cholera and The Autumn of the Patriarch similarly received great acclaim upon publication. He was a writer who explored the themes of solitude, both physical and mental, as well as the mysteries of death in his work.

Though best known for the aforementioned novels, García Márquez’s bibliography is vast and diverse in its forms and subjects. The one unifying quality of each work is the author’s exceptional prose and insight about the state of humanity as he observed it. These are some more Gabriel García Márquez books to read. 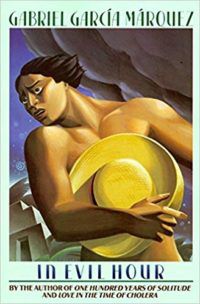 García Márquez’s first novel, In Evil Hour depicts an unnamed Colombian village in turmoil. Someone is leaving pamphlets containing townsfolks’ secrets about the village, which is first dismissed as a small nuisance. However, when one rumor leads to murder, the mayor of the village hires armed thugs to patrol the village, using the unrest caused by the secrets as cover to persecute his political enemies. A slim volume packed with intrigue and terror, In Evil Hour gives a glimpse at the author’s later greatness. 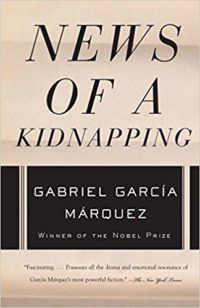 News of a Kidnapping

An account of a series of kidnappings by the Medellín Cartel, García Márquez’s News of a Kidnapping is as alive with vivid description and captivating prose as any of his fiction. Turning his pen to the task of documenting the Colombian drug cartel hearkens back to the author’s early career as a journalist, and it shows that at no point did he lose the ability to weave a compelling narrative from sordid real-life events. 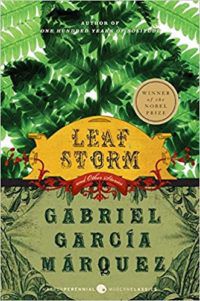 Before his first novels, García Márquez penned Leaf Storm while still working full-time as a journalist. This novella takes place in a single room over the course of half an hour, and follows a patriarch attempting to make good on a promise to provide a proper burial to a detested French doctor. As the first piece of García Márquez’s fiction published to a wide audience, it lays the groundwork for many of the themes explored in his later work, such as isolation and the uncertainty of death. 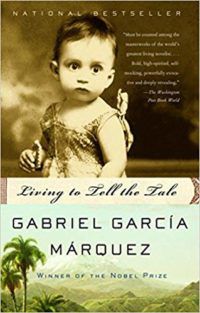 Living to Tell the Tale

Planned to be the first of a series of autobiographies, Living to Tell the Tale ultimately was the only such book García Márquez completed in his lifetime. However, the work is anything but incomplete. Following the first 27 years of the author’s life, it details his upbringing, education, work as a journalist, and early successes in writing short fiction. It alludes to events in the author’s life that influenced events in his novels, and ends with a romantic coda to his wife, Mercedes Barcha Pardo, in a description of his proposal to her. 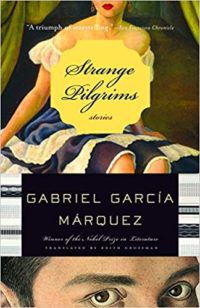 As a sucker for short story collections that loosely form a continuity between the stories, Strange Pilgrims is among my favorite Gabriel García Márquez books. Published in 1993, this collection contains stories from the ’70s and ’80s, which all find central characters feeling ill at ease in foreign lands, both literal and metaphorical.

If you’re interested in Gabriel García Márquez books, there is a wealth of reading material out there for you. In addition to his own books, you can consult books about the author and his work, such as critical works by Gene H. Bell-Villada, Rubén Pelayo, and Harold Bloom. García Márquez’s influence can also be seen in the works of fiction writers as disparate as Daniel Alarcón and John Green.

It’s impossible to overstate the influence García Márquez has held over contemporary literature. It is rare for a writer of his scope and brilliance to come along—that he lived and wrote in our lifetimes is nothing short of inspiring.