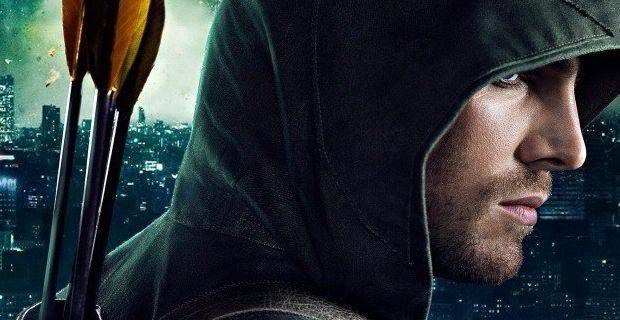 Excited for Arrow Season 3? A lot of us at the Panels offices are, too. With the premiere of the new season nearly here, I thought it would be a great opportunity to recommend a few character-centric stories that will have strong relevance to some of the stories we’ve seen hinted at for the new season.

Archer’s Quest details Oliver Queen’s journey to regain a normal life after having recently been resurrected. While the Ollie of this story is an older, more world-weary emerald archer than his younger, angrier TV counterpart, the essential themes of the story ring very true for both characters. Ollie teams with his former protégé, now seasoned super-hero in his own right, Roy Harper, to find some of the few mementos of Ollie’s past that haven’t been destroyed. The quest quickly becomes less about the things they’re looking for, then the essential relationships in Ollie’s post-resurrection life. This story not only offers insight into who Oliver is as a character, but also how he and Roy work as a team and what part Roy plays in his life. Hester and Parks’ Green Arrow design remains one of my favorite interpretations of the character, part Errol Flynn, part classic Green Arrow. Given a story arc hinted at late in Season 2, the ending of this tale may be especially relevant.

Roy Harper, Arsenal, moves out of the shadow of his sidekick-ing days to take the spotlight in one of my favorite team books. After the dissolution of the The Titans and Young Justice, Roy sees the need for a new kind of team. A team that doesn’t rely on the family dynamic, but rather one run like a business; a team that can handle the threats bigger than a single hero, but too small for the likes of the Justice League. This group of misfits includes a recently resurrected and amnesiac matter changer, a recent college graduate with density control powers, a former bouncer with super strength and a temper, a seasoned hero with the power to make green light constructs, and the sentient robot who previously killed Arsenal’s teammate. Roy shines in this series, slightly out of his depth in running a team, usually running into situations without thinking but always well meaning. We also get peeks into Roy’s personal life throughout the book. The second story arc in this collection also includes a look at Season 2 villain Brother Blood.

Three stories in one! Containing the original graphic novels Son of the Demon, Bride of the Demon, and Birth of the Demon, this collection gives readers a really great introduction to the character of Ra’s al-Ghul – the new big bad for Season 3. While many viewers are familiar with the character from Liam Neeson’s portrayal in the Christopher Nolan Batman films, Ra’s is an interesting character with a deep history.  Birth of the Demon, in particular, is an origin story for the character penned by Denny O’Neil, the character’s co-creator, which gives insight into how the Demon’s Head came to be. Son of the Demon, a long out-of-continuity story in which Batman joins Ra’s al-Ghul’s family, shows us Ra’s as a leader of the League of Assassins and as a teacher of sorts to Batman. Bride of the Demon focuses on Ra’s search for a new wife to sire an heir to inherit his kingdom and someone to join him on his immortal journey. Taken as a whole, this loose trilogy gives us a great window into the mind of the immortal eco-terrorist and can give fans an idea of the master manipulator that Ra’s is likely to be.

4. Batman: Death and the Maidens by Greg Rucka, Klaus Janson, and Steve Buccellatto

With Nyssa al-Ghul poised to take on a bigger role this season, Death and the Maidens has become a go to story for viewers interested in learning more. While the Nyssa of the show is a synthesis of Nyssa Raatko from Maidens and Talia al-Ghul, the story itself is especially meaningful after the events of Season 2. Maidens is a story about the decline of Ra’s al-Ghul, slowly dying with his last chance at immortality being in Batman’s hands. Ra’s offers Batman a trade: the location of the last Lazarus pit for a potion that will allow Batman to “meet” his parents. Initially leery, Batman succumbs to temptation and tries the formula, embarking a dark journey into his soul. These events are interspersed with short vignettes detailing the origin of Nyssa, Ra’s daughter, whose resentment and distrust of her father leads her on a roaring rampage of revenge. A beautiful meditation on death, grief, forgiveness, and the price of immortality, Death and the Maidens would be an easy guide to follow for a perfect Ra’s al-Ghul story arc that elevates Nyssa as well.

Early in the promotional rounds for Season 3, it was reported that Katana would be making an appearance(s). Katana is a great character with an often-mysterious background. While Katana has had her own series and made great guest appearances in the New 52 Birds of Prey, I’ve always been drawn to the simple two-issue origin story of Katana. What happens when the sword which contains the soul of your dead husband is stolen? How far do you go to get it back? A simple but effective origin for a great character.

What stories do you think will have an influence on Season 3? What are some of your favorite Green Arrow tales? Tell us below!