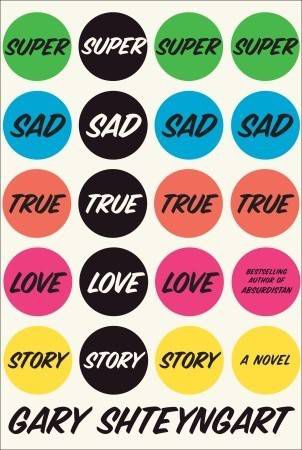 I don’t normally love action movies, but I loved Mad Max: Fury Road. So fast-paced, so delightfully action-y—it kept my attention the whole time, and it never felt stale or unbelievable. When I heard Imperator Furiosa would get her own comic, I was thrilled.

In the comic, I was hoping to learn more about the woman driving the action forward in the movie. But I learned little about Furiosa, and what I did learn was, well… infuriating.

First, let’s talk about why Fury Road was so awesome.

In Fury Road, two out of five “wives” are women of color. They seem to come from different regions or at least had different experiences before their capture; Toast, for instance, knows how to load a gun, which I doubt she learned under Joe’s tutelage. They also have diverse personalities. No one in the movie gets a lot of lines, yet each woman shows a different side.

Although Furiosa is the only female Imperator we see in a sea of war boys, it’s still apparent that battle-ready women can rise up through the ranks and have some agency. Furiosa won Joe’s trust enough to drive her own rig AND have access to his captive women. Yet she also commands respect beyond Joe; her men on the rig bow to all her wishes (before she kills them, that is). And the women she’s rescuing come to her rescue more than once.

She is out for redemption. That’s really all we need to know. We don’t need to know what the harem “wives” said in order to convince Furiosa to take them away; simply by knowing they were kept, any right-thinking individual wouldn’t have needed persuading. We don’t need to see Furiosa’s rise to power; in a world where cool-headed warriors are exalted above all else, it’s easy to see how Furiosa has risen to prominence. And we don’t really need to know why she craves redemption. It’s enough to know that she does.

There’s a lot to love in Fury Road.

Now, take all those warm fuzzies about the movie and lock them in a safe place so we can talk about Furiosa. (Spoilers abound.)

On my first reading, I thought all of the harem “wives” are white (which is how they appear in the concept art). Upon closer examination, two characters seem to be nonwhite; but it’s difficult to tell. The art is inconsistent across panels–adding to further confusion about who’s who.

Furiosa began guarding the women because Joe was worried (with good reason) that one of his sons would rape them. Not that Joe minds rape, no, not at all; he just prefers to be the rapist. And so Furiosa is here to keep watch—and to keep the women in line.

Furiosa watches Joe violates them, and then she stops a woman trying to perform an abortion on herself. (This is one of the most graphic comics I’ve ever read.) She begins deriding all of the women as selfish and spoiled. Don’t they realize what a great thing they have going here?

Furiosa was, we gather, one of Joe’s earlier wives, cast aside when she couldn’t produce offspring. She’s just jealous! The abortionist has a change of heart after Furiosa lashes out against her, and in a sudden rush of maternal instinct decides to protect the “little one” inside her. Furiosa is touched. She continues allowing Joe to rape and beat the women, one of whom soon apologizes to Furiosa for being mean. She’s just jealous, too! Women, amirite?

When Furiosa is replaced by chastity belts and reassigned to a new war rig, suddenly these ladies see the light. “Furiosa showed us how to be strong… as women!” one of them exclaims. “We are not things!” Um, wut? She showed you how to be strong… by standing in the shadows as you were viciously abused? By controlling your reproductive choices? How do you figure, exactly? Then the girls all link hands and forgive each other because girl power. (That figure you see in the bottom panel is Giddy, harem keeper/teacher/defender of the patriarchy.)

Furiosa comes back to take the women away because she “needs them.” (Not sure why. Maybe girl power?) She tells them that if they want to live, they must come with her, but she warns them several times that it won’t be easy. (Not like living in the lap of luxury here in Immortan Joe’s Rape Palace.) This was not the collaborative jailbreak scene I’d imagined; Furiosa is essentially threatening the women with their lives if she doesn’t do what she says.

And then we’re left with the oh-so cheerful reminder that history repeats itself, and more storms are coming in present day. Apparently events after the movie’s end have not gone well. Probably because a woman was left in charge!

Obviously, there are a lot of problems here. (I haven’t even mentioned the homophobia; I recommend Ana Mardoll’s page-by-page breakdown of all the ways Furiosa fails.) But the worst is how complicit Furiosa is in the suffering of the women. As one of Joe’s previous “wives,” she’s known all along what goes on in his harem—long before this group of women ever arrived. Yet she did nothing to stop it. Instead, she perpetuates a savage system of rape and violence, in word and deed.

When Furiosa does step in, it’s not to save the women; it’s to save their unborn fetuses. Furiosa is just another version of Joe, who sees the women as carriers of children to be ordered around like chattel. She is a figure not of freedom and equality but of more repression.

I’m a firm believer that women can write men and men can write women. Humans can write humans. But first, it’s necessary to see women as humans. The ladies of Furiosa are drawn from old stereotypes and poorly thought-out clichés. There is no redemptive arc for the women; there is only more of the same.

In a way, seeing how the story could have been handled gave me a greater appreciation for how it played out on the screen. Mad Max: Fury Road was a much bigger production than Furiosa, yet it served up more diverse and more realistic characters–characters with their own personalities and backstories and motivations, characters who feel real and relatable. It’s proof that diverse, realistic women can bring in a LOT of money.

If you need me, I’ll be getting another dose of Furiosa… by watching Fury Road again.