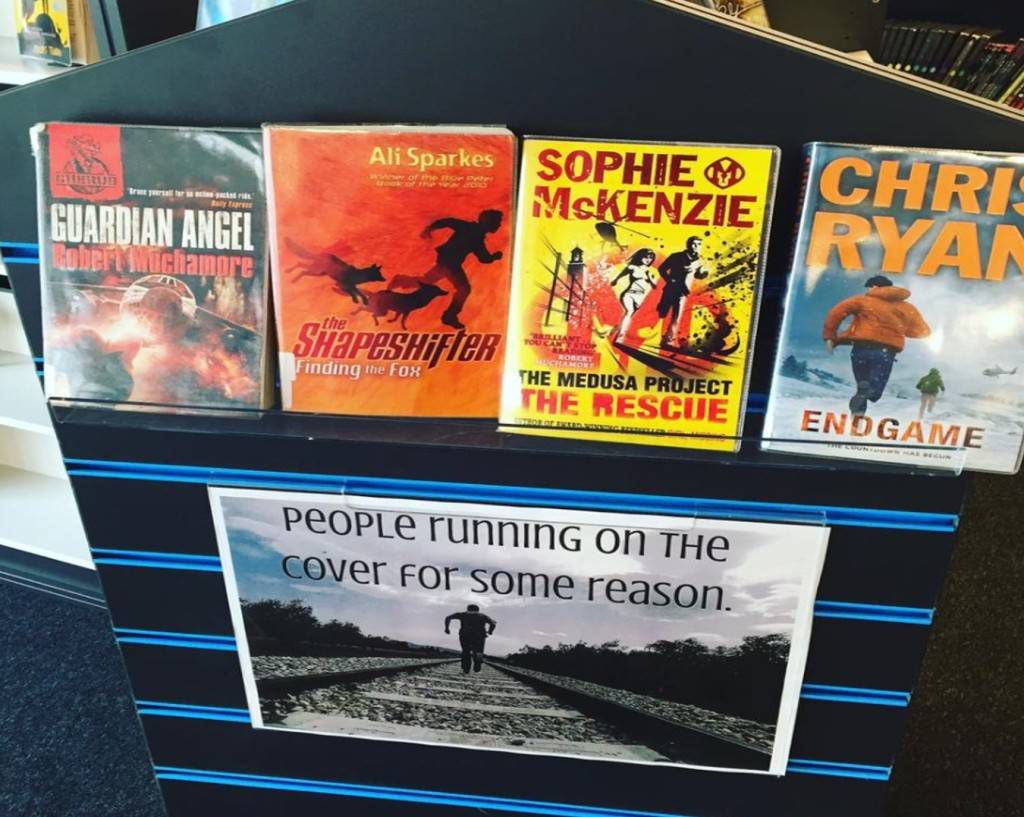 I fully believe in the power of funny book displays. As a high school librarian, I rely heavily on book displays. They are great ways to attract both seasoned and reluctant readers alike.

Initially, I created displays that simply advertised the books as-is. I quickly discovered that teens (and adults) react better to humour. In any situation, it’s important not to talk down to people or hit them over the head with information. It’s surprisingly easy to do that with book displays. 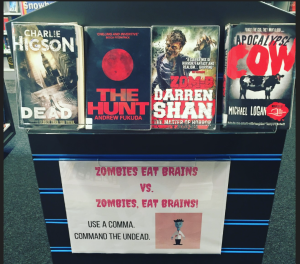 Using humour avoids these pitfalls. It’s a way of saying “Hey, here are some cool books that I like. You might like them too.” It catches people’s attention and makes them laugh (hopefully). 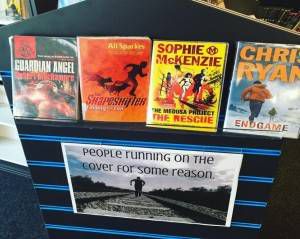 Those crazy teens and their running.

I once heard someone say that you should take your job seriously but not yourself. I think about that statement a lot when working with teens. Teenagers don’t like anything that appears to be trying to hard. Funny book displays are a great way to level the playing field.

Letting students know I have a sense of humour has additional benefits. It tells them that I’m approachable and open to new ideas, and hopefully lets them view the library as a welcoming, fun place to be. 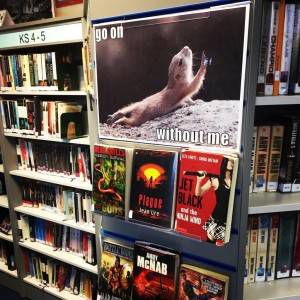 I like funny book displays that are unique and of course, make people laugh. As a comedy nerd, I’m always on the lookout for new ideas.

I don’t care if the displays makes the students’ eyes roll, they are pre-programmed to do that anyway in my opinion.

Also, I’m confident that they enjoy them, because circulation in the library doubled after my first year, and has risen steadily since. This of course isn’t related entirely to funny displays, but it’s a big part of it.

It also keeps me on my toes as I try and rotate the displays on a monthly basis.

It’s also not just about putting funny signs above the books, I try to ensure the library is chalk full of funny, positive signs to keep students coming back. 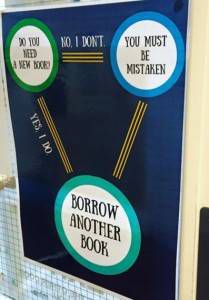 You can’t argue with info-graphs.